Notes from the sidewalk 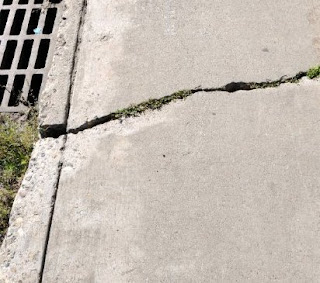 Notes from the sidewalk

Often I walk the streets of Steinbach. Sometimes I take notes. These are from 2017.

Went for a walk today, and it was good for my soul.

(a) Dropped off some books at the library and at the front desk met a good Facebook friend whom I've never met previously in person.

Then (b) stopped at a local convenience store and purchased my favourite pipe tobacco (sometimes out of stock, but not today); purchased pipe cleaners (almost always out of stock, but not today); plus was approached at the till by an elderly gentleman who says he reads my newspaper column regularly, likes them, and clips them out to save them (I was half expecting a heated debate).

Then (c) dropped by the store that sells my restored pipes and was given some cash (nice!). On my way home (d) helped an on-foot, lost, out-of-town woman find the street on which her daughter lives (we had a nice chat in our search).

I walk for exercise and to keep from succumbing to depression.

On my walks I often bump into a fellow who is, so to speak, "vulnerable." He has some mental issues, wanders the streets, and usually asks me for money (which I give him in small doses). I pray for him fairly regularly, usually without much thought.

Today he ran up to me. My immediate response was to think about how much cash I had in my pocket and how much (little) to give him.

But HE took out his wallet and said, "You've given me much, so today I want to give you something." He then handed me a 20 dollar bill. I offered to give it back to him, but he refused. Then he said, shaking my hand, "I care about you."

I walked home in tears.

In recent years I often enjoyed short visits with a 90-plus-year-old gentleman named Alex. Alex regularly read my column, and he encouraged me. I learned about Alex's rich life and quickly grew to admire him.

In one of our conversations Alex mentioned he was in the second wave of troops that hit the beaches of Normandy on D-Day. I asked Alex how long that was after the first wave. He said six minutes. (Yes, when I think of Alex I think of the extended battle scene at the beginning of Saving Private Ryan.) It also turns out that Alex helped liberate the Netherlands, where my parents were living under Nazi occupation.

P.S. Alex was married to Helena for 70 years. Helena passed six months after Alex. Their house has been sold and demolished.

Today I walked by the space that once was their home. The emptiness is profound, even painful. I remember them with gratitude.

Sometimes on my walks I stop at our local Thrift Shop. Often when I stroll through the book section I whisper, "Please guide me." Today after I whispered that prayer, the words "Gulag Archipelago" immediately came to mind. A split second later I spotted volumes 1 and 2 of Aleksandr Solzhenitsyn's Gulag Archipelago for $1.00 each. I purchased them.

Solzhenitsyn's Gulag Archipelago describes a society (former Soviet Union) that slipped into dealing with politically incorrect citizens by creating a far flung system of prisons and forced labour camps in which millions perished.

I wonder if we in the West are headed in this direction.

In chapter 2 of book 1, Solzhenitsyn describes the history of the prison system. These words haunt me: "[I]f people had been heroic in exercising their civil responsibilities, there would never have been any reason to write either this chapter or this whole book."