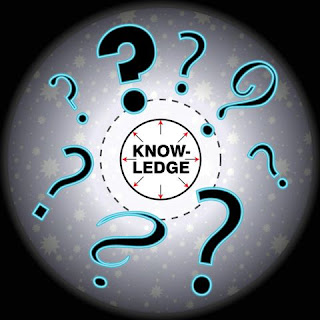 Critical Thinking Clarifications Continued: Opinion vs. Opinion
In contemporary popular culture the art of argument and critical thinking seems to have become a sometimes forgotten art, if not a lost art. Moreover, lack of proficiency in this art seems due in part to a blurring of (at least) four important conceptual distinctions.

The following claim often signals the end of what may have begun as an interesting conversation about an important topic: “Everyone is entitled to their opinion.” The idea is that all opinions are equal, and so we can’t go any further intellectually. In other words: please shut up.

Legally and politically, the claim that everyone is entitled to their opinion is true (at least in most Western countries). Logically and evidentially, however, the claim often is not true.

Also, yes, we do have the right to hold any opinion, but that doesn’t automatically make the opinion wrong either. It could be that an opinion corresponds with the facts. In my opinion, the moon is made of some sort of rock. In my opinion, there’s no good evidence for thinking that suicide is a ticket to ride on a spaceship.

On the mere opinion end of the continuum, an opinion is basically a guess or an ungrounded intellectual stab at getting something right. For example, in my (mere) opinion, when my car engine sputters it’s because of some moisture in the gas line. I confess: I am not mechanically inclined, so I’m guessing—and I’m probably mistaken. The sputtering is probably due to dirty spark plugs, or a plugged air filter, or a malfunctioning carburetor, or…. You get the picture. (And, yes, unscrupulous mechanics usually smile with dollar signs in their eyes when they see me walk into their garage.)

On the other end of the continuum, we have opinion as reasonable belief. Such an opinion is well supported by good arguments and evidence and so we are justified in our confidence in thinking the opinion is probably true. Such opinion verges on knowledge or perhaps even is knowledge.

For example, my son’s opinion that his BMW has more horsepower than Ma and Pa’s ancient Mazda is an opinion that’s supported not just by the wonderful (but all too short) drive I was allowed to have in the BMW, but also by various reports from automotive experts. My son’s opinion is not a mere opinion; it’s a reasonable belief.

Another example: Let’s say that you have five doctors’ opinions which say you have cancer. Surely, it would be reasonable to think that you do have cancer! (Hopefully you don’t have cancer, but you get the point.)

In between the two ends of the opinion continuum—i.e., between mere opinion and opinion as reasonable belief—we have opinions that are either weakly or strongly supported, depending on the quality of the evidence and arguments that have been mustered.

So, what should we do the next time we set out a claim backed up with some good reasons and then someone dismisses our view saying, “Well, that’s just your opinion” or “Everyone has a right to their opinion”? We can respond (politely), “Yes, this is my opinion, but it’s not a mere opinion; it’s a reasonable opinion. I’ve got some good reasons for it. So which of these reasons do you think are problematic, and what are your reasons for thinking this?”

Happily, having dispensed with the mind-numbing everyone-is-entitled-to-their-opinion mantra, we could now have a conversation that actually respects the mind of the person with whom we’re talking.

Next week: tolerance vs. tolerance.

I couldn't help but notice that your last three columns have been completely uncontroversial (if the number of comments or objections per post is any indication). I wonder exactly why this is so. Perhaps this is because there are certain things that almost everyone can recognize or figure out intuitively, regardless of (or in spite of) one’s worldview or philosophical inclinations? Or perhaps it is because some things, like the basic critical thinking distinctions which you have been discussing in your recent columns, seem so unavoidable or foundational that denying them just seems absurd.

Do you (or any other readers out there) have any thoughts on this? I ask because I am interested in the aspects of reason that are common to all people (I am also interested in how different philosophies attempt to explain this phenomenon).

Thanks again for your column, I hope that it continues to get the public interested in critical thinking.

Yes, there does seem to be, as you suggest, some philosophical theses that are intuitively obvious, regardless of (or in spite of) one’s larger philosophy or worldview, and whose denial seems rationally unacceptable, if not plainly absurd. I’m thinking of properly basic beliefs. In my list of such beliefs I would include the following: the principle of non-contradiction, valid argument forms, memory beliefs, the belief that my everyday perceptions of the world are veridical, belief that the world has existed more than five minutes, belief in the existence of other minds, belief that whatever begins to exist has a cause, belief in the legitimacy of inductive reasoning. Of course, the obviousness of these theses may be clouded by philosophical fog (due to a failure to make some important conceptual distinctions), so sometimes philosophical fog-clearing might be needed.

(Note: I am also inclined to add to my list of properly basic beliefs some moral beliefs and perhaps even belief in God, but I realize that’s stepping into some controversial areas, which might need much argument for clarification, so I won’t list them here. But I will say that I think these latter two beliefs can be reasonable conclusions of publicly accessible argument.)

In support of our knowledge of some philosophical theses having to do with the objectivity of our knowledge of the mind-independent, non-socially-constructed external world, I recommend Paul Boghossian’s Fear of Knowledge: Against Relativism and Constructivism (Oxford University Press 2006). Boghossian is a philosopher at New York University. His PhD is from Princeton. I recommend Boghossian to anyone who wishes to understand why the mainstream of English-speaking contemporary philosophers does not generally accept anti-objectivist, social-constructivist conceptions of truth and rationality. Responding carefully to the best of the social constructivists’ arguments, and limiting these arguments to their legitimate spheres, Boghossian makes a strong defence of the truth of our non-socially-constructed knowledge of, and reasoning about, the world. Boghossian concludes (correctly, I believe): “The intuitive view is that there is a way things are that is independent of human opinion, and that we are capable of arriving at belief about how things are that is objectively reasonable, binding on any one capable of appreciating the relevant evidence regardless of their social or cultural perspective. Difficult as these notions may be, it is a mistake to think that recent philosophy has uncovered powerful reasons for rejecting them.” (130-131) In other words, the rejection of the intuitively obvious fails, so the intuitively obvious remains.

My answer to the why question: we are designed by God to seek and know truth and, ultimately, Truth (and this fits well with my larger cumulative case argument for the Christian God).

I realize that my answer is controversial. But I am persuaded that the answer is a philosophically respectable one. For a bit more discussion on the philosophical significance of our mind’s ability to discern and know truth, see my Apologia column (and commentary) “Christmas, Evolution, and Narnia” (December 30, 2008). For a sketch of my larger cumulative case argument for God’s existence, see my columns: “Does God Exist?” (March 12, 2009), “DNA & Intelligent Design” (March 26, 2009), “Did Easter Happen?” (April 9, 2009).

I would drop "whatever begins to exist must have a cause" from your list. With the exception of that one, the members of your list seem to be "universal" in the sense that one cannot have a meaningful discussion with someone who disputes any of the premises.

It's good to hear from you. I'm glad that we're very much on the same page regarding the list of intuitively obvious beliefs.