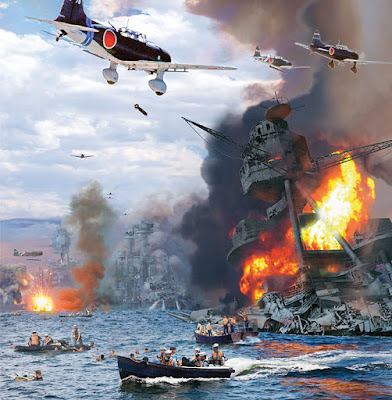 When Japan attacked Pearl Harbor, it awakened the industrial and military might of the U.S., which ultimately resulted in Japan’s defeat.

If Manitoba’s government is correct, COVID and its variants have attacked Manitoba. We should awaken, then, and respond as if going to war—a Just War.

Just War is characterized by justice.

I suggest a Just War strategy with two parts, which should occur simultaneously.

First, and as fast as possible, we should grow our army—bigtime. We are no longer at peace, so the numbers of our doctors, nurses, and related staff should increase hugely.

Let’s get more people into boot camp and begin rigorous training right away. And let’s fast track the process without impinging on quality.

Yes, these things take time. But, apparently, if we’ve learned the lesson of the last year, we’re in it for the long haul. Keep in mind it took almost four years to defeat Japan.

Also, as in war, our army needs the appropriate tools for war. More vaccines, of course. But also more—many more—ICU beds.  (Heck, the number of ICU beds in Manitoba couldn’t handle the crash of an airliner in peacetime.)

And maybe even more hospitals—maybe even those portable emergency hospitals that Samaritan’s Purse uses (kind of like the hospitals in the old popular TV show M.A.S.H.).

And much better care for the elderly, who are most vulnerable.

Yes, these things cost money—lots of it. So, like in wartime, we should redirect government spending to the war effort.

No doubt, many more steps could be taken to redirect government spending. These flashbacks should stimulate some ideas: Remember the enormous yellow rubber duck our federal government funded with $250,000? Remember the 2017 temporary skating rink at the Parliament buildings in Ottawa which cost taxpayers $8.1 million? Remember Prime Minister Justin Trudeau’s $1.66 million family trip to India in 2019, complete with celebrity chef? (Feel free to leave suggestions about redirecting government spending in the comment section.)

Second, and concurrently, we should make every effort not to injure or kill our own people by friendly fire. (“Friendly fire” is a military euphemism for accidentally shooting one’s own people.)

Stringent social restrictions and lockdowns are probably well intentioned (as is friendly fire), but their efficacy is problematic. If social science has taught us anything, it’s this: people are social creatures—they need a good social life to flourish. It turns out that reducing social contacts takes a serious toll on human well-being.

Suicides, depression, drug and alcohol abuse, family breakdown, elderly parents locked away alone and suffering—these are on the rise. Much more so than COVID deaths.

There are also harms caused by missed cancer and other disease diagnoses.

In addition, there are harms—serious harms—caused by business closures. To destroy businesses is to destroy livelihoods.

Significantly, many of the casualties of friendly fire are the very people whose taxes pay not only for our peacetime army but also for the war effort. (Reminder: Our government is responsible to taxpayers. Or that’s how democracies are supposed to work.)

The taxpayers must flourish, in other words, so the war against COVID and its variants can be funded. This is true, whether one’s favourite political party is Conservative, Liberal, NDP, or whatever.

But also important are enjoying family life (including extended family), visiting with close friends, getting exercise at the gym, going to work and school, gathering for worship—these can co-exist with reasonable restrictions and help reduce the overall casualty count.

At time of writing, Manitobans received their new COVID restriction orders that will be in effect for the next three weeks. Let’s respect our commanding officers and try to follow those orders.

If the orders are not just, commanding officers will lose the moral legitimacy of their authority. And they’ll lose credibility.

And if the war goes longer than anticipated (as wars usually do), then future calls to action, when actually needed, will probably be ignored.

To win a Just War, strategies that promote justice are needed. 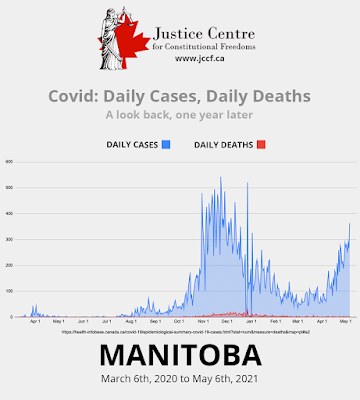