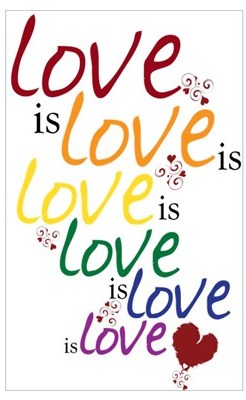 Scripture as well as popular culture also tell us that love is a verb: love involves action. I've even heard it said that beliefs don't make you a better or loving person, it's doing that matters.

But wait. Are we being misled by platitudes? [A platitude is a commonplace, shallow, trite remark that verges on being meaningless; sometimes described as a thought-terminating cliché.]

Pause with me, and think.

First, what about the claim that it’s not what you believe but what you do that makes you a better/loving person? Answer: On its own, it lacks sense.

If you're not convinced, consider this: Ted Bundy (rapist and murderer of more than 20 women) believed what matters is to be daring and willing to rape and murder. Or think about the beliefs of ISIS.

Ideas have consequences, in other words. What's believed is crucial.

Consider this: “I love you,” said the married businessman to his secretary, as the businessman abandons his young children along with his wife who is dying of cancer.

“I love you,” said the pedophile to the child.

“I love you,” said the zoophile to his dog.

“I love you,” said the sadist to his torture victims.

“I love you,” said the masochist to encourage her abuser.

Philosopher David Horner: “what we believe will determine how we behave, and ultimately who we become.”

This means that if we seek to love truly, we should discern—and believe—what is truly right and good and excellent and praiseworthy.

Of course, beliefs not acted upon don't amount to much. To paraphrase the Apostle James: belief without behaviour is dead. But we should also add the whole counsel of Scripture (and reason): behaviour without belief is blind.

Jesus, whom Christians believe is God come to Earth as a human being, teaches that love is of utmost importance. He also teaches us what real love means: to believe and follow Him.

It turns out that following Jesus involves respecting moral law.

Jesus fulfilled the law, but He didn't abolish it. Jesus set aside the ceremonial and ritual law, but not the moral law.

Jesus even says things like, “you’ve heard you shouldn't commit adultery, but I’m telling you that you shouldn't even think about committing adultery.” Jesus intensifies the moral law.

(Yes, Jesus forgives the woman caught in adultery, but He also tells her to stop sinning.)

Now, in view of Steinbach's recent gay pride parade, consider this: Jesus taught that among the things that defile is porneia, i.e., sexual immorality (Matthew 15:19, Mark 7:21). Porneia is a Greek catch-all term (from which the English “pornography” comes) which, in Jesus' Jewish context, includes any sexual activity outside marriage between one man and one woman.

Is love whatever makes me feel good? Or is there moral truth to love, by which I must judge my feelings?

(Hendrik van der Breggen, PhD, teaches philosophy at Providence University College. The views expressed in this column do not always reflect the views of Providence.)

Other Apologia columns on related matters for further reading (please read these first, along with my critics' comments plus my replies to critics, before offering a criticism):

Replies to my critics