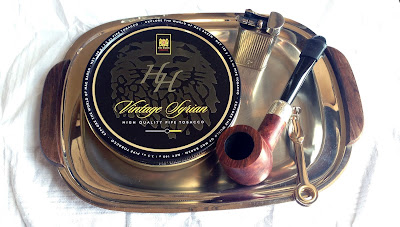 Sometimes I sit on our deck, puff on my pipe, and think. What follows are various thoughts (and questions) concerning the refugee crisis.

● Besides taking in refugees (reasonable people of good will can disagree on the numbers), it's important to keep in mind there are also other ways of helping. These include: (a) stopping the immediate cause of the refugees fleeing their homes, so they needn't flee in the first place (and so they can eventually return to their homes); (b) providing food, shelter, schools, and security in refugee camps (security for all, of course, but especially so religious minorities—Yazidis and Christians—are not persecuted even in those camps); (c) supporting NGOs (such as Samaritan's Purse) as they assist refugees on the roads/ boats; (d) etc.

● All (most) of us agree that we should help refugees, but we might differ on the best way to help. I say: work this out with fear and trembling, and act accordingly, all the while showing respect to those with whom one might disagree. (By "fear and trembling" I don't mean with fear mongering; I mean work it out humbly, before God, acknowledging one's limitations.)

● I favour caring for and accepting refugees, and I favour some degree of caution. I realize there's a terrible urgency in the refugee crisis that stands in tension with my concern for caution. Still, in our zeal to help (which is good), let's at least not engage in faulty reasoning (which isn't good). Let's help wisely. (I don't pretend to have all the answers, but I do believe careful thinking is part of the answer.)

● Doesn't my neighbour (whom I am called to love) include refugees and the folks down the street?

● Careful thinking shows that the analogy between the Syrian refugee crisis and the plight of Jewish refugees fleeing Nazi Germany is not wholly apt.

"There was no international conspiracy of German Jews in the 1930s attempting to carry out daily attacks on civilians on several continents." Also, "A recent Arab Opinion Index poll of 900 Syrian refugees found that one in eight hold a 'to some extent'-positive view of the Islamic State (another 4 percent said that they did not know or refused to answer)." Thus: "A non-trivial minority of refugees who support a murderous, metastatic caliphate is a reason for serious concern. No 13 percent of Jews looked favorably upon the Nazi party."

(Reading assignment: Ian Tuttle, "There are serious, unbigoted reasons to be wary of a flood of Syrian refugees," National Review, November 18, 2015.)

● Treating Muslims with disrespect (e.g., prejudice, burning Mosques, etc.) is wrong, period. But let's keep in mind that we can think carefully about Islam (in its various forms) and not be Islamophobic. It shows respect to people by taking them seriously enough to find out what they believe and what motivates them. It's not phobic to ask questions like: What do you believe? Why believe it's true? It's not phobic to assess the answers using reason and evidence, all the while showing respect to those with whom one might disagree.

● The Bible's calls to war are specific and limited to particular times and places, but the Quran’s call for jihad is open-ended.

● If Islamic "reform" means (at least in part) getting back to basics, what are those basics?


(Hendrik van der Breggen, PhD, teaches philosophy at Providence University College. The views in this column do not always reflect the views of Providence.)

I like Rick Mercer's rant on the current refugee crisis (see Rick's Rant - Refugees). But he misses a couple of important points. I would add the following:

Yes, quickly throw the rope into the sea of grey. Also keep in mind that there's a very small but not insignificant chance of pulling in a shark. (Background information: I watched The Perfect Storm a few nights ago.) In other words, we should couple caution with zeal, so there won't be nasty surprises. ALSO, we should stop those who are forcing people into the sea in the first place.
Posted by Hendrik van der Breggen
Email ThisBlogThis!Share to TwitterShare to FacebookShare to Pinterest
Labels: Islam, Muhammad, Quran, Refugee crisis

A lot of good things to think about. Thanks.