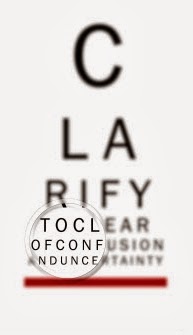 The top local news story for 2013 [in and around Steinbach, Manitoba] seems to have been Bill 18—Manitoba's anti-bullying bill. Quite apparently, the issues raised by Bill 18 are important to many.

Last year in this column I offered several criticisms of Bill 18 (here and here), criticisms held by many thoughtful Manitoba citizens, criticisms our government wholly dismissed (yes, democracy has its problems, but its competitors have worse problems). Last year in this column I also questioned the wisdom of promoting same-sex sex, questions that resulted in insults hurled in my direction plus calls for me to be fired from my teaching job and to be stripped of my PhD degree (not a pleasant experience of the new “tolerance,” to be sure).

I offer my three clarifications not to perpetuate discord, but to reduce discord by helping all of us gain additional insight. My hope is that careful and respectful discussion aimed at truth will serve to promote the greater good in our community.

In 2013 this large evangelical umbrella organization of ministries, which for nearly four decades helped people with unwanted same-sex attractions, shut down. The organization's last board of directors voted unanimously to close Exodus. Also, Exodus's last president Alan Chambers apologized to the LGBT community for the organization's failures. Moreover, Chambers said that "99 percent of people who went through gay-conversion therapy did not lose their same-sex desires, himself included."

No doubt the attitude of many persons toward Exodus International is simply this: good bye and good riddance.

For the sake of truth and clarity, however, it should be noted that there is more to the story.

It turns out that in recent years in Exodus International a considerable shuffling of board members occurred to accommodate the theological/ideological views which reflect those of the president, resulting in an exodus of many ministries from Exodus.

According to Anne Paulk, a former lesbian who is now executive director of Restored Hope Network, "we are at this point half the size of Exodus in ministry number" (in comparison to "the year leading up to their implosion") and "almost all [our members] used be an Exodus ministry." Also, according to Paulk, Restored Hope Network will soon be seeking out other former Exodus ministries to join them. (Anne Paulk, personal correspondence, January 11, 2014.)

What were the theological/ideological concerns? It turns out that the theological/ideological view of the former Exodus president and now defunct Exodus board is what some have called "cheap grace": i.e., there is no requirement to repent of behaviours deemed by Scripture to be sin. (About the "cheap grace" charge, see here and here.) That's significant, surely, and should be taken into account in a charitable and accurate description of Exodus's closing.

What about Chamber's claim that 99 percent of same-sex attracted people don't lose their same-sex desires? I'll use this question to segue to the next section.

It's true that the highly respected psychiatrist Robert Spitzer recently changed his mind about his 2003 study wherein he concluded that homosexual orientation can change to heterosexual orientation. Spitzer decided that his study had a "fatal flaw": i.e., there was "no way to determine if the subject's accounts were valid." The only question his study could answer was the following: "how do individuals undergoing reparative therapy describe changes in sexual orientation?"—a question Spitzer dismissed as "not very interesting." (Robert Spitzer, 2012 letter to Kenneth J. Zucker, editor of Journal of Sexual Behavior; cited in Ex-Gay Watch, April 26, 2012.)

But we should ask: What follows from Spitzer's flawed study?

Spitzer's study focused on 200 individuals. What about others?

Consider, too, the testimonies available at these organizations (which help people with unwanted same-sex attractions): Ex-gayTruth.com; Living Out; Restored Hope Network; X-Gays facebook group. There is even an organization that defends the rights of former homosexuals: Voice of the Voiceless.

Surely, not all people who claim to be ex-gay are lying or self-deluded. Surely, further investigation—i.e., non-flawed studies—should be promoted.

For further reading on Spitzer, I suggest Christopher H. Rosik, "Spitzer's 'retraction' of his sexual change study: what does it really mean?" LifeSiteNews, May 31, 2012. Rosik, a clinical psychologist, is president of National Association for Research and Therapy of Homosexuality (NARTH).

To properly understand the new pope's now-famous and apparently pro-gay remark we should consider context. Here's the Pope's famous remark: "If someone is gay and he searches for the Lord and has good will, who am I to judge?" Yes, without context, this almost seems as if Pope Francis is giving the Church's approval on homosexual sex.

But he isn't. Here's a summary of the crucial context, as reported by Christian Post: "Pope Francis, in some of the most conciliatory words from any pontiff on gays, said they should not be judged or marginalized for their orientation and should be integrated into society, but he reaffirmed Church teaching that homosexual acts are a sin." (See "Pope Francis 'Will Not Judge' Priests for Sexual Orientation, Reaffirms Catholic Stance on Homosexuality, Women, Abortion and Sin," Christian Post, July 29, 2013.) In other words, the pope—following Jesus' example—continues to love the sinner while condemning the sin.

Jesus loves all sinners—i.e., Jesus loves all of us—whether we are homosexual, heterosexual, bisexual, transgender, or whatever. Jesus calls us just as we are to come to Him for forgiveness and grace, and He calls on us to turn from our sins and follow Him.

In closing, I pray that 2014 will be characterized by all of us encouraging one another to carefully seek truth and to do so while showing respect to those with whom we disagree. I hope that my column will be helpful in this regard.

Excellent post, Hendrik. Truth is always more expressive of love, than appeals for harmony on issues that compromise truth.

I enjoyed your post. Thank you for sharing the link to my article. My ministry is about helping folks to see that yes you can walk away from your same gender attractions though you can not do it on your own, it is through a personal relationship with God, a close obedient walk to His Word, and a loving Church willing to walk with you.