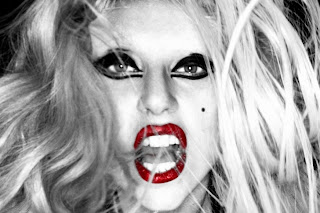 Several weeks ago I had the pleasure of seeing the play Schoolhouse, authored by Canadian playwright Leanna Brodie and performed at Providence University College, the school at which I teach philosophy. It spurred me to think deeply about diversity.

Before I begin, let me say (brag) that the play, a fictional story about a rural one-room school in 1938, was done with excellence. I am confident that the cast and crew of Providence’s production of Schoolhouse made all who are affiliated with Providence proud. The acting and stagecraft were superb.

In Schoolhouse, in a song by a likable character named Milton, Brodie ably presents an instance of the false dichotomy fallacy, a fallacy that seems to darken the minds of those inclined to ostracize and bully others.

(The false dichotomy fallacy is the mistake in reasoning wherein two alternatives are set out as if they are the only two alternatives, but in fact there is a third, unnoticed alternative. That we tend not to notice the third alternative leads us astray in our thinking.)

“Everyone should be like me,” sings Milton. The moral gist of Milton's song is that if you’re not like Milton (i.e., not like me or us), then you’re bad—and thus a target for “othering” or bullying. Enter the dichotomy that either you’re like Milton or you’re bad. However, as Brodie makes clear in the play, there is a third (and fourth, etc.) alternative: i.e., there are many good people who are not like Milton!

Brodie is correct in her critique of those whose thinking (narrow-mindedness) is mistakenly limited by the two alternatives—the false dichotomy—implied by Milton's song. For this, Brodie is to be commended.

For many today “diversity” makes mere difference a sufficient condition for moral approval. For many today the mere fact of difference seems enough to justify a moral position or public policy as good.

Think of Manitoba’s proposed anti-bullying Bill 18 and its call to respect “human diversity,” including the unqualified diversity of “all sexual orientations and gender identities.” (Note: The word “all” is in the bill. Think about what “all” could mean.)

Or think of the popular song “Born This Way” in which Lady Gaga celebrates various diversities, including sexual diversity, “'cause God makes no mistakes.”

Diversity—difference—is assumed to be a good.

But is mere difference a sufficient condition for moral approval?

Now we should ask: Is this a new version of the false dichotomy fallacy? Is there an unnoticed third alternative?

Think about serial rapist (and murderer) Ted Bundy. He had sexual propensities and urges that are different. But, surely, Bundy was bad.

Pedophiles have propensities and urges that are different, too. So do people who are prone to alcoholism, temper tantrums, lying, thievery, greed, gossip, gluttony, etc.

In other words, the appeal to “diversity” as a justification of a moral position or public policy requires further thinking. We should ask: Is acting out on a difference good for one's self or others? Or not?

With all due respect to Lady Gaga, “born this way” doesn't mean we ought to act this way.2

(Hendrik van der Breggen, PhD, is assistant professor of philosophy at Providence University College. The views in this column do not always reflect the views of Providence.)