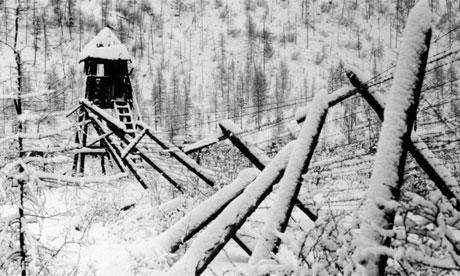 Utilitarianism is a theory of ethics that appeals to many people today. I will explain utilitarianism plus look as some pros and cons. Although this view of ethics has some important insights, I will argue that it’s incomplete and therefore deeply problematic.

According to utilitarianism, the rightness or goodness of an act (or rule) is to be understood wholly in terms of its consequences: an act is right insofar as it maximizes the utility or happiness for the greatest number.

Historically, two important proponents of utilitarianism are Jeremy Bentham (1748-1832) and John Stuart Mill (1806-1873). Whereas Bentham measured happiness hedonistically (i.e., in terms of maximizing pleasures and the avoiding pain), Mill emphasized the intellectual quality of the happiness. Bentham is famous for the quip, "Pushpin is as good as poetry" (i.e., any pleasure will do), whereas Mill is famous for the quip, “Better to be a human dissatisfied than a pig satisfied; better to be Socrates dissatisfied than a fool satisfied” (i.e., some pleasures are better than others).

Utilitarianism has some positive features.

An act's consequences for others are important, to be sure, so it’s good to account for these consequences. Utilitarianism seems to put a much needed check on self-centered theories such as ethical egoism (the view that what is right or good is primarily what maximizes my self-interest or preferences).

Also, that right actions often do have positive long-term consequences seems to fit well with our moral intuitions.

Utilitarianism, however, has three serious problems, the last of which is the theory's Achilles' heel.

First, utilitarianism faces a practical calculation problem. Though perhaps not an insurmountable problem, calculating relevant the future consequences of an act to make a decision poses a serious difficulty.

The following sorts of questions need to be answered: Do we include only intended consequences, or do we include actual consequences? How far into the future do we go—one year? two? forty-seven?—and why that far?

Also, what about the added difficulty that to make an informed decision we need to be able to calculate the future consequences for all the alternate possible courses of action so we can make a comparison? Perhaps the wisdom of past experience will help here, but it seems that some sort of omniscience is needed.

Second, utilitarianism faces the problem of justifying the nature of "utility" or "happiness." As we've seen, Bentham defines it as maximizing pleasure and minimizing pain, whereas Mill defines it in "higher" terms having to do with intellect. However, although it is possible for individuals roughly to rank their own preferences on an internal sort of scale, it is difficult if not impossible to have a common scale between individuals.

Whichever way the notion of utility or happiness is defined, a further question arises: What justifies this notion? Interestingly, such a justification would require a non-utilitarian argument.

“The standard version of the most powerful objection to utilitarianism runs like this: utilitarianism gives no direction for the fair or just distribution of happiness throughout a group of individuals affected by a rule or an act. All that seems to matter is the aggregate happiness produced by different acts or rules. If the aggregate happiness of all those affected is increased by some act or rule, even if it requires that someone is made very unhappy by it, or (more strongly) is treated unjustly by it, then the act or rule in question seems to be what utilitarianism recommends."

O'Connell adds: "[U]tilitarianism seems to require that one adopt any rule or action that maximizes utility, even though the act or rule may be ethically repugnant or morally unacceptable. Cases can be easily imagined in which torture, lying, murder, or adultery would certainly maximize the sum of happiness or reduce unhappiness.”

Consider, for example, the human rights problems of the former Soviet Union: millions of lives were sacrificed to usher in the goal of the classless society wherein the greatest happiness would obtain for the greatest number. This was utilitarianism in action.

Also, consider how slavery, human trafficking, abortion, infanticide, physician-assisted suicide, and even self-inflicted suicide can easily be justified on utilitarian grounds. (Pause and think about this. Sensitize yourself to the morally chilling direction utilitarianism points us.)

In other words, on utilitarianism the end (goal) may be taken to justify any means.

In other words (again), utilitarianism's main problem seems very much to stem from its failure to recognize our pre-theoretic intuition that each human being has objective moral value (real intrinsic worth) which should not be violated.