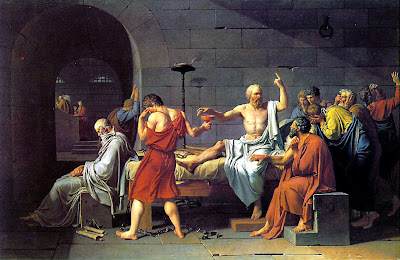 It is with pleasure that I introduce The Carillon’s first installment of my column “Apologia” (pronounced ah-puh-LOW-jee-uh). This column will appear monthly [actually, every other week] and will, I hope, live up to its name.

Apologia is a Greek word that means a reasoned defence or justification of an intellectual position or opinion or even conduct. Plato’s book Apology (c. 399 BC) is an extended apologia, consisting of Socrates’ famous speech delivered at his trial in Athens. Socrates defended himself against charges of corrupting Athenian youth, charges that arose from his relentless questioning of Athenian cultural pretenses. (Apologies, then, don’t always mean sorry.)

The intellectual discipline known as Apologetics (often practiced in university philosophy classes but without using the label) also derives from apologia. Typically, to engage in apologetics is to present reasons for one’s worldview or philosophy, whether one is Christian, Muslim, Marxist, a follower of Ayn Rand, or just plain skeptical. Apologetics may also involve presenting reasons for one’s moral views on, say, abortion, euthanasia, stem cell research, same-sex marriage, war, etc.

For truth-seeking individuals, the doing of apologetics—the presenting of an apologia—involves not only setting out reasons for a position, but also carefully assessing those reasons (a.k.a. critical thinking).

Significantly, any form of apologia involves argument. The sense of “argument” of interest here is not that of raised voices and clenched fists, where more heat than light is usually generated. Rather, the sense of “argument” of interest here involves premises and a conclusion. And we ask of such argument: (1) Are the premises true or reasonable to believe to be true? (2) If true, are they relevant to their conclusion? (3) If relevant, do they provide adequate support for the truth of the conclusion?

Most importantly, any argument in an apologia centers on showing respect to those persons with whom one disagrees. (Yes, I am here influenced by 1 Peter 3:15b.)

Because many people today are eager to belittle or hurt those with whom they disagree (for example, by insult or, worse, by wearing explosives), I am convinced—and convicted—that the art of apologia should be revived. Hence, this column.

Caution: I will undoubtedly err in this column. I hope, therefore, that my mistakes will provide opportunities for us to work together to draw nearer to truth.

Plato calls truth our “common master.” I believe he is right.