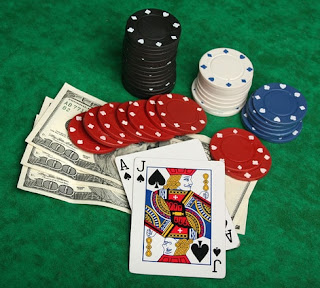 What follows is a slightly edited footnote from my book An Enquiry Concerning Human Abortion, written thirty-something years ago. The truth of this footnote remains relevant for us today.

As Canadians know, in October of 1986 abortionist Henry Morgentaler appeared before the Supreme Court of Canada in his campaign against then-extant abortion law. As Canadians may also know, on the opening day of his appeal Dr. Morgentaler expressed his position with these words: “I hope the Supreme Court will grant reproductive freedom to Canadian women and the ability for doctors to provide good medical care” (Maclean’s, October 20, 1985).

As Canadians may not know, Dr. Morgentaler’s position is ludicrous.

Since a human being is reproduced at the onset of pregnancy, the fact remains that the decision/choice to reproduce is made, unwittingly or wittingly, before the occurrence of pregnancy.

Now think about this: Because abortion destroys human beings after the freedom to reproduce has been exercised, and because (according to the Hippocratic Oath and the Declaration of Geneva) good medical care entails the preservation of human life rather than its destruction—and because the Canadian Supreme Court did not and does not curtail the reproductive freedom of Canadian women by legislatively enforcing the use of chastity belts and/or contraceptive measures—it is quite correct to conclude that Dr. Morgentaler has confused the freedom to reproduce with the freedom to kill. He equates “good medical care” with medical expertise in killing.

At this juncture some persons object that if they have taken care to use contraceptive measures and yet become pregnant, then they have the right to an abortion.

My reply: Considering the fact that most contraceptive methods are not 100% foolproof, and considering the fact that one takes a risk when one uses contraceptives (i.e., one risks getting pregnant), one also must accept responsibility for the risk of pregnancy when one engages in sexual intercourse. Why? Because taking a risk entails taking the responsibility for the possible consequences of that risk. Just as in Las Vegas one should accept responsibility for one’s losses when one gambles (takes a risk) and loses, so too in sexual intercourse one should accept responsibility for one’s pregnancy when one takes the risk of becoming pregnant and becomes pregnant. In other words, thinking that one has the right to abort one’s “unwanted child” after choosing to risk pregnancy is more ridiculous than thinking that one has the right to keep one’s money after one has lost it at a Las Vegas Black Jack table.

Back to the present (March 2018): Here are seven takeaways.

2. Canada’s 1988 Supreme Court ruling did not give women the right to abortion. It merely struck down law that required therapeutic abortion committees. Why? Because the committees were not equally accessible across Canada and thus unfair to women. The Supreme Court ruling tasked Parliament with making an abortion law to remedy this unfairness and protect unborn children.

3. Reproduction, i.e., the creation of a child conceived via sex, occurs before abortion takes place.

4. Michael Bauman, PhD, Professor of Theology & Culture, Hillsdale College: “When pro-choicers have unforced sex, they are choosing. That is freedom of choice. When they decide to kill the child conceived during that sexual encounter, that is freedom from choice. They chose; now they want to be free from the consequences of that choice, even if someone has to die.”

5. Only a small fraction of total abortions occur in the case of rape (forced sex).

7. Unlike losses at the Black Jack table, a child is a blessing.

Hendrik van der Breggen, PhD, is Associate Professor of Philosophy at Providence University College, Manitoba, Canada. The views expressed in this column do not always reflect the views of Providence.