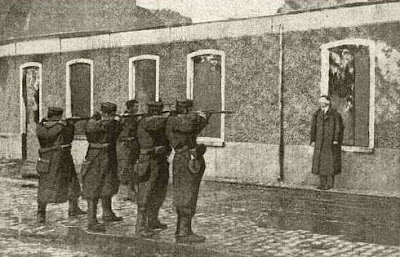 A fallacy is a mistake in reasoning or argument. Some fallacies are so common that they have been given their own names. The ad hominem fallacy is the mistake of criticizing an arguer instead of his/her argument, when doing so is not relevant. (Argumentum ad hominem is Latin for “argument to/against the man.”)

The ad hominem fallacy occurs when something about the arguer’s person—his/her character, attitude, ethnicity, race, religion, sex, circumstance, or even behaviour—is attacked instead of the truth claims or logical structure of the argument presented, when this something about the arguer’s person has no bearing on the truth or logic of the argument presented.

Some instances of the ad hominem fallacy are easy to spot. Consider the following arguments:

“Einstein is Jewish, therefore his theory of relativity should be rejected.”

“Your doctor is a woman, therefore don’t believe what she says about prostate cancer.”

Clearly, in the above arguments the premise (i.e., the bit before “therefore”) is not relevant to the conclusion (the bit after “therefore”).

But some instances of the ad hominem fallacy are not so easy to spot.

Consider an example from the abortion debate. A pro-life spokesperson—a man—has just set out several detailed arguments for thinking that what is aborted is in fact a human being with the right to life. After his presentation, someone from the audience says the following (loudly and angrily): “You are a man, therefore your arguments against abortion don’t count!”

The above “critique” commits the ad hominem fallacy.

The arguer (the pro-life spokesperson) is being criticized (for being male) resulting in the dismissal of the arguer’s argument (his case concerning the fetus’s status as a human being having rights). Neglected by the critic, however, is the fact that an argument should be assessed on the basis of its merits (or lack thereof), not on the basis of whether the argument has been set out by a male or a female.

The crucial but missed issue is whether the argument is logically cogent; the sex/gender of the arguer is wholly beside the point.

Now consider an example from the homosexuality debate. A gentleman respectfully sets out an argument for questioning the wisdom of celebrating Gay Pride parades, which promote homosexual sex. His argument appeals (1) to a couple of serious medical problems associated with some homosexual sexual practices, especially for males, and (2) to the apparent general difficulty of homosexual couples maintaining long-term monogamous relationships. The response from several critics (stated loudly and angrily): the man is a “homophobe,” therefore we should ignore him.

The above “critique” also commits the ad hominem fallacy.

First, it is important to note that a person can have legitimate, reasonable concerns about a behaviour if there are in fact some serious medical and/or social health issues associated with the behaviour. In other words, not all such concerns are irrational fears or phobias. (As politically incorrect as this may sound, the public does have a legitimate interest in behaviour that may harm people, cost public health dollars, and/or promote domestic arrangements which aren’t in the best interests of children.)

Second, neglected by the critics is the fact (again) that an argument should be assessed on the basis of its merits (or lack thereof), not on the basis of whether the argument has been set out by a homophobe or a non-homophobe.

The crucial but missed issue is whether the argument is logically cogent; the homophobic/non-homophobic attitude of the arguer is wholly beside the point.

Of course, sometimes ad hominem arguments are not fallacious, as, say, when a smart lawyer presents good evidence for thinking that a witness is not trustworthy and so the witness’s testimony should not be accepted.

How, then, can we tell the difference between acceptable and non-acceptable ad hominem arguments? Answer: Via the art of critical thinking—coupled with the courage not to be intimidated by irrelevant personal attacks.

Of course, an argument can be made that increased disease spread among homosexuals is present because research into diseases associated with homosexuality is suppressed, while research into diseases associated with heterosexuality is not. Similarly, the "apparent general difficulty of homosexual couples maintaining long-term monogamous relationships" seems to stem from the persecution of gays and their need to hide. So the "pride parades" may be a tool to reduce that difficulty. In essence, the consequences have been effectively manufactured by the very people seeking to outlaw certain behavior.

1. Your conclusion is stated too strongly, given the qualifications of your premises. Your first claim is prefaced with “an argument can be made….” Your second claim is prefaced with: “Similarly [an apparent difficulty] seems to stem….” You conclude with: “In essence, the consequences have been effectively manufactured….” You should weaken your conclusion to something like: “So an argument can be made for thinking that the consequences have been effectively manufactured….”

2. Okay, I concede that such an argument can be made. The issue, however, is whether such an argument is a good one. Yes, it’s possible that research into diseases associated with homosexuality is being suppressed. But is it in fact being suppressed? Merely stating a possibility isn’t enough. Your claim needs to be supported with evidence. And, yes, it’s possible that the apparent general difficulty of homosexual couples maintaining long-term monogamous relationships is due to the persecution of gays and their need to hide. But is it in fact due to such persecution and hiding? Again, merely stating a possibility isn’t enough. Evidence is needed.

3. There is considerable evidence for reasonably believing that there are in fact various health problems associated with homosexual sex. Surely, in an open society these apparent problems should be discussed reasonably, without fear of anyone being persecuted for being homosexual, and without fear of anyone being unjustly labeled a “homophobe,” both of which effectively shut down open discussion.

For some evidence for thinking there are in fact some health problems that need to be addressed, here are a couple of websites:

• The medical issues page from NARTH/ National Association for Research and Therapy of Homosexuality.

• The position statement on homosexuality from CMDA/ Christian Medical and Dental Associations.

P.S. Here’s a link to a letter I wrote in 1996 to the University of Waterloo student newspaper The Imprint: "Hendrik's done his homework". The statistics I cite in the letter are now dated, of course, but my overall argument strategy may still be of some interest to the current discussion. I had some critics whose letters are worth reading, but (at risk of seeming arrogant) I will also say that my responses to these critics are worth reading too.

For an up-to-date summary of what the research on homosexuality shows, see Journal of Human Sexuality: What Research Shows.