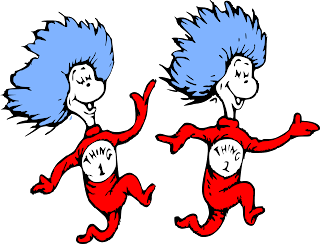 
“Be tolerant” is today’s oft-heard moral imperative. This principle of tolerance sounds good, but careful thinkers should ask: Is it sound?


It turns out that there are two senses of “tolerance.”  Let’s call them Tolerance 1 and Tolerance 2. (If my labels seem to lack imagination, blame Dr. Seuss.)


Tolerance 1 is the contemporary popular understanding of tolerance. On this understanding, all views or identity claims and expressions are accepted as equal and true and good.


“It’s all interpretation” or “it's all perspective” or “it's all feeling” or “it's who I am,” so a view/ identity/ expression may be “true for you, but not for me” (and vice versa).


According to Tolerance 1, you are intolerant if you disagree with someone’s ideas or self-identity or self-expression/ conduct. To say someone is actually mistaken or wrong violates Tolerance 1. Such intolerance is a “sin.”


From the point of view of reason and truth, it’s simply not the case that all ideas, feelings, and expressions are equal.


Also, feelings can be mistaken. A woman who constantly feels she is—identifies as—overweight when she actually isn't, and thus expresses her identity by dieting to extreme, suffers from anorexia nervosa.


In other words, Tolerance 1 is an epic fail.

Tolerance 2 is the classic understanding of tolerance.


This is the practice of forbearance toward persons who hold beliefs or engage in conduct with which one strongly disagrees. (Forbearance involves patience and showing respect to those with whom we disagree.)


Tolerance 2 is a willingness to accept a person’s right to espouse a view or express themselves or engage in behaviour even though we think the idea is mistaken or the conduct unwise or even immoral.


But, according to Tolerence 2, intolerance is not always a sin.


In addition, I dare say, parents are appropriately intolerant of educators who claim (falsely) that the parents' child is actually the opposite sex. Why? Because just as an anorexic's feelings are mistaken about being overweight, so too a child's feelings can be mistaken about sexual identity.


Answer: We are to say what’s true and good. How? By using careful reasoning and careful investigation of evidence to discern what’s objectively true and good.


Hendrik van der Breggen, PhD, is associate professor of philosophy at Providence University College. The views expressed in this column do not always reflect the views of Providence.