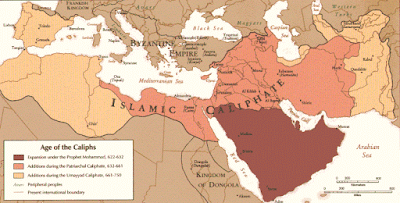 What follows are some of my thoughts about Islam and Christianity.

Before I begin, please know this: Vandalizing Mosques or otherwise treating Muslims with hatred and disrespect is wrong, period.

But know this, too: Thinking carefully about Islam is NOT Islamophobia. One can have non-phobic, reasonable concerns.

The focus of Islam is the Qur'an and Muhammad. Muhammad, according to the Qur'an, is the “seal of the prophets,” i.e., Muhammad is God's latest and greatest prophet. He calls us to submit to God and His Messenger (Muhammad).

According to the Qur'an, Jesus is to be respected. But, although born of a virgin and doer of miracles, Jesus is merely a prophet. Jesus is not God in human flesh, contrary to the New Testament.

According to the Qur'an, and contrary to the New Testament, Jesus didn't die on the cross (somebody else did) and Jesus didn't resurrect bodily after death.

About the Qur'an: Its revelation about Jesus comes to Muhammad via an (alleged) angel, 600 years after Jesus' life, 1000 kilometers away, in a cave.

About the New Testament: It contains historical testimony for Jesus' life that is close to the events temporally and geographically (i.e., it contains accounts of eyewitnesses and close associates of eyewitnesses).

According to the Qur'an's last revelation, Muhammad orders his followers to kill infidels, i.e., those who don't agree with his views about God.

According to Islamic tradition (hadith) and biographies of Muhammad (sirah), Muhammad is a warlord, responsible for hundreds of murders plus the enslavement of men, women, and children.

Also, according to Islamic tradition and the Qur'an, Muhammad has a low view of women (their testimony is worth half that of a man, more women than men will be in hell, they can be beaten) and Muhammad married a girl when she was six, consummating the marriage three years later.

Yes, the Bible has calls to war in the Old Testament. But the Bible's calls to war are specific and limited to particular times and places, whereas the Qur'an's call for jihad is Muhammad's latest revelation and is open-ended—and continues.

Yes, most Muslims don't follow the violent Muhammad, which is good. They elevate his peaceful traits above the violent.

If Islamic “reform” means (at least in part) getting back to basics, what are those basics?

We live in an open society. Surely we should encourage investigation of the evidence of competing religious truth claims, while showing respect to those who hold them.

Love and truth-seeking can co-exist.

(Hendrik van der Breggen, PhD, is associate professor of philosophy at Providence University College. The views expressed in this column do not necessarily reflect the views of Providence.)