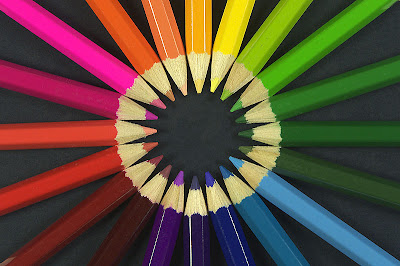 I hope that readers are not tiring of my recent barrage of columns wherein I challenge skepticism concerning our knowledge of the external world. I am convinced (and convicted) that knowledge of the world external to our minds is important. Why? Because we can know (albeit fallibly and non-exhaustively) some truths about the world—and these help us to know, with further investigation, some truths about God.

Should we succumb to the how-do-you-know-I-see-the-same-colour-as-you objection? I think not. Here are four reasons which work together as a cumulative case argument to diffuse the objection’s apparent logical force.

Reason 2. From scientific investigation of the world, we know the physical world well enough to realize (a) that a colour has a particular wave length which distinguishes it from other colours, and (b) that we humans are very similarly constructed (physically), and so (c) we have some prima facie good reasons for thinking that Joe is seeing the same colour as I am.

[A brief discussion of prima facie may be appropriate here. Prima facie is Latin for "first face" or "on its first appearance." In ethics, to say that action X is one's prima facie moral duty means that X is one’s obvious moral duty and so ought to be done, though X may yield to a more pressing or weightier moral duty Y. For example, if X means keep my promise to meet my friend for lunch, and if Y means save a child drowning in the wading pool, then, in the absence of circumstances that require Y, I ought to do X. When prima facie is used in epistemology (theory of knowledge) it means that a matter P appears self-evident or obviously true and should be accepted as such, unless a more pressing consideration Q outweighs it. For example, if P means I know I have a nose on my face, and Q is a good reason for thinking I don't have a nose on my face, then, in the absence of Q, I ought to go with what's obvious, namely, P, that I know I have a nose on my face.]

So, in the absence of good reasons for thinking that Joe isn’t seeing the colour as I do, and until we know of a more pressing reason to think otherwise (e.g., good evidence that Joe is colour blind), we should go with what seems obvious, i.e., that we see the same colour in the same way.

Reason 4. Following an insight from the philosopher Ludwig Wittgenstein (1889-1951), we can also point out that to imagine a doubt isn’t really to have that doubt. We can imagine, say, that the Statue of Liberty is a robot—but that's not really to believe it actually might be a robot. That is, we can imagine the doubt that the statue isn't really a statue, but that's not actually to doubt it's a statue.

That's enough about skepticism (for now).

Christmas is a time when we celebrate the truth concerning the God who allows us to know Him. God has revealed Himself not only in the creation itself but also, and most clearly, in the God-man Jesus Christ—Emmanuel, God with us.

May the beautiful colours of the season add to our joy!

Interesting article Dr. V, thanks. The distinction between logical possibility and epistemic probability is so crucial for many of these sort of objections. Same goes for Wittgenstein's insight.

Now if only sound reasoning could cure the slight colour blindness I've inherited from my dad :)

About the slight colour blindness, please know that we, your colleagues at the Philosophy Foosball Club, will be happy to offer our opinions on the aesthetics of any mismatched colours you might be wearing to the PFC lunches. (Of course, our opinions should be taken with a large grain of salt, so to speak.)

I have a thought in regards to the first point. You are correct in that we know what we see and should not doubt that what we individually see and call red is in fact actually red for us.

But how does this point help us to compare what I am seeing with what everyone else is seeing? Doesn't this premise in fact strengthen the argument for skepticism?

It would lead to a utilitarian skepticism. Sort of a "I know what I see and you know what you see but we don't know that we see it exactly the same way but that doesn't really matter because it works" skepticism.

First, I received your Christmas gift. THANK YOU SO MUCH! What an awesome surprise that was. I'm very flattered, and have already started reading it aloud to my wife. Perhaps I'll review some of the contents on my site.

Second, a simple question: do you equate atheism with skepticism? I'm curious because there are certainly atheists out there who do not condider themselves skeptics because skepticism is a form of mysticism about the world. For example, George H. Smith, who wrote the classic atheist essay, "Atheism: The Case Against God".

Also, do you think that believing Christians can also be skeptics?

I'm aware that my questions are blurring the boundaries between epistemology and metaphysics, but given the religious predilections of this site, I have to ask because I think your ventures into epistemology (specifically skepticism) have to be directed toward a focus. And in this case, you have admitted that dispensing with epistemological skepticism can help show forth the legitimacy of believing in God (metaphysics).

Thanks for your thought. Here are some thoughts in reply.

1. Keep in mind that not every line of argument in a cumulative case argument gets, by itself, decisively to the conclusion. The lines of argument work as a group. Some arguments may be stronger than others. Think of the arguments in a court of law: various lines of evidence individually don’t make the case, but they can converge onto the conclusion/verdict and in this convergence provide additional support. Though 100% support isn't achieved, the various lines of evidence/ sub-arguments can get us to a level of support that's beyond a reasonable doubt.

2. That I truly know the external world (fallibly and non-exhaustively) is not impinged upon epistemologically by my not having first-hand knowledge of what goes on in the minds of others. I still know the world—e.g., that I have, say, a red nose on my face—even though I can’t crawl into the heads of others to experience what others know. Just because I don’t know that you see (or don't see) the same thing as I do, doesn’t impinge on the veridicality (truthfulness) of what I see nor on the accuracy of my knowledge. I don’t have to get into your head to know directly that some things (such as my having a red nose on my face) are actually and truly the case.

3. Is what I know (e.g., that I have a red nose on my face) just true for me? Does this strengthen skepticism and lead to what you call a “utilitarian skepticism”? I don’t think so. Yes, I know what I see, and you know what you see, and, yes, we don’t know (in any absolute sense of “know”) that we see it exactly the same way. However, on the basis of what we know (fallibly and non-exhaustively)—enter the stuff we know from science about colour’s wavelengths and the commonalities of the physical human body, enter the notion of prima facie and the implication that a skeptic must shoulder the burden of proof when what seems obvious is being denied, enter the distinction between logical possibility and epistemic plausibility, enter the distinction between imagining a doubt and having a doubt—that is, on the basis of what we know (fallibly and non-exhaustively), we have grounds, coupled with our first-person knowledge of what seems obviously true to each of us, for thinking that we do know the world in a common sort of way. And these are epistemological grounds, not merely pragmatic (or utilitarian) grounds.

I hope that the above thoughts are helpful.

You're welcome! I hope that you and your wife enjoy the book.

That's the main idea behind Apologia.

(Of course, one can dispense with science, history, ethics, and philosophical reasoning altogether and come to know God directly; but direct knowing, it seems to me, doesn't preclude the knowledge we can glean from science, history, ethics, and philosophical reasoning. In fact, I think that our knowledge from history concerning the life, death, and resurrection of Jesus, allows us to test subjective spiritual knowledge claims; the knowledge from history allows us to "test the spirits". If a spirit who is experienced subjectively or mystically doesn't acknowledge that the Jesus of history is the God-man who lived, died, and resurrected bodily, then such a spirit isn't from God.)

I don't know why it says "a" my name is Clayton.

It was a good response, and I guess I need to take the argument as a whole, which can be a difficult thing to do sometimes for myself.

Keep up the good work!
Clayton

Have a good Christmas, my friend. :)

While the problem of "do I see the same colours others see" is not one that has given me any great doubts, the question whether everyone is equally able or capable of grasping God's self-revelation is one that has troubled me. I see people with various handicaps, be they social, addictive, psychological, or personality related, that might make it more difficult to conceive of revelatory occurrences, writings, or ideas than it is for me. Instead of feeling fear or despair in the face of this kind of doubt, I try to focus on prayer, and the belief that ultimately all doubts will be answered perfectly and fairly.

Thanks for your thoughts. I agree that there are people with various handicaps which may be, as you listed, social or addictive or psychological or personality related. I agree too that such handicaps may make it difficult for a person to discern revelatory occurrences or writings or ideas. I agree too that prayer for those around us and faith in God’s justice are hugely important—prayer and faith definitely help to dispel fear and despair. I am inclined to think, therefore, that God meets people where they're at, fairly and perfectly, in spite of their varying capacities for grasping God's self-revelation.

For the sake of clarity, I would add that the lesson to be taken from these points of agreement is that the careful reasoning involved in apologetics should be sensitive to and commensurate with the intellectual capabilities of the particular person with whom one is apologetically engaged. That is to say, the doing of apologetics should be person-relative. Moreover, along with being careful in our truth-seeking reasoning (which is adjusted in a person-relative way), we should be gentle, patient, peaceful, self-controlled… We should love.

In Apologia I’m writing for people who are up for the challenge to think well and who desire to love God with all their mind as well as heart. In my life outside Apologia, I believe that I am called to be a philosopher and a teacher. All this to say that, yes, we should care for slow students—but we shouldn’t give up on promoting careful philosophical reasoning just because there are slow students in the class.

P.S. I enjoy your poetry and photography.