It's all interpretation? (Part 1) 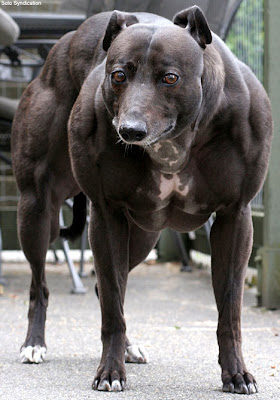 It's all interpretation? (Part 1)

Some contemporary thinkers hold the view that human experience of the world is wholly and inescapably interpretive. In the case of visual perception, all seeing is, according to this view, seeing as. The idea behind "seeing as" is that all seeing is filtered by the background assumptions (perspectives, histories, languages, concepts) that we bring to our investigations. It is alleged that even our experience of an everyday object is completely a matter of interpretation, and such interpretation varies from person to person. On this view, we cannot truly know the actual world via direct acquaintance; rather, it's interpretation all the way down.

Should we agree? I (and many other philosophers) think not.

Here is the first of two arguments for thinking that the interpretation-all-the-way-down view should be rejected.

Although it's true that background assumptions play an important role when we interpret the world, it very much seems not true that all seeing is "seeing as."

Significantly, as philosopher J. P. Moreland points out, "Philosophers distinguish three different kinds of seeing." (This quote and subsequent quotes are from Moreland's excellent book, Love Your God With All Your Mind [NavPress, 1997], pages 77 and 78.)

First, there is the case of simple seeing. To illustrate simple seeing, Moreland considers an ordinary case of seeing a dog, that is, a case of "having the dog directly present to you in your visual field." Moreland writes: "You don't need to have a concept of what a dog is to see one. For example, a little child could see a dog without having a concept of what a dog is supposed to be. In fact, you don't even need to be thinking about a dog to see it."

In simple seeing, then, an object is visually perceived but is not classified in terms of one's conceptual scheme. This is a pre-conceptual perception/awareness: visual sensations constitute the means whereby the mind directly sees the object itself.

Second, Moreland describes the act of seeing as as simple seeing coupled with "classifying the object of sight as an example of a mental concept." According to Moreland, "When I see a dog as a dog, I must have some concept of what it is to be a dog and apply this concept to the object I am seeing. I could not see a dog as a dog the first time I saw one since I wouldn't have the relevant concept yet. Likewise, to see a dog as my neighbor's favorite pet, I need the concepts of a neighbor, a pet, and being a favorite."

Third, Moreland describes the act of seeing that. Here one judges that the conceptual classification (the seeing as) of the object perceived (via simple seeing) is correct. According to Moreland, "If I see that the dog is my neighbor's favorite pet, I judge that this belief is true of the object I am seeing."

Significantly too, simple seeing lets us grow and refine our conceptual scheme as we explore and further come to know the actual objects of the world in such a way that we can see that our concepts appropriately (i.e., truly) apprehend those objects.

In other words, we can know the world/reality to some extent via simple seeing (which is a form of knowledge by direct acquaintance), and then we interpret.

Because simple seeing seems obviously true and philosophically basic (and because it lurks at the foundations of a common-sense critical realist understanding of perception, which very much seems to be the way to go in our everyday and scientific investigations of the world), the reality and truthfulness of simple seeing provides good philosophical grounds for thinking that the interpretation-all-the-way-down view—the view that all seeing is "seeing as"—is false.

Why do I think that the above defence of simple seeing is so important?

First, I think truth is important.

Also, it seems to me that with simple seeing we can ground interpretations of what is true of the world in the actual world.

Moreover, it seems to me that God has revealed truth in the actual world via simply seen objects that can be interpreted as clues or signs which communicate knowledge of Him—and such clues or signs include, for starters, written reports arising from eye witnesses to Jesus' resurrected body.

Next time I will present another argument (a reductio ad absurdum argument) for thinking that the interpretation-all-the-way-down view is false.

P.S. For more information about the muscular dog in the photo, click here.

I agree with your analysis, Hendrik. This is a discussion we have had in person several times. Oen difficulty that you don't address is the fact that simple seeing can never be expressed by one person to another -- seeing as and seeing that (interpretation) enter the picture as soon as I describe what I have seen to someone else. Even so simple a statement as "I see a dog" triggers associations (interpretations) both in the speaker and in the hearer.

Your argument remains important. Without simple seeing, seeing as and seeing that become exercises in atomistic separated (and unbridgable) worlds. So I have found the distinctions you make helpful. Without them the attempt to maintain a critical realism collapses into some sort of instrumentalism or pragmatism -- we'll talk because it helps; but you can never know that what we are saying is true.

Thanks for your thoughtful and supportive comment concerning the importance of simple seeing. I agree with you that without simple seeing, critical realism collapses into some sort of instrumentalism or pragmatism that's disconnected, knowledge-wise, from the real world. Also, I agree with you that if we attempt to describe what we're simply seeing, then interpretation—i.e., seeing as, seeing that—can enter the picture. But on this last point of agreement, I think we should add the following note of clarification.

For example, you and I could be standing together outside, and then I say "dog" while I point to an actual dog, and we keep doing this with various dogs until you get the idea of what I mean by "dog" (which includes you distinguishing the simply seen dog from whatever other associations/ interpretations you might have added). Or we could be standing beside various people, and I say "live body" and point to each of those actual living people—and we keep doing this until you get the idea.

Or I could direct you verbally as follows: Daryl, please go over to the library, find my book An Enquiry Concerning Human Abortion, look at the top of page 33, look at the black ink squiggles in the heading. If you follow my directions (my verbal pointing), you will place yourself physically within a foot or two of an object called a book (written by me), and on page 33 you will see black ink squiggles that look very much like the following black electronic squiggles (but without the quotation marks): "Isn't the question of when life begins simply a matter of interpretation?" When you've followed my written directions (my pointing), you will simply see the squiggles, and then the squiggles' particular shapes and sizes will guide you in your subsequent interpretation vis-à-vis the English language game whose rules you (and I) know well. (Read pages 33-36 of my book if you want the answer to my question.)

I think that we can go further. I could write a book about the dogs that I've studied (let's assume, for argument's sake, that I'm a dog expert) and in the book describe the simply seen aspects that you and I saw when I used ostensive definition to teach you all you know about dogs. By making references to previously simply seen situations in which our senses have been "appeared to dogly," I could, it seems to me, tell you and others much of what is simply seen of dogs. In fact, books about dogs seem to do exactly that. They appeal to a common ground of what has been simply seen, and they communicate the ideas via a common ground of simply seen squiggles/print.

Similarly, I think I can communicate, via writing, certain simply seen features of the bodies of living people. (But I won't do so here, for the sake of propriety.)

In view of the above note of clarification, I think the following point is significant for Christian apologetics (and the connecting of Christian theology to the actual world): written reports arising from eye witnesses to Jesus' resurrected body can communicate, minimally, that which was simply seen, and this allows us subsequently to look for the best interpretation of the simply seen contents of those reports—which may be that which the original witnesses also communicated along with what they simply saw.

P.S. I have an afterthought: If interpretation must come into the picture when communication of what was simply seen takes place, I think that our knowledge of the distinction between simple seeing and seeing as will help us discern the extent of the seeing as. When it comes to reports about what was seen and heard and touched, we know that some interpretive lenses are thicker than others. But this, it seems to me, doesn't preclude the possibility of the clear communication of what was truly seen and heard and touched. Police interrogators and lawyers are good at distinguishing between simple seeing and seeing as—and they can often cut through the latter to get at the former. I think scholars can do the same.