It's all interpretation? (Part 2) 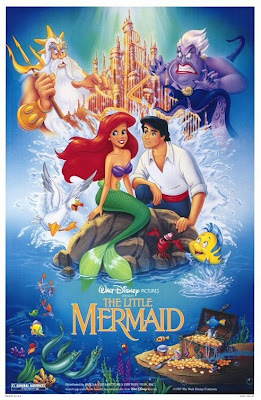 It's all interpretation? (Part 2)

Some contemporary thinkers hold the view that human experience of the world is wholly and inescapably interpretive. In the case of visual perception, all seeing is, according to this view, seeing as. The idea behind "seeing as" is that all seeing is filtered by the background assumptions (perspectives, histories, languages, concepts) that we bring to our investigations. It is alleged that even our experience of an everyday object—say, a dinner fork—is completely a matter of interpretation, and such interpretation varies from person to person. On this view, we cannot truly know the actual world via direct acquaintance; rather, it's interpretation all the way down.

Should we agree? I (and many other philosophers) think not.

Last time I argued that it's false that all seeing is "seeing as" (i.e., it's false that all seeing is interpretation all the way down). There is also something called simple seeing. In simple seeing an object is visually perceived but it is not classified in terms of one's conceptual scheme. This is a non-interpreted, pre-conceptual perception/awareness: visual sensations constitute the means whereby the mind directly sees the object itself. In other words, we can know the world/reality to some extent via simple seeing (a.k.a. knowledge by direct acquaintance), and then we interpret.

Today, I will set out a reductio ad absurdum argument to show again, albeit indirectly, that the interpretation-all-the-way-down view is false. (In a reductio ad absurdum argument, we assume, temporarily for the sake of argument, that the view under investigation is true; if the logical consequences of the view’s assumed truth are false or logically absurd, then it follows logically that the view under investigation is false or logically absurd, or both.)

Let’s assume, temporarily for the sake of argument, that the interpretation-all-the-way-down view is true.

Now, consider the previously-mentioned everyday eating utensil we call a fork. Also, please consider the Disney film The Little Mermaid, the story about Ariel, a little mermaid who wants to become human. (I apologize if the Disney reference seems silly here. The Disney reference comes from contemporary philosopher James K. A. Smith, who defends the interpretation-all-the-way-down view by an appeal to Ariel’s interpretation of a fork. I am going to show via reductio ad absurdum that the fork example backfires on Smith.)

When Ariel sees a fork, she calls it a "dinglehopper" and she uses it to comb her hair (much to the surprise of the humans at the dinner table). Clearly, Ariel interprets the pronged metal object as a dinglehopper (comb), whereas we interpret it as a fork. This much is true.

However (and this is where the reductio ad absurdum argument kicks in), if it's true that it's interpretation all the way down (as Smith holds), then it follows that Ariel (and the rest of us) can never know the object and its properties by simple seeing (direct acquaintance). Remember: on the view under investigation, all seeing is seeing as.

In other words, what the actual object is in the first place, including all of its actual properties, would never be gotten to. But this means that the actual object of interpretation, i.e., the actual thing we call a fork and Ariel calls a dinglehopper, would forever be completely and always out of the mind's reach.

To drive home the significance of the above logical problem for the interpretation-all-the-way-down view, consider the following. To interpret the present words in this sentence as words requires that the reader first simply see the squiggles, i.e., simply see the actual particular shapes of the ink marks which guide the subsequent interpretation. If one never simply sees the squiggles in any sense as they actually are, i.e., one never simply sees their actual shapes, then no text-based interpretation can occur. Rather, there would be an ongoing "seeing as" with no contact with the reality of the characteristics of the squiggles themselves. Hence, my squiggles could not function as symbols that communicate the meanings I intend them to communicate; but we know that they do—as the reading of this sentence (and other well-formed sentences) attests.

Thus, it's reasonable to think (again) that the interpretation-all-the-way-down view is false.

Why am I making such a fuss about this? I have four reasons.

Second, it’s true that we know the world/ reality to some extent via simple seeing (which is, in philosophical parlance, a species of knowledge by direct acquaintance).

Third, with simple seeing we can ground our interpretations of what is true of the world in the actual world.

Fourth, it very much seems that God has revealed truth in the actual world via simply seen objects that can be interpreted as clues or signs which communicate knowledge of Him—and such clues or signs include, for starters, written reports arising from eye witnesses to Jesus' resurrected body.

(Hendrik van der Breggen, PhD, is assistant professor of philosophy at Providence College, Otterburne, Manitoba, Canada. The views in this column do not always reflect the views of Providence.)

When are you going to write your own book?

Here is my secret: I am presently writing a book, getting a couple pages written every couple of weeks or so, and I'm thinking of calling it ... Apologia.

At least that's the plan.

Good post Dr. V, and I cannot (and indeed do not wish to) argue against it. You are indeed correct to say that there is such thing as simple seeing, though I believe some would say that as soon as the seeing becomes conscious we tend to automatically interpret it, at which point it becomes "seeing as" - a process which is for the most part automatic and beyond our control. Most of the so-called "soft sciences" have spent the last hundred years or so arguing over whether or not this automatic interpretation can be controlled - that is, if some level of "objectivity" can be claimed in not only our interpretations, but also in our descriptions. What we've discovered is that even our descriptions are often thinly veiled - or at least shot through with - interpretations.

A question to ask (perhaps at Philosophy Foosball on wednesday) is how valuable a basic seeing is, before it has been invested with the value of our interpretation of it. If I merely see a fork, and can even describe it objectively (which is debatable), does it have a meaning and purpose all its own, or only the meaning and purpose that we as interpreters assign to it? And without that assigned meaning and purpose, what value does that object carry? (and value to whom?)

Thanks for your compliment concerning my post. I'm glad that we're in agreement about the existence of simple seeing. I think simple seeing is deeply important.

One of the qualification areas for my PhD at U of Waterloo was in philosophy of science, and I spent a considerable amount of time examining the issue of theory-ladenness of observation as a challenge to objectivity. The studies that I did then, and which I have continued since, have led me to the following conclusions: (1) there are degrees of theory-ladenness of observation; (2) to make sense of such degrees logically requires something like simple seeing; (3) simple seeing is actually the case in reality; (4) the extent of theory-ladenness can be roughly discerned by getting back to the simple seeing of everyday "middle-sized" objects (i.e., objects such as the very things we call forks, pencils, fish, dogs, human bodies, trees, etc.); (5) to gain epistemic traction, scientific and philosophical arguments that attempt to challenge simple seeing require the legitimacy of simple seeing and thus are self-defeating. (If you wish to locate my general position in secular philosophical literature, I tend to side with Jerry Fodor in his debate against Paul Churchland; if you wish to locate my general position in Christian literature, I tend to side with J. P. Moreland and R. Scott Smith versus James K. A. Smith and Brian McLaren.)

(Note: The "theory" in theory-ladenness can be understood narrowly as a scientific theory or broadly as a conceptual scheme; both can serve as interpretive frameworks that may or may not impinge on objectivity. Objectivity allows for subjective commitments and biases but involves constraints that are independent of the theory in question so that there may be, fallibly and to varying degrees, truth-conducive epistemic access to the thing being observed. Translation of last sentence: Objectivity, which admits of degrees, means that we can and should look at stuff carefully, as we work hard to let the stuff itself tell us its story instead of letting ourselves become ventriloquists who impose our stories onto the stuff.)

Here are my answers (sketches of answers), which will hopefully spur on further discussion at our next PFC meeting (on Wednesday, February 9).

It seems to me that if by the "meaning" of an object we mean merely what the simply seen object is, i.e., what it is and what its properties are, then basic/simple seeing is valuable insofar as knowing truth about the world is valuable. Of course we assign interpretations (purposes and functions) to objects, but we should realize too that objects have a life (being) of their own, i.e., they have properties which don't depend on us or our interpretations. We begin to learn about the objects of the world when we get to know the objects themselves via simple seeing (a form of knowledge by acquaintance). The actual properties of objects are not up to us, so we need to look at them if we want to know them. Think of a chunk of salt and a stainless steel ball-bearing. And think of the water solubility of the salt versus the water solubility of the stainless steel. I submit that a water-solubility property of these simply seen objects is simply seen: i.e., it's simply seen that the object we call salt gets small fairly quickly in the stuff we call water, whereas the object we call a ball-bearing does not. Via simple seeing we can get to the world outside our interpretations—and the simply seen stuff guides and grounds our interpretations of that stuff.

What strikes me as a greatness of Christianity is that the life, death, and bodily resurrection of Jesus very much involved simply seen stuff. We've been handed down testimony about this simply seen stuff—i.e., we've been handed down what some people claim to have seen, heard, touched—and this (after careful assessment of credibility) allows us to ground our interpretation (and the interpretation of those who make the witness claims) in the actual world. I find this exciting—philosophically, theologically, personally.

For more discussion on the interpretation of the evidence for the simply seen aspects of the life, death, and resurrection of Jesus, maybe take a look at my PhD dissertation, "Miracle Reports, Moral Philosophy, and Contemporary Science".

Here is a seemingly reasonable argument in favour of the all-is-interpretation view (I’ve addressed this in a discussion at the Philosophy Foosball Club blog, but will add it here in case it’s helpful to Apologia readers): The fact that waves of energy hit our ears, and photons hit our eyes, and then our senses translate the impacts of these hits into neurological messages that are subsequently sent to the brain which in turn does its magic—doesn’t this fact show that it’s all interpretation?

For further reading, see my article "It's not interpretation all the way down: A defence of simple seeing," Didaskalia (Spring 2015): 57-74. Republished in Global Journal of Classic Theology, Volume 13, Number 2 (September 2016).