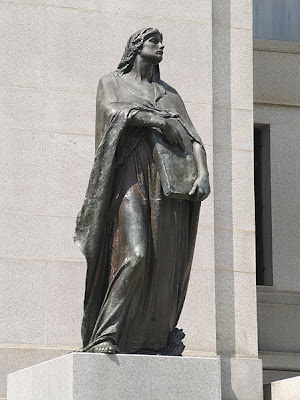 Pragmatic theory of truth ... is false

What is truth? In an attempt to answer this question, I will do three things: First, I will explain the pragmatic theory of truth; second, I will show that this view of truth is problematic; third, I will set out what I (and many others) believe is the correct theory—i.e., the correspondence theory of truth.

1. According to the pragmatic theory of truth, truth is defined as usefulness. That a statement is true means that it is useful—truth means "what works."

According to pragmatist philosopher and psychologist William James (1842-1920), “Truth is expedience. By truth we mean that a statement brings the right results or successful predictions.”

On the pragmatic view, then, for a belief to be true means that it guides us successfully when we act on it. By "truth" we mean whatever helps us achieve our values or goals.

Here is an example from science. To believe that it is true that there are causal laws means (merely) that my belief in causal laws is useful in letting me get to the moon (or wherever).

Here is an example from religion. To believe that "Jesus loves me" is true means (merely) that this belief is useful for me, i.e., it gives me peace and meaning in my life. For others, peace and meaning come from, say, Buddhism, or Islam, or the New Age—so "Jesus loves me" is not true for them. In other words, what works for me does not work for them. I have my truth, and they have theirs.

Clearly, the pragmatic theory of truth is popular in our culture.

2. Should we accept the pragmatic theory of truth? I think we should not, for two reasons.

First, although actions based on truth often lead to success, from this fact it does not follow logically that all successful actions are based on truth. It turns out that falsehoods can be useful, too. And we know this.

Think about a court of justice. I promise to tell the whole truth and nothing but the truth; I do not promise just to say what works (for me) and only what works (for me). In a legal context, an understanding of truth as merely that which is expedient will be regarded (rightly) as perjury.

“Hence,” contemporary philosopher Richard Creel correctly concludes, “we need a distinction between a belief that is true and a belief that works.” But the pragmatic definition of truth fails to make this distinction.

Second, it is a plain fact that many truths simply cannot be regarded as solutions to problems or as useful. They just are. Think of the truths that there is a bit of dust under your desk, that there is a leaf on the window ledge, etc. These truths hold whether I use them (e.g., in this column) or not.

Thus, the pragmatic theory of truth should be rejected. It fails to account for our pre-theoretic distinction between truth and what works, and it fails to account for the fact that some truths just are, whether they work or not. That a belief works may count to some extent as evidence for the belief's truth, but it's not what truth means.

3. What's the philosophical upshot? It turns out that the above shortcomings of the pragmatic theory reveal a concept of truth that's more fundamental than the pragmatic concept. Enter: the correspondence theory of truth.

Falsity, on the correspondence view, is a condition or state of affairs which exists when a statement of what is the case is not the case. Lies are deliberate falsehoods, i.e., lies are falsehoods intentionally presented as truths. Of course, falsehoods and lies can be expedient (for examples, think of Nazi and Soviet propaganda, Watergate, Enron, Bernie Madoff, some political promises, etc.), but this doesn’t mean they are true.

Significantly, the correspondence view of truth allows us to distinguish between (a) what's true and (b) what works but isn't true.

My first question is this then: as you've defined the correspondence theory of truth (CToT) -- "what is the case is the case" -- how is this any different than the law of identity, or A is A and not ~A?

My second question is this: given your definition of CToT, someone like, say, Ayn Rand or Aristotle would nod in your direction. However, when they applied the CToT, they ended up with a very different view of the supernatural than you currently hold. How can this be so? Are there certain presuppositions at play here? Are there hidden premises in everyone's positions?

1. I'm glad that we agree that the correspondence theory of truth "rings much clearer and louder" than the pragmatic theory. That's important common ground.

Your question shows that you don't understand the difference between the correspondence theory of truth and the law of identity, so perhaps the following will be a help.

(a) The correspondence theory of truth has to do with a claim about something and this claim's relation to that something such that the claim accurately represents/describes the thing. So the correspondence view has to do with a relation between a claim (proposition/ idea) and reality—a relation of correspondence. E.g., the claim "the dog has my foot in his mouth" is true if and only if there is a real dog that really has my foot in his mouth. The claim is about reality, and reality makes the claim true (or false).

(b) The law of identity—A is A—has to do with the nature of reality per se, not with the relationship between [i] a claim about reality and [ii] reality. The law of identity attempts to articulate the insight that reality is what it is, not something else. The dog is the dog. My foot is my foot. The dog is not the neighbour's cat, or automobile, or garage, etc. My foot is not the computer, or telephone, or ice cream, etc.

Do you get the distinction? The correspondence relation isn't the identity relation. Again: Correspondence has to do with the relationship between a proposition and what it's about, whereas identity has to do with the nature of reality itself. (I'm pretty sure that I teach this distinction in my Intro to Philosophy courses. Did you miss that day? Or maybe it was during one of those awful 8:30 Monday morning classes when most students are only half awake?)

3. How can people who agree with the correspondence theory of truth (e.g., Ayn Rand, Aristotle, many others) end up with different views of the supernatural? My answer: It's probably due to many of the same reasons why people disagree about lots of stuff. People disagree as a result of (a) differences in available information, (b) believing false instead of true premises, (c) engaging in faulty reasoning, (d) subscribing to unnoticed presuppositions, (e) question-begging, (f) etc. Or the disagreement is due simply to misunderstanding and misrepresenting another's view. For example, think of how you misunderstood and misrepresented the correspondence theory of truth (above); this would lead to further disagreement between us if this were not checked. I know of some atheists who misrepresent intelligent design arguments and the kalam cosmological argument, and these misrepresentations account for their dismissal of the supernatural. (Of course, there may be other reasons that have to do with the heart, e.g., some folks seem to have a "hate on" for anything that smacks of God and the supernatural, but I think it's wise to let God be the judge of those reasons.)

4. Please know that I am the first to admit that I make mistakes and I make assumptions. However, I think that such an admission needn't end in an epistemological dead-end or paralysis. I think that the fact that one makes mistakes and assumptions isn't sufficient grounds to give up careful reasoning, and it isn't sufficient grounds for thinking one can't get at knowledge of truth. Mistake/ assumption-prone or not, I think we can discern that some arguments are better than others. Mistake/ assumption-prone or not, I think we can know some truths, including truths about the supernatural. (Of course, we do not know these truths exhaustively or infallibly.) Think of it this way: Yes, our courts sometimes convict mistakenly, and this is not good, but this isn't grounds for giving up the legitimacy of our court system as an adjudicator of truth claims—it's grounds, rather, to make more efforts to be careful in our thinking. So, yes, I'm assumption-prone and mistake-prone, but that doesn't preclude my knowledge of reality—it means I need to be careful.

I hope that the above is helpful.