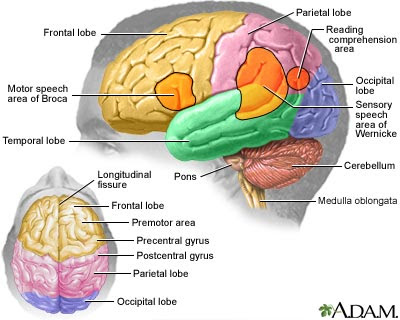 Physicalism is the philosophical view that the world is completely composed of matter/ energy—i.e., physical stuff. A question arises for physicalism, however: Is the conscious mind identical to the physical brain? Physicalists answer Yes. Mind-brain dualists answer No.

I am inclined to think that a weighing of the pros and cons on the issue makes the physicalist thesis problematic—and makes mind-brain dualism the way to go.

Here are a couple of pro-considerations for the view that the mind is the same thing as the brain.

Pro 1. Science has shown that there is a correlation between brain states and mind states. Clearly, there is much evidence for believing that neurological activity in the brain correlates with, say, thinking or the making of a decision.

Pro 2. Science and common sense also show that there is a dependency relationship between the brain and the mind. If the brain is sleep deprived or damaged, then the mind doesn't work very well. If the brain doesn't receive oxygen, then the activity of the mind seems very much to cease. Clearly, the mind depends on the brain.

These pro-considerations point to mind-body identity, and persuade many.

Con 1. Yes, there is a correlation between states of mind and brain states. However, as with any correlation between A and B, there are four explanatory options: (a) A causes B, (b) B causes A, (c) C causes both A and B, or (d) the occurrences of A and B are a mere coincidence.

Con 3. There are good reasons for thinking that mind states and brain states are not identical. If A and B have two different properties, then, as a matter of logic, A is not identical to B. (If Albert is 6 feet tall, and if the burglar is 5 feet tall, then Albert is not the burglar.)

This suggests that conscious mind is a wholly different metaphysical category than physical brain.

Con 4. There is some evidence for disembodied existence of mind. For example, some near-death experiences—a.k.a. out-of-body experiences—strongly suggest that there is something non-physical to us. In these cases an empirical observation was made by an apparently dead individual, the details of the observation (e.g., a running shoe on the hospital roof, or a conversation in another location) were verified by others, and the best explanation of the observer's knowledge is an out-of-body experience.

Con 5. There is evidence for Jesus' resurrection. On one reasonable interpretation (of 1 Peter 3:19), Jesus went to another realm when His body was dead, and then He returned alive physically in His previously-dead-but-now-resurrected body. For Christians, Jesus is the model human being, so on this interpretation the evidence of Jesus' life, death, and resurrection suggests the non-identity of mind and brain.

In view of the previous pros and cons, it seems to me that mind-brain duality is reasonable to believe.

For further investigation of the mind vs. matter issues presented in my post, I recommend the following books: (1) The Soul Hypothesis, eds. Mark Baker & Stewart Goetz; and (2) The Mind and the Machine, by Matthew Dickerson.

Food for thought: "Materialist neuroscientist admits his stance is a 'leap of faith'".