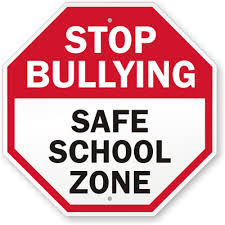 Manitoba's government has proposed anti-bullying Bill 18: The Public Schools Amendment Act (Safe and Inclusive Schools). I favour anti-bullying legislation, but I think Bill 18 is deeply problematic—and needs to be revised.

Here is my summary of the problems with Bill 18.

1. Bill 18 neglects the huge majority of at-risk children who have the characteristics actually targeted by bullies: body shape, school grades, cultural background, language, religion, and income. (For substantiation, see the 2006 study by Yau and O'Reilly [p. 21] of 105,000 Toronto students.) These children are important, too—and should be explicitly included in Bill 18.

2. Bill 18 labels as "bully" anyone who makes an off-the-cuff remark that causes distress or hurt feelings. This threatens to turn innocent, harmless comments into the equivalent of serious offences. Steinbach MLA Kelvin Goertzen asks (rhetorically), "If you were to tell [my 6-year-old son] that the Winnipeg Jets weren't a very good hockey team, his feelings would be hurt…but is that really bullying?" Answer: No.

3. By elevating the seriousness of innocent, harmless comments (or even minor albeit unintentionally hurtful remarks) to the same level as deliberate and truly serious offences (i.e., clear and obviously dangerous bullying), Bill 18 also threatens to trivialize the truly serious offences. Bill 18 doesn't just lift up as serious what isn't serious; it may pull down as not serious what is serious.

:-)4. Bill 18 promotes a pro-gay ideology or moral philosophy at the expense of those who hold moral or religious principles to the contrary. In effect, because moral or religious principles critical of same-sex sexual behaviour may cause distressed or hurt feelings, Bill 18 renders illegal the expression of a moral-religious position that views same-sex sexual behaviour as sinful or wrong—and in effect Bill 18 defines as bullies those who hold this view.

5. Bill 18's requirement to allow students to form "gay-straight alliance" clubs—clubs that in the case of some private schools will endorse as a good some behaviours which contradict the school's charter statement of moral principles or religious doctrines—serves to undermine the exercise of religious freedom of those schools.

In other words, via Bill 18 religious schools are legally forced by the state to allow on the school’s campus the flourishing of an organization that promotes what the school believes should not be promoted.

Principal Bryan Schroeder, of Brandon's Christian Heritage School, puts the matter this way: “[Bill 18] really takes the power away from [religious] parents and [religious] school communities to raise up children according to the values that they want to see them raised up in." Surely, this is an encroachment by the state onto the religious freedom of its citizens—i.e., a violation of Canada's Charter of Rights and Freedoms.

Please note: Religious freedom isn't merely the freedom to worship at the church of one's choice; it's also the freedom to establish communities and schools which actively abide by the religious adherents' deeply held moral principles.

Please note, too: According to psychologist Mark Yarhouse, in his book Homosexuality and the Christian, a person’s self-identity need not be constructed in terms of what Yarhouse calls the "gay script," i.e., the contemporary socio-cultural expectation that if one has same-sex attractions then the attractions constitute the core of one's personhood and thus engaging in same-sex behaviour is crucial for self-actualization. Significantly, according to Yarhouse, there are alternate scripts, i.e., scripts that don't make sexual attractions central to one's identity as a person. This means that Bill 18 would render illegal a religious school's advocacy of these alternate scripts, and thereby Bill 18 would "cause fear, intimidation, humiliation, distress" to—i.e., bully—same-sex attracted students who wish to reject the "gay script."

6. At this juncture, one might suggest that reverse bullying against religious schools and persons who disagree morally with same-sex sex is socially just or at least the lesser-of-two-evils, so students with same-sex attractions don't end up dead or otherwise abused because of the absence of a supportive gay-straight alliance club.

In reply, it should be acknowledged that the abuse or death of any student is a tragedy and thus we should make every reasonable effort to protect the vulnerable, including those who have same-sex attractions.

In reply, too, it should also be observed that the suggestion of a gay-straight alliance club assumes that all other reasonable means to stop bullies and assist the bullied have been exhausted. But what about the establishment of, say, an anti-bullying club?

That is, what about establishing a student organization wherein all vulnerable children are protected and the stronger children are encouraged to show leadership in the protection and nurturing of the vulnerable?

And why can't this anti-bullying club operate within the moral boundaries of the religious school?

Anti-bullying clubs—ABCs—surely every school should promote these!

(Hendrik van der Breggen, Ph.D., teaches philosophy at Providence University College. The views in this column do not always reflect the views of Providence.)

1. By the Numbers: Rates and Risk Factors for Bullying: A Brief Examination of Canadian Bullying Statistics (Ottawa: The Evangelical Fellowship of Canada/Centre for Faith and Public Life, April 2012).

I appreciate your quotation of Bryan Schroeder. My wife, Jessica, is the Grade 6 teacher at that school and when she told me about what Bryan said, I was proud of the way he handled media questions.

The Evangelical Fellowship of Canada has released its analysis of Manitoba's anti-bullying Bill 18. For more information, look here.