Euphemisms: The Good, the Bad, and the Ugly 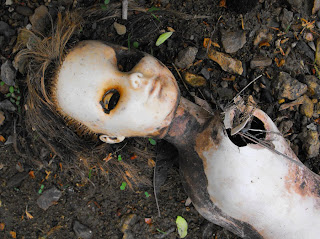 
Euphemisms: The Good, the Bad, and the Ugly


The use of language is an art—and so is its abuse. Today I will look at the use and abuse of euphemisms.


In her book The Practical Study of Argument, philosopher Trudy Govier explains: “There is a sense in which euphemism is the opposite of emotionally charged language. With emotionally charged language, terms are more emotional than appropriate. Euphemism, on the other hand, involves a kind of whitewashing effect in which descriptions are less emotional than appropriate."


Govier adds, "Bland, abstract, polite language is used to refer to things that would be found embarrassing, demeaning, appalling, or horrible.”


Govier warns, “Euphemistic language [can] function to desensitize us, to dull our awareness of such things.”


I would emphasize that not only can euphemisms desensitize us emotionally, but also they can hide reality—including moral reality.


Interestingly, the dangers inherent in euphemism were almost prophetically envisioned by George Orwell in his famous novel 1984 and in his lesser known essay “Politics and the English Language.” Orwell put forward the idea that an effective mechanism of political control is the manipulation of euphemisms employed in public discussion. (A deeper look at Orwell's work may be a topic for another time.)


Here are some examples of useful but harmless euphemisms.


“I’m sorry that Sam passed away.” These words allow us to be sensitive to Sam’s grieving wife and are infinitely kinder than saying, “I’m sorry about Sam’s getting slowly crushed to death by the gravel truck.”


“May I use the washroom?” Yes, as any parent knows, these words allow children to be sensitive to those around the dinner table. Respect and politeness are good, to be sure.


But some euphemisms are not fun, can be dangerous, and are bad.


The phrase “terminate a pregnancy” is sometimes used to talk about abortion, which is the destruction of a pre-natal child/fetus. But, of course, birth terminates a pregnancy too.


The phrase "products of conception" is sometimes used to describe the union of the sperm and the egg, which is (or so some allege) no big deal to destroy. But human being with potential is a more informative description of what is destroyed. Destroying a human being is a big deal.


Sadly, in the abortion debate the use of euphemism moves from the merely bad to the downright ugly.


Consider this euphemism: “partial birth abortion.” Dare to think about it. Such an "abortion" involves (a) delivering a late-term prenatal baby until only its head remains in the birth canal, (b) then vacuuming the baby’s brains out through the back of the baby’s skull, and (c) then crushing the baby’s skull to facilitate complete birth.


Consider this euphemism, too: “After-birth abortion.” This phrase has been used recently by some philosophers to describe—and justify—the killing of live born babies. Seriously.


Alarmingly, the above abortion euphemisms have thwarted careful moral thinking about abortion generally, late-term abortion in particular, and infanticide—all of which many if not most people would find morally problematic if they knew the reality hidden behind the words.


Are there any other euphemisms that should concern us presently? What about "sex-selective pregnancy termination"?


I submit that the phrase “sex-selective pregnancy termination” is a euphemism for the premeditated, deliberate killing of innocent preborn children merely because they are female. In other words, I think that the phrase is a euphemism for murder. And I think the act of deliberately killing a pre-natal baby girl, because she is a girl, remains a species of murder whether defended by cultural misogyny or an ideology of unconstrained abortion rights.


To be sure, euphemisms can be useful, even good. Sometimes, however, euphemisms can distort our understanding of what is real and thereby mask—and encourage us to accept—horrendous evil. Such euphemisms are bad, even ugly.


Let’s be careful with our use of language—someone’s life may depend on it!