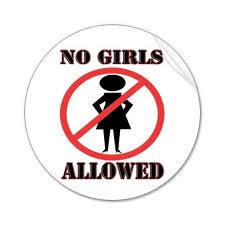 APOLOGIA
By Hendrik van der Breggen
The Carillon, October 4, 2012
Reflections on Motions 312 and 408

MP Stephen Woodworth's Motion 312 was defeated in the House of Commons last week by a vote of 203 to 91.  I admit: I was disheartened—but not for long.

Subsection 223.1 of the Criminal Code of Canada presently states that an unborn child isn’t a human being until after it’s completely born. Large numbers of Canadians, however, think that a child is a human being before it's born.

In the spirit of democratic political process, MP Stephen Woodworth set forth M-312 to request that the Canadian government appoint a special committee to investigate (using current medical science) whether it’s true that the pre-born child isn’t a human being. The committee would also study the legal implications for the rights of the child based on the findings of this investigation and then report its findings to Parliament

Mr. Woodworth’s motion was eminently reasonable for all concerned. But, as I mentioned, M-312 was defeated. And I was saddened at democracy’s apparent failure

Happily, some reflections on M-312 restored my hope in the democratic process.

I reflected on the fact that almost one third of the House of Commons—including MP Rona Ambrose, Minister for the Status of Women—favoured M-312. This is significant.

Also, I reflected on Mr. Woodworth’s remarks to reporters after the defeat of Motion 312:

"Science and advances in modern understanding are going to drag parliament into the twenty-first century despite the vote on Motion 312. Twenty-first century medical realities are going to prevent Parliament from shielding subsection 223-1 forever. The sweep of history is on the side of justice and human rights.... I'm a believer in democracy. The great thing about democracy is that the House of Commons ultimately will respond to the will of the people. And it sometimes takes a little work. I was thinking on the way over here, and I probably am getting the statistics wrong, but I heard something along the line that Abraham Lincoln ran 19 times before he finally got elected.... I'm very confident that ultimately we will see a change in the House of Commons that will reflect the desire to enshrine the dignity and worth of every human being in Canadian law." (This is a small portion of Stephen Woodworth's 34-minute video interview with reporters on CBC News.)

But there is more. Shortly after the defeat of Woodworth's M-312, MP Mark Warawa introduced Motion 408. M-408 seeks to outlaw sex-selective abortion of baby girls. To which I say (shouted, actually): Yes!

And there is more. Shortly after the introduction of M-408, ethicist Margaret Somerville shared the following insights in The Globe and Mail, insights that Canadians—especially “pro-choice” Canadians—simply cannot ignore:

"That unfettered access to abortion should be the litmus test of whether a society respects women and their rights is a long-standing claim of pro-choice advocates and at the heart of their rationale for supporting unrestricted access to abortion. They focus on women’s rights to autonomy and self-determination and argue that such access is required to protect these rights and women’s dignity. But sex-selection abortion promotes the exact opposite values—it expresses a lack of respect for women in cultures in which sons are highly valued over daughters. It also differs from other abortions in that the woman wants a baby—just not a girl. In one study reported from in which 8,000 consecutive abortions were followed, three were of unborn boys and 7,997 of unborn girls."

Should Canada's multicultural mosaic include sex-selective abortion? Surely not.

Speaking up for those who cannot speak for themselves—especially children, whether born or unborn, female or male—is important. I encourage readers to voice their support for Motion 408.