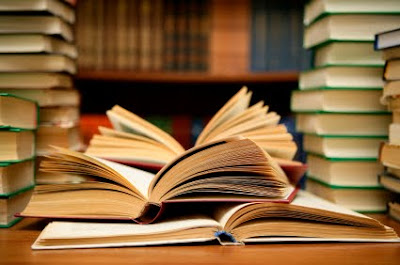 The Canadian Association of University Teachers (CAUT) is blacklisting several Christian universities because, CAUT alleges, these schools violate academic freedom. According to CAUT, academic freedom is the teacher’s right to teach and do research “without restriction by prescribed doctrine.” According to CAUT, culprit schools—Trinity Western University (presently blacklisted), Canadian Mennonite University, Redeemer University, Crandall University (the latter three are in CAUT's sights)—“have imposed a requirement of a commitment to a particular ideology or statement [of faith] as condition of employment.” According to James Turk, executive director of CAUT, “A school that requires its faculty to subscribe to a particular religious belief or ideology cannot be practicing academic freedom.”

I think CAUT’s blacklisting project is problematic, for three reasons. [Actually, four reasons.  I set out reason 4 in my column of February 24, 2011.]

In defence of reason 1, I will appeal to some insights from Regent College Professor John C. Stackhouse Jr., an academic with professional experience in both secular and faith-based universities.

Stackhouse wisely writes: “I want to urge my fellow Canadian scholars to leave space for the alternative of a community of scholars that can take a number of basic assumptions for granted and go on together to analyze a wide range of important questions. The synergy that comes from such shared intellectual commitments is simply not to be found in the secular university.”

In other words (mine, not Stackhouse’s): Academic freedom when broadly conceived is enhanced if we give scholars the freedom not to have to reinvent the light bulb. That is to say, academic freedom is enhanced if we allow sub-groups of the broader scholarly community to accept the philosophical-theological light that they believe they have discovered, allow them to band together, and allow them to use the aforementioned light as a lamp unto their collective feet.

Of course, they might be mistaken; but perhaps not. Either way, there is an increase in the freedom of the broader academic community to pursue knowledge and truth—which is good.

In view of reason 1, to CAUT and its blacklist project, I say this: In the name of academic freedom broadly conceived, please stop.

Next times I’ll set out my second and third reasons for thinking that the CAUT’s blacklist is problematic. (Spoiler alert: I think CAUT is relying on an unnoticed faulty philosophical criterion in its blacklist. I also think it is in an important sense false that a school’s requirement for faculty to subscribe to a statement of faith means that the school “cannot be practicing academic freedom.”)

[Reminder: I also set out a fourth reason in a later column.]

Thanks for taking this up. The National Association of Scholars has also written about this in "Blacklisting a Christian University" http://www.nas.org/polArticles.cfm?doctype_code=Article&doc_id=1160

Thanks for the National Association of Scholars' article "Blacklisting a Christian University". Christian Higher Education Canada's Dr. Al Hiebert, who is quoted in the NAS article, has a relevant article in the January-February 2010 edition of Faith Today magazine, titled "Who Defines Academic Freedom?" (Hiebert's article is not available online yet, but it's available in paper format.)

And here is yet another interesting and relevant article, published in the Winnipeg Free Press, written by my former colleague at Providence, Ryszard (Richard) J. Osicki: "An intellectual prisoner?"

Here is another fine article, written by my president Dr. August Konkel, published on the Providence College Blog: "Post Secondary Education in a Democratic Society".

Thanks for this thoughtful and helpful article. Sometimes the question posed feels a little like: do modes of transportation limit freedom of movement?