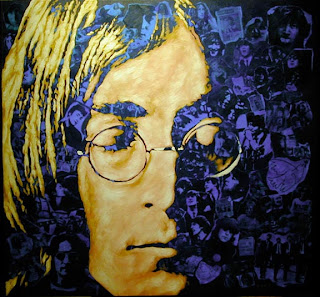 The internet, especially Facebook, is a breeding ground for memes (a meme is a saying or image, usually both, that spreads over the internet as users re-post the saying or image). Some memes, if not carefully considered, promote philosophical ideas that suck the unsuspecting reader into intellectual darkness. For the sake of shining some light into the darkness—and thereby hopefully helping people not to get sucked in—let's take a critical look at two popular memes.

Meme 1: "Your beliefs don't make you a better person. Your behavior does." The text of this meme usually appears printed with chalk on a blackboard, as if a school teacher were instructing us.

Besides seeing this on the internet, I have seen a version espoused by an attorney in Psychology Today magazine (May 1, 2012): "To me, it's what [one] does in life that matters, not what [one] believes."

Think about this: Serial killer Ted Bundy (rapist and murderer of over 20 women) believed that “a better person” is one who is daring and willing to rape and murder.

In other words, ideas have consequences, so the idea, i.e., what is believed, matters.

As philosopher David Horner points out in his book Mind Your Faith (InterVarsity Press 2011), "what we believe will determine how we behave, and ultimately who we become."

Clearly, then, we should make every effort to discern whatever is right and true and excellent and good.

Of course, beliefs not acted upon don't amount to much. To paraphrase the Apostle James: belief without behaviour is dead.

But we should also add the whole counsel of Scripture (and reason): behaviour without belief is blind.

My point: To ensure that our behaviour amounts to something truly good also requires accurate beliefs about what is truly good.

Meme 2. "It matters not who you love, where you love, why you love, when you love, or how you love, it matters only that you love." This meme often appears with a photo of, and is attributed to, the late John Lennon, ex-Beatle, famous for the song "Imagine."

Yes, this meme seems soooo loving (and, yes, one can almost hear “Imagine” in the background).

But let's pause and think: "I love you," said the married businessman to his good-looking female secretary, as the businessman abandons his young children along with his wife who is dying of cancer.

You get the point. Clearly, we must define "love." Love has a moral structure, which includes moral boundaries. (Yes, John Lennon, we should also imagine that.)

Jesus, who Christians believe is God come to Earth as a human being, taught that love is of utmost importance, and He modeled love for us. Significantly, Jesus also taught that He didn't abolish the moral law. (For those who doubt this: Keep in mind that Jesus forgave the woman caught in adultery, but, according to the record, He also told her to leave her life of sin.)

Overall lesson: Love in accordance with the good—and read the internet carefully.

(, PhD, is assistant professor of philosophy at . The views in this column do not always reflect the views of Providence.)
Posted by Hendrik van der Breggen
Email ThisBlogThis!Share to TwitterShare to FacebookShare to Pinterest
Labels: Belief, Belief informs behaviour, Internet memes, John Lennon, Logic, Love and logic

I know that Dawkins is credited with coining the term "meme", but referring to the captioned pictures as "memes" was not what Dawkins had in mind, despite the protestations of Dawkinsites.

Many of them are used for angry, hateful and downright stupid sayings. Some Christians have joined in and had some good remarks. I like to use them for creation science (the ironic Dawkinsian association is palpable).

I'm going with a broad understanding or meaning of "internet meme" as given to us by its contemporary usage. (As Wittgenstein says, meaning is use.) See sense 1 in the Urban Dictionary.

I really enjoy the new look of your site.

Hope you're doing well. I'm looking forward to some back-and-forth with you.

Oh, and Saint Cynic is back online.

Excellent points, especially about 'love,' one of the most overused words in all manner of cultural circles, spiritual and secular alike, and yet defining what we actually mean when we say it is often given so little significance.

It so easily becomes a sort of feel-good 'catch all' that often muddles important distinctions and justifies whatever behaviour we want to justify.

I never took any of your philosophy classes when I was at Providence a few years ago but I'm sure I would have loved them!