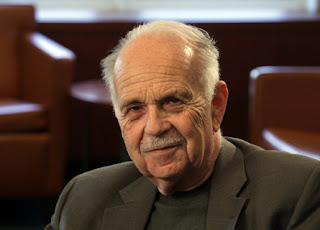 In the New York Times piece “Citing Chapter and Verse: Which Scripture Is the Right One?” cultural gadfly Stanley Fish argues that scientists Richard Dawkins and Stephen Pinker define science in such a way that their materialist assumptions are wedded to science. But, Fish suggests, if we were to begin science with, say, a God assumption, things would be vastly different. I think that Fish makes some important and accurate observations, but I also think that he makes an important mistake.

Significantly, as Fish seems not to notice, Intelligent Design theorists have made this challenge by asking scientists (whether believers or non-believers) to approach empirical evidence open-mindedly so that if intelligent design is in fact empirically detectable, then science—as an empirical search for whatever is true—should have a design hypothesis available in its explanatory toolkit, instead of ruling design out at the get go.

Thus far, major plausible candidates for design explanations are the very beginning of life itself (i.e., the change from non-living chemicals to a complex specifically-structured living organism) and the fine-tuning of the universe's initial conditions at the big bang beginning (i.e., a fine-tuning that allows the universe to sustain life and/or bring about life's evolution, if it evolved).

Whether the detected design was caused by God or an alien—or whomever—would require subsequent philosophical and theological argument. (In this subsequent philosophical-theological argument, I would suggest that we also take into account the historical evidence for the life, death, and resurrection of Jesus as additional evidence that points us to God.)

What do you think of LaPlace's comment that he has "no need of that equation" [in reference to the absence of God in his mathematical proofs]? Do you think this is the same as the Dawkins/Pinker dismissal of God? Or do you think it's closer to the maybe suggestion you made?

It seems to me to be a philosophical indifference rather than an outright rejection (Dawkins/Pinker) or a definite 'yes' (Ham, Van Til). And it certainly doesn't give an affable openness (e.g., maybe). It does, however, imply that the idea of God can be useful if such an idea becomes necessary for understanding. But if understanding can be had without God as a variable, then why bother?

The issue isn't whether understanding can be had without God; the issue is whether the evidence is best explained by God. Does the evidence point to the truth of God, or not? Let the evidence decide.

Cheers back to you!
Hendrik