Are all religions the same? 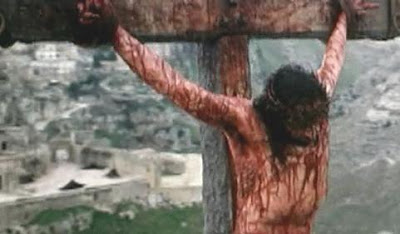 Are all religions the same?

I sometimes encounter well-meaning individuals who, when they learn that I am a Christian, assert that all religious claims are pretty much the same. With respect, I think that their assertion is false.

To defend my view, I will do the following: (1) I will set out a couple clarifications concerning the notions of deep truth and exclusivity concerning deep truth; (2) then I will ask some important religious questions plus provide answers given to us by a few of the world’s religions.

1. A deep truth claim is a claim that accurately describes or corresponds to what is real, regardless of whether the claim feels good or works for me but not for you. That a religion is deeply true means it gives true answers (in the correspondence sense of truth) to some central worldview questions: What is ultimately real? What is the good? What is humanity’s basic problem? And what is the solution?

To say that a religion or worldview is deeply true is not to say that it is true in all of its doctrines, nor is it to say that no other religion can teach truths.

Clark continues: “[E]ven if…only one religion is deeply true, other religions teach many true things. Examples are easy to find. If Christianity is deeply true, Buddhists are right that suffering is universal [and that desire, especially misplaced desire, can lead to problems]. Muslims are right to believe in one God [and be strongly committed to the one God]. Hindus are right that [the] Ultimate is infinite [and not wholly understood rationally]. Jews are right that God spoke through the Hebrew prophets.”

Yes, there are some important similarities among the various religions of the world. Nevertheless, we should also realize (as Clark would agree) that the world's various religions are irreconcilably different in several of their core doctrines, i.e., in their deep truth claims.

2. Consider the following sampling of questions and the answers provided by the world’s religions—questions and answers that show religions do not say the same thing in their claims to deep truth.

Is God's nature triune or a unity? Christianity says God is a trinity (one God who is also three persons—Father, Son, and Holy Spirit—living in an eternal relationship of love). Judaism and Islam say God is a unity (one God, but an eternal singular person).

What about Muhammad? Is Muhammad God’s greatest and ultimate prophet? Yes, according to Islam. No, according to Christianity, Baha’i, Sikhism, and most or all other religions.

What about Jesus? Is Jesus the God of the universe come to earth as a human being? Yes, according to Christianity. No, according to Judaism, Islam, and all others. (According to Jehovah's Witnesses, Jesus is the archangel Michael.)

Did Jesus actually die on a cross (thereby taking our punishment for our sins onto Himself)? No, according to Islam. Yes, according to Christianity.

Easter is the celebration of Jesus' resurrection, which is a historical sign that Jesus' message is deeply true. I respectfully submit that readers interested in the deep truth claims of Jesus should check out the evidence for Jesus' life, death, and resurrection.

Significantly, if the Easter event occurred, as the evidence strongly suggests, then we have good grounds to trust Jesus and to follow Him. Jesus’ resurrection means that death and evil really do not have the last word—which is truly good news.

Jehovah's Witnesses proselytizing is a false Gospel.
Advocacy for "God's Kingdom" sounds nice and noble.
Jehovah's Witnesses "God's Kingdom" is that Jesus had his second coming already 'invisibly' in the year 1914 and then Jesus waited 3 1/2 years to appoint them the Watchtower society rulers of his earthly "God's kingdom" in 1918.
This is their hard history and they cannot change it anymore than the Mormons can change Joseph Smith golden plates Jesus came to America for them.
That is just the tip of the iceberg of their unique JW man-made dogmas.
Fair is fair they want to promote their beliefs by cold calling my door and post online so are rebuttals.
*Tell the truth don't be afraid*
-
Danny Haszard

Danny Haszard: A good book about Jehovah's Witnesses is Ron Rhodes' Reasoning from the Scriptures with the Jehovah's Witnesses. You're probably aware of this book already, but I mention it for those who might be interested. Thanks for your comment.