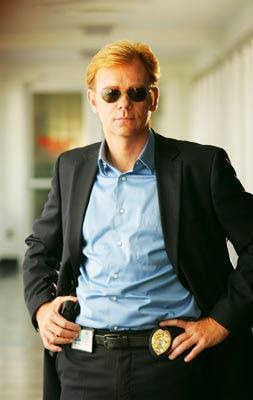 God-of-the-gaps objection (Part 4 of 4):
Intelligent design is not a theological explanation

Sometimes the intelligent design hypothesis is said to be an illegitimate scientific explanation because of the so-called God-of-the-gaps objection. The idea is that intelligent design (ID) is mistakenly used to cover gaps in our knowledge but, as science will show, non-intelligent causes do the job.

In previous columns I set out three philosophical arguments for thinking that the God-of-the-gaps objection, when aimed at ID, is problematic. Today, I will address a theological objection to ID.

Let's review my previous arguments, then let's take a look at the theological concern.

3. The application of the ID hypothesis is guided by an additional reasonable constraint: ID is to be applied only (if at all) to historical sciences, not nonhistorical sciences (Feb 23). ID isn’t an appropriate explanation in sciences that attempt to explain the ongoing regular operations of nature via natural laws; rather, ID is limited to sciences that attempt to explain a historical origin of a structure or event.

Yes, we should keep in mind that the God-of-the-gaps objection sometimes gains traction when an appeal is made to what we don’t know and God or ID is mistakenly introduced to cover gaps in our knowledge. Nevertheless, the God-of-the-gaps objection doesn’t gain traction when we have positive knowledge of gaps in nature’s causal capacities plus positive knowledge of what intelligent causes can do.

As odd as this may seem, there is also a theological objection to the use of ID in science. This objection stems from a "strong" doctrine of creation, i.e., the creation itself is characterized as “fully gifted” or having a "robust formational economy." The idea is that God created a universe with an “inbuilt potentiality” so that it organized itself (some say “freely”), without subsequent creative acts by God, into all the complex and diverse structures and life forms we observe.

On this view (or set of views), the doctrine of God may be a metaphysical presupposition for the doing of science per se (to explain the universe's orderliness and the human mind's capacity to understand the universe's order), but God is not to be used as a scientific hypothesis to explain some particular event/s in the created order. Hence: ID, which attempts to explain scientifically some events as caused by a special act of God, is theologically inappropriate.

I have three responses to this theological objection.

First, ID does not attempt to identify any specific agent as the cause of the events or patterns that smack of intelligent agency. Rather, ID merely attempts to employ empirical evidence to discern that an intelligent agent was at work. Whether the intelligent agent is God or an alien—or whomever—would be determined by the doing of philosophy and theology.

Perhaps an analogy will help here. Think of ID as merely the first step in a crime scene investigation—think of the popular television series CSI: Miami. When detective Horatio Cain arrives at the scene of an alleged crime (and after he takes off his sunglasses), Horatio first attempts to discern that the death wasn't an accident, i.e., the death is not due to natural (non-intelligent) causes, but due to a mind (an intelligent cause). In subsequent investigation Horatio tries to determine the specific identity of the criminal. (Yes, now the CSI theme song "Who are you?" should come to mind. :-)

Second, whether or not God has made the universe in such a way that all design potentialities were front-loaded at the initial creation event, without subsequent creative acts (so everything comes into being via some form of evolution, e.g., chemical evolution, then neo-Darwinian evolution, etc.)—whether or not this is how God chose to act should be determined by the evidence given by the universe, not assumed at the get go.

Perhaps another analogy will help. Think of the universe and its contents as a beautiful oil painting. Yes, it's theoretically possible that an artist created a “fully gifted” canvas so that it contains the potentialities of all the oil paints in such a way that while the artist stretches the canvas the paints emerge out of the canvas to become the beautiful complex configurations we now behold. Or perhaps, like Rembrandt or Van Gogh, the artist first secured the canvas on wooden stretchers and then later, after the canvas was taut, used various brushes to add and spread paint onto the canvas to form the beautiful image.

Surely, whether we should accept the first of these options or the second (or even some third option) should be determined by the evidence, not assumed at the start. The "strong" doctrine of creation with its “fully gifted” or "robust formational economy" (etc.) would have us think that the painting must have emerged and evolved without subsequent special creative acts by the artist. My point: Art historians should let the painting itself tell us how it came to be.

In other words, the universe should be allowed to speak for itself—which is what ID allows. In other words (again), because God is free to create however God wants, we should let the evidence of the universe tell us what happened.

Third, nature itself (i.e., the cosmos), the general patterns of nature which science discovers (i.e., the laws of nature), and the very doing of science per se (i.e., our ability to know the world and discern its patterns, albeit fallibly and non-exhaustively)—these provide philosophical grounds for thinking that there is a Mind (God) who created an orderly universe along with human beings whose minds can discern this order. ID embraces this. However, unlike the "strong" doctrine of creation, ID also allows for an additional possibility: i.e., that of scientifically discerning the more specific causal actions of an intelligent Mind (perhaps God) as they may have also occurred in history.

So, on ID science can discern that a Mind created not only the universe (e.g., via the Big Bang) which is hospitable to life (e.g., fine-tuning of the universe’s initial conditions) but also life itself (e.g., the first life's DNA), if the latter creation in fact occurred later on in the history of the cosmos.

If God has in fact acted in various ways and at various times in the past, then ID would allow for such acts to be investigated by the various scientific disciplines, disciplines that, because of their very existence, also point to God. All of this, it seems to me, is theologically significant—and exciting.

Hendrik van der Breggen, Ph.D., teaches philosophy at Providence University College. Van der Breggen acknowledges that Intelligent Design is presently a minority position in science and that many bright people disagree with ID. He also admits that he could be mistaken, though he likes to believe he is not, so he encourages readers to think carefully. The views in this column do not always reflect the views of Providence.
Posted by Hendrik van der Breggen
Email ThisBlogThis!Share to TwitterShare to FacebookShare to Pinterest
Labels: God-of-the-gaps, Intelligent design