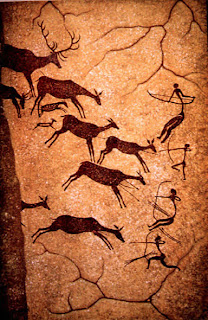 According to the God-of-the-gaps objection, science should not appeal to intelligent design (ID) to explain phenomena found in the natural realm. The concern is that ID will be applied inappropriately, filling gaps in our knowledge, gaps that science will explain via non-intelligent causes.

Philosopher David Hull warns, "Once [scientists] allow reference to God or miraculous forces to explain the first origin of life or the evolution of the human species, they have no way of limiting this sort of explanation." As biochemist Michael Behe observes, "There is the anxiety that if the supernatural were allowed as an explanation, then there would be no stopping it—it would be invoked frequently to explain many things that in reality have natural explanations."

In other words, at the heart of the God-of-the-gaps objection is the idea that the application of a hypothesis must be guided by reasonable constraints but, or so the objection goes, the ID hypothesis has none. Thus, we must always appeal to non-intelligent causes.

The time before last time, I argued that the God-of-the-gaps objection fails because the application of ID is not an appeal to ignorance or gaps in our knowledge; rather, ID is an appeal to positive knowledge. ID is appropriately applied when, and only when, two conditions are satisfied: (1) we have positive knowledge that non-intelligent causes clearly struggle/fail, and (2) we have positive knowledge that the phenomena to be explained clearly resemble the sorts of things that only known intelligent causes do. In other words, and contrary to what the God-of-the-gaps objection would have us think, the application of ID is guided by reasonable constraints.

Today I will argue that ID has yet another reasonable constraint to guide its application, and this constraint weakens the God-of-the-gaps objection even further. (This constraint may be a bit more difficult to understand than the constraints I set out previously, so please bear with me.)

The additional constraint is this: In many sciences, explanations that appeal to intelligent agency constitute a syntactically/ categorically inappropriate response to the question motivating those sciences, so in these sciences an appeal to ID is inappropriate from the get go, whereas in other sciences ID is not inappropriate.

Philosopher of science Stephen C. Meyer explains the constraint well, so I will follow him closely (subsequent quotes are from Meyer).

Meyer points out that the sciences can be divided into two broad categories: historical and nonhistorical.

The nonhistorical sciences consist of branches of physics, chemistry, and biology, and are "concerned primarily with the discovery and explication of general phenomena." The goal of these sciences is to investigate the world's regular operations, i.e., "to discover, classify or explain [via] unchanging laws and properties of nature."

The historical sciences, on the other hand, consist of such sciences as historical geology, evolutionary biology, and archaeology. Their concern is "to reconstruct the past and explain the present by reference to the past," i.e., to "explain events or data not primarily by reference to laws but by reference to past causal events or sequences of events—what might be called 'causal histories.'"

Meyer puts it this way: “To offer ‘God did it’ as an answer to a question such as ‘How does weightlessness generally affect crystal growth?’ clearly misses the point of the question. The answer does not so much violate the rules of science as the rules of grammar.”

Appeals to intelligent agency in the natural realm, then, are constrained by the fact that they are syntactically inappropriate in the nonhistorical or operational sciences. This means that as a possible causal answer in the doing of science, ID is limited primarily to the category of historical or origin sciences. Significantly, this constraint reduces the chances of applying ID erroneously.

P.S. My quotes from Stephen C. Meyer are from his essay "The Methodological Equivalence of Design and Descent," in The Creation Hypothesis: Scientific Evidence for an Intelligent Designer, edited by J. P. Moreland (Downers Grove, Illinois: InterVarsity Press, 1994), 67-112. Meyer restates these points in his book Signature in the Cell: DNA and the Evidence for Intelligent Design (New York: HarperCollins, 2009), 408-410.