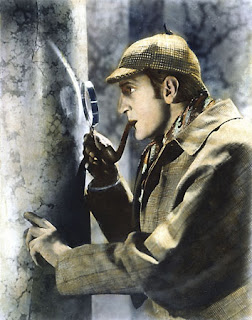 According to the God-of-the-gaps objection, the intelligent design hypothesis is an illegitimate scientific explanation. The idea is that intelligent design (ID) is mistakenly used to cover gaps in our knowledge but, as science will show, non-intelligent causes do the job.

Today I will set out another argument for thinking that the God-of-the-gaps objection, when aimed at ID, is problematic.

Indeed, if we accept the God-of-the-gaps objection, then we must always ignore known limits of what non-intelligent causes can in fact do, even when the known evidence points to intelligent design.

Surely, this is a problem.

To illustrate the problem, consider a Scrabble game (played at my home) where the letters are arranged as follows: DAD IT IS YOUR TURN TO BUY PIZZA. If we always disallow ID, then I would be committed to thinking that the letters arranged themselves, however improbably, without the benefit of intelligent causal input. But I know (have very reasonable belief) that there is a causal gap in the capacities of the Scrabble tiles to arrange themselves into a meaningful sentence, and I know that the arrangement in question is the sort of thing that intelligent causes do. The upshot: A constant appeal to non-intelligent causes will block what my sons actually communicated via the Scrabble board. Hence, no pizza.

Now, let’s think about God. If God really did create the universe a finite time ago (e.g., via a finely-tuned big bang), and if God subsequently really did act in the world in a special way (e.g., to create the first living organism), and if God actually left good evidence or traces of Himself in what He created (as the Scriptures suggest)—if these were all the case, yet science is never allowed to provide explanations that involve intelligent causation (whether divine or merely supernatural or whatever)—would our scientific theories miss something important?

Here's the lesson: The number 1 rule of science should be that we seek the best explanation of the evidence, period; we should not force the evidence to fit a philosophy.

Lehigh University biochemist Michael Behe illustrates the above lesson in a fun but deeply insightful way:

“Imagine a room in which a body lies crushed, flat as a pancake. A dozen detectives crawl around, examining the floor with magnifying glasses for any clue to the identity of the perpetrator. In the middle of the room, next to the body, stands a large, gray elephant. The detectives carefully avoid bumping into the pachyderm's legs as they crawl, and never even glance at it. Over time the detectives get frustrated with their lack of progress but resolutely press on, looking even more closely at the floor. You see, textbooks say detectives must ‘get their man,’ so they never consider elephants.” (Michael J. Behe, Darwin's Black Box [The Free Press, 1996], 192.)

In other words, the God-of-the-gaps objection assumes the outcome of our investigations before the investigations take place. Surely, this is closed-mindedness.

Thus, the God-of-the-gaps objection is problematic—and it shouldn’t block our scientific inquiries into evidence for intelligent design.

Hendrik van der Breggen, Ph.D., is assistant professor of philosophy at Providence University College, Canada. The views in this column do not always reflect the views of Providence.
Posted by Hendrik van der Breggen
Email ThisBlogThis!Share to TwitterShare to FacebookShare to Pinterest
Labels: God-of-the-gaps, Intelligent design

Philosopher Michael Austin sets out a brief but helpful assessment of the God-of-the-gaps objection over at Psychology Today.