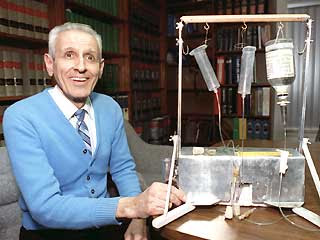 Often in the discussion about whether or not physician-assisted suicide should be made legal in Canada, proponents of legalization tend to look at arguments in favour but not arguments against. I think that we should look at pros and cons, not just pros.

I understand that a major pro for physician-assisted suicide has to do with the individual's choice in response to suffering. Freedom is important, truly.

But, of course, the freedom to exercise one's choice is not absolute. I do not have the freedom to shout "Fire!" in a crowded theatre if there is no fire and if the shout will cause a stampede to the exits resulting in injury to others.

So, yes, individual freedom is important, but the individual does not live in a social vacuum. In public policy debates we should think about the individual's freedom AND the consequences for the larger society.

Here, then, are [four] cons or concerns—i.e., [four] possible negative consequences for the larger society if physician-assisted suicide is accepted—which should also be considered.

Concern 1. Our society will see suicide more and more as a legitimate way of solving an individual's problems. Got a problem that makes you suffer? Don't forget you can get help to kill yourself!

(This scenario is not far-fetched. At one of the universities I attended not too long ago, I worked as a teaching assistant in an ethics course for a fellow doctoral student who told the class [a] that he had advised his roommate that suicide was an option as a solution to the roommate's problems and [b] that subsequently the roommate committed suicide. My fellow doctoral student displayed no qualms or remorse about the advice.)

Concern 2. Life will no longer be seen as society's default position and so our most vulnerable—the elderly, terminally ill, disabled—must begin to justify their lives. Surely, this is a nasty burden to place on people when they're already down.

[Concern 4. There is a non-fallacious, logical-legal slippery slope argument that looms large. Reasons for for one action sometimes also justify other actions which are unintended. The alleged right to end one's life because one is suffering may justify not only the situation of the terminally ill but also that of the non-terminally ill, the elderly, the disabled, the parent suffering the loss of a child, the person suffering chronic back pain, the depressed LBGTQ teenager, bullied adolescents, etc. For more details about this concern, see my column for December 1, 2011: Physician-Assisted Suicide is a Slippery Slope.]

It seems to me that if we can give top-notch medical and psychological care to those individuals who suffer—such that the suffering is alleviated—then (a) there would be no need for physician-assisted suicide AND (b) we would end up with a healthier, happier, and less morally-calloused Canada.

In view of the pros and cons, I think it would be wise for Canadians not to legalize physician-assisted suicide and instead do a better job of providing palliative and hospice care.

(Hendrik van der Breggen, PhD, teaches ethics at Providence University College. The views in this column do not always reflect the views of Providence.)

P.S. For additional arguments that support the wisdom of not legalizing physician-assisted suicide, be sure also to look at the following APOLOGIA columns:

On the importance of palliative care, read Olivia Chow's "Palliative Care: Society Needs to Act". (Thanks to Paul Oleniuk for bringing this to my attention.)

Here is a helpful 5-minute video from the Christian Medical and Dental Society called "The Gift: Living Fully, Dying Naturally". Dr. Catherine McNally (palliative care physician): "There really is a very big difference between physician-assisted suicide and euthanasia and withholding medical treatment. With both physician-assisted suicide and euthanasia, there is a decision to intentionally end a life at a particular time. With withholding medical treatment, or the decision to stop active treatment, we’re allowing the disease to naturally take its course."