On putting down pets and people 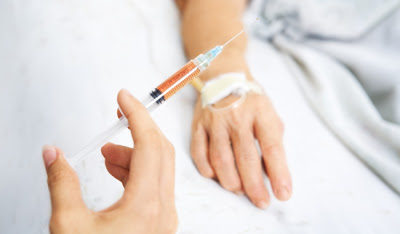 On putting down pets and people

In the current Canadian discussion about whether physician-assisted suicide should be legalized for the terminally-ill, an oft-heard argument in favour of legalization is what I call the "we-put-down-pets-so-let's-put-down-people" argument. I think that this argument should be put down.

Let's take a closer look at the argument, then let's assess it.

Here is a version of the argument which I've seen on the Internet (from a comment on the Aug. 3 CBC News article "Should people have the legal right to assisted suicide?"):

"When it comes to an end of life which is filled with pain and suffering, we treat our animals better. No one thinks twice about euthanizing an animal that is in pain and the prognosis is not good. But for a human? Not so much. Who are we keeping them alive for? Surely not themselves. The greatest gift we can give a loved one is a good and decent death with as little suffering as possible."

Here is another version of the argument from the Internet (a comment on the Aug. 3 CBC Radio column "Dr. Brian's Side of the Gurney"):

"I agree with assisted suicide. We have enough compassion on suffering animals to put them down. Why not help a human being end his/her suffering?"

It seems to me that the "we-put-down-pets-so-let's-put-down-people" argument is deeply problematic.

First, it's simply not the case that we treat people more humanely when we put them down when they suffer. The humane, compassionate response to a human being who is suffering pain and his/her prognosis is not good is care—palliative care.

Palliative care is medical care that allows terminally-ill people to die with dignity, with little or no pain, and surrounded by genuinely caring people. Surely, the humane thing to do is provide comfort and pain relief for people who suffer, not take their lives.

Not so incidentally, to describe the deliberate and active killing of a loved one as a "good and decent death" or "the greatest gift"—when good palliative care can be given instead—is, to put it mildly, a dangerous misuse of language (kind of like describing the now-famous theft by British thugs of the contents of an injured man's backpack as "helping" or "lightening his load").

Second, as we think about the "we-put-down-pets-so-let's-put-down-people" argument, we should also be reminded of this fact: withdrawing or withholding extraordinary, burdensome, or medically useless treatment from a terminally ill patient and thereby allowing the patient to die of the illness is already both a legal and ethical part of palliative care—and does not require the legalization of physician-assisted suicide.

We should also remember that there is a treatment called palliative sedation, which can minimize pain as death runs its natural course.

I strongly suspect that if we had better palliative care (i.e., medical care that allows terminally-ill people to die with dignity, with little or no pain, and surrounded by genuinely caring people), we would also have fewer people calling for physician-assisted suicide.

(Hendrik van der Breggen, PhD, is assistant professor of philosophy at Providence University College. The views in this column do not always reflect the views of Providence.)

P.S. For some of my other arguments against physician-assisted suicide, be sure to check out my other Apologia columns:

Scott Peck's book, "Denial of the Soul", adds another basic difference between pets and people. If we take Fritzie (our dachshund) to the vet to be put down, we do not assume that Fritzie has a soul. Equally, the way the argument is framed for causing the death of another person assumes that the person also has no soul. Peck obsrves that we do not know what God is doing within the person in the last stages of life. Assisted suicide is, Peck notes, a declaration of being in control at the moment of death, so that we enter the presence of Omniprsence asserting our independence. Such an attitude at such a time is, Peck notes, highly dangerous.

Peck's basic argument, that we leave the soul out of the equation (hence: denial of the soul) is relevant to the difference between "putting down pets and people".

Thanks for the reference to Scott Peck's book, Denial of the Soul. You've mentioned this book to me in a previous discussion, and it looks deeply interesting.

I'm not sure that an appeal to an immaterial substance such as soul is really helpful here. Don't get me wrong, I think that each human being has a soul. However, I realize that not everybody, whether Christian or not, agrees with me on this. (Not all Christians are substance dualists; some are physicalists when it comes to human nature.) Moreover, some people (Christians included) argue that an animal has a soul too (but a soul that's of a different sort than human souls).

It seems to me that, theologically, when it comes to physician-assisted suicide, it's the category or kind of being that is relevant, whether we conceive of it as wholly physical or physical-and-immaterial. On the Christian view, human beings are a creaturely category distinct from other living beings because they are "made in God's image." On this view, the various non-human animals reproduce "after their kind," whereas human beings are the only creatures "made in God's image" and so are the only creatures made "after God's kind" (so to speak). So the relevant concern in our present discussion (in Apologia) has to do with moral value, not soul.

Interestingly, in the book of Genesis, before God created humans, God pronounced the creation "good," then, after God created humans, God pronounced the creation "very good." The implication is that although the various animals and human beings have moral worth, human beings are the moral pinnacle of God's creation. Human beings have much greater worth because they are made in God's image and God is The Good (so destroying what reflects God's image is bad or evil). Theologically and morally, then, that's why human beings are of greater worth than pets—even if both types of creatures have souls, or not.

Epistemologically, whether one is a Christian or not, we can know that people have greater moral worth than pets because this is written on the heart and in the moral fabric of the creation—and this can be discerned, more or less clearly, by the human mind via reason (our capacity for moral-rational insight), which is part of our constitution as God's image-bearers.

P.S. Please give Fritzie a doggy treat and pat on the head from me.

One doesn't have to be a substance dualist to believe in the soul. We can say that we are enfleshed souls or ensouled bodies, and hold that the two make one unique substance. But (unless I read Genesis 1 wrongly--referring precisely to the difference to which you draw attention) it is in the ensoulment that we differ from the animals.

Following Rabbi David novak 9as he writes about the sanctity of human life), I feel no need to speak from other than my perspective as a Christian--hence my reference to "soul". The argument should make sense to the secular person and to people of other faiths in general; but in any case I speak as who I am.

I think that on this issue we agree, even we parse the argument slightly differently.