God and the Principle of Non-Contradiction 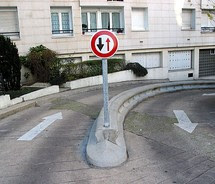 God and the Principle of Non-Contradiction

Some people claim that it is possible for God to perform an inherently contradictory task. The idea is that God is all powerful, so God can do anything—even violate the principle of non-contradiction.

Here are my reasons.

Please do think about it: For a task to be inherently contradictory requires that something both be AND not-be at the same time and in the same sense. Clearly, such tasks simply are not the case and cannot be the case, metaphysically (i.e., in reality) as well as logically (i.e., in principle).

In other words, descriptions of such tasks are necessarily false, and so the principle of non-contradiction is necessarily true—and we know this.

(If, having paused to think about the principle of non-contradiction, you don't intuit its truth and the falsity of its violation, please go on to think about the concrete examples I set out in my second reason; then re-read my first reason. Please be patient, and please keep in mind that logical insight sometimes takes effort and time—as, say, mathematical insight sometimes takes effort and time.)

Second, concrete examples of inherently contradictory tasks demonstrate the truth of the principle of non-contradiction.

(d) The task of making a statue taller than I am and, at the same time and in the same respect, shorter than I am. (I'm 6 feet and 3.5 inches tall.)

The above "tasks" are meaningless—they're nonsense. The concepts involved in a contradiction cancel each other out, resulting in a failure of reference. There is no referent, and there cannot be a referent.

The proper response to any request to perform an inherently contradictory task is: Huh? (And maybe taking some Tylenol.)

If we ask God to do such a "task" (better: pseudo-task), then we are asking God to do what in fact and in principle cannot be done by anyone, including God. We would be asking God to do some thing that isn't a thing! (I suspect that God's response might be: "What the heck are you talking about?!")

Of course, God is able to do tasks that are so subtle and complex that they may seem contradictory to us. But that’s another issue. That’s a reflection of our limitations, not a reflection of the clear meaning of contradiction and what it means to violate the principle of non-contradiction.

C. S. Lewis understood the principle of non-contradiction clearly, so I close with him:

"[M]eaningless combinations of words do not suddenly acquire meaning simply because we prefix to them the two other words 'God can'. It remains true that all things are possible with God: the intrinsic impossibilities are not things but nonentities. It is no more possible for God than for the weakest of His creatures to carry out both of two mutually exclusive alternatives; not because His power meets an obstacle, but because nonsense remains nonsense even when we talk it about God." (C.S. Lewis, The Problem of Pain, p. 15.)

Thanks for the thoughts, Hendrik. When I started reading, I thought of Lewis' comment. I like that: nonsense does not cease to be nonsense, just because we speak it about God.

This is why philosophy is la bomba.