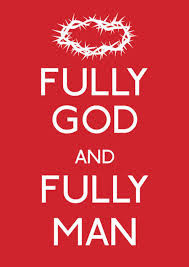 I think that the objection fails. First, some conceptual clarifications, then some argument.

To demonstrate that a contradiction charge fails requires showing merely that there is a possibility or sense in which the alleged opposites can stand true together.

For example, to deflate the charge that, say, God and evil are logically contradictory (and thus God doesn't exist) requires merely setting out a logically possible (logically coherent) scenario wherein God and evil can co-exist. Enter the free will defence and the "fall": the first humans are given freedom to love and obey God (The Good), but choose against God—hence evil. As a logically possible scenario it refutes the contradiction charge (and the refutation holds whether the scenario is in fact true or not, though I think it's true).

Christianity's God is triune ("triune" is a concept gleaned from biblical data concerning God's nature). God is one being which consists of three persons or centres of consciousness: God the Father, God the Son, God the Holy Spirit. The members of the trinity are each personal, conscious, relational, moral, rational, free, creative. God is a unity of three persons in an eternal love relationship. (Note: God is not one God and three Gods, nor is God one person and three persons. These are contradictory, unbiblical notions.)

Interestingly, the notion of three persons in one being is logically possible even in humans; think of a man with multiple distinct personalities. (I'm not saying God is schizophrenic; I'm merely illustrating logical coherence.)

Essential properties are different from common properties. The roundness of a ball is essential to that ball. Without roundness, it's not a ball. The ball's red colour is a common property, not essential; yellow balls would still be balls.

The idea that Jesus is God (God the Son) and fully human is contradictory only if we take "fully human" to mean can't be God. But this confuses fully human with commonly human. This forgets that God's image is a subcategory of the divine. God also has the image of God.

We humans are fleshly creatures made in the image of God but we are limited and fallen—we are commonly human. Whereas our essential nature, i.e., our God-likeness (our personal, conscious, relational, moral, rational, free, creative nature) is limited and fallen, God's nature (God's personal, etc. nature) has no limiting properties and is not fallen.

This permits the logically possible scenario wherein an all-powerful triune being chooses temporarily not to exercise (yet retain) all of one of its person's powers while that person dons human flesh.

This means Jesus can be fully God (God the Son) and, because He is God, also be a limited but not fallen fleshly creature made in the image of God—fully human.

Next time I'll deal with the following objections: Isn't the Incarnation contradictory because Jesus lacked omniscience (i.e., He doesn't know when the end will come), was tempted (but God can't be tempted), and died (but God can't die)?

Further reading on the principle of non-contradiction:

Further reading on the concept of Incarnation:

Further reading on the evidence for Jesus’ resurrection (which is a sign for believing Jesus is in fact God Incarnate and placing our trust in Him):