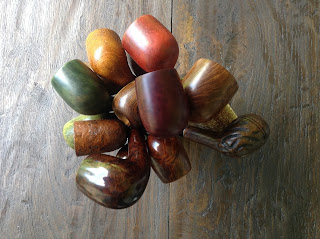 Sometimes I sit on our deck, quietly puffing on my pipe, and I think. What follows are some of my thoughts. They're somewhat disconnected and perhaps disconcerting—read at your own risk.

● The College of Physicians and Surgeons of Manitoba is asking the public for feedback on "Physician Assisted Dying." Here's a wee bit of feedback from me. Yes, I'm pretty sure we all want physician assisted dying: please don't abandon us as we die, please provide clean sheets, food, and morphine as death takes its course. Thank you. Oh, wait, sorry, I misunderstood: you're actually wondering if I'd like for you to kill me? Maybe the college should be asking the public for feedback on Physician Assisted SUICIDE. Just saying.

● The Supreme Court of Canada says physician assisted suicide (er, I mean, "dying") will be legal as of February 6, 2016. Doesn't this reflect poorly on all our efforts on suicide prevention? Are only some suicides worth preventing? National Suicide Prevention Week (revised): Monday to Thursday only?

● The survey from Manitoba's College of Physicians and Surgeons tells us that "Physicians must not impose their moral or religious beliefs about physician assisted dying on patients." Hmmm. Isn't the college imposing the moral belief that life is no longer the default position and so the patient must choose to live or die? (Intellectual health warning: Somebody is having their philosophical cake and eating it too.)

● Physician assisted suicide imposes a terrible burden on the vulnerable. If life is no longer society's default position, then the most vulnerable—the elderly, terminally ill, disabled—must justify their continued existence. This is plain nasty—a kick in the teeth.

● "Progressive" is sometimes a euphemism for "slippery" or "slither."

● Glamour Magazine has named Cecile Richards "Woman of the Year." Yes, this is the woman in charge of Planned Parenthood, the organization that's been killing unborn babies and selling baby parts. And, yes, this magazine awarded the same title to the man Bruce/ "Caitlyn" Jenner. Clearly, glamour ain't what it used to be.

● IVF (in vitro fertilization) involves morally dubious practices and risks: (a) destruction of multiple human embryos (human beings) to get one that "sticks" (in the uterus); (b) possible abortion of excess children if more than one embryo sticks; (c) ongoing frozen "leftovers"; (d) egg harvesting at risk of women's health ("eggsploitation"); (e) increased demand for surrogate mothers ("breeders"); (f) severing of ties to one or more biological parents when anonymous donor sperm or eggs are used; (g) turning of children into commodities. IVF? LOL (lots of lament).

● Science and physicalism/ materialism should be distinguished. Why? Because science—a method (methods) of inquiry—and physicalism/ materialism—a metaphysical philosophical view—might not wholly overlap. We should be open to going wherever the evidence takes us. Maybe a non-physical entity or being (e.g., an intelligent agent/ mind) is a better explanation of the data?

● Enlightenment/ autonomous reason was an abuse of reason. The problem wasn't reason per se; the problem was the faulty, arrogant assumptions. Abuse or misuse is not a good reason for disuse.

● Jesus is the Logos and the Truth. Think carefully, for Christ's sake.