Of course, we should help pregnant women whose problems push them to contemplate abortion. Happily, over past decades pregnancy crisis centers and churches have been providing much practical hands-on help. This effort should definitely continue.

Nevertheless, my heart breaks at the growing indifference towards the deliberate deaths of unborn children. Consider these examples from the news.

News agencies recently revealed that two hospitals were supplying aborted fetuses as fuel for incinerators that provide electricity. One hospital is located in England. The other is located in British Columbia. The latter shipped its fetal parts, along with the regular biomedical trash, to a power plant in Oregon.

The killing of children is itself a horror, but an additional horror is the calm, systematic, efficient, environmentally-friendly, and impersonal handling of the incineration of the children's bodies. Internet commenters have suggested that this practice constitutes a responsible and steward-like use of energy. This strikes me in some sense eerily analogous to the mindset of those who incinerated Jews.

On my Facebook page someone even wrote: "Reduce, reuse, recycle."

More news: Emily Letts, an American 25-year-old actress and abortion clinic counselor made a YouTube video of her own abortion. Why? To portray "a positive abortion story."

During the video Miss Letts hums happily. She describes the abortion experience as "birth-like." She adds: “I don't feel like a bad person. I don't feel sad. I feel in awe of the fact that I can make a baby, I can make a life.” She expresses no moral qualm about taking her child's life.

Reality check: many abortion stories are in fact not positive, as many post-abortive women testify. Also, abortion kills a human being.

Yes, it should be acknowledged that not all "pro-choice" advocates approve of Letts' video, and many express dismay at her callous and cavalier attitude.

But we ought to maintain perspective. Letts is not an anomaly in the "pro-choice" camp, as, say, a killer of abortion doctors is an anomaly in the pro-life camp. Whereas the killing of abortionists is roundly (and rightly) rejected by the mainstream pro-life movement, the fact is that apparently quite a few "pro-choice" advocates do promote a callous, cavalier attitude similar to that of Letts. (For substantiation, see the latter portion of "Abortion counselor videotapes her own abortion, posts to YouTube," LifeSiteNews, May 6, 2014.)

More news: Canada's federal Liberal leader Justin Trudeau says people with pro-life views on abortion are not welcome in the Liberal party. Liberal MPs may not speak in defence of innocent pre-natal children.

Ongoing news: The leader of Canada's federal Conservatives, Prime Minister Stephen Harper, continues his refusal to countenance discussion in parliament on the abortion issue, and Conservative MPs are pressured not to disagree with the PM. (For the record: there are more pro-life MPs in the Conservative party than in other parties.)

What is going on?

Human beings are aborted at such a rate that their corpses can be incinerated to provide energy and many people are okay with this? A human being is aborted not for the mother's health's sake but to win a video contest? People who think human life before birth is worthy of protection are not welcome to speak out in (at least two of) Canada's major political parties?

Surely, this is outrageous!

I call on fellow citizens to resist this growing darkness, this culture of death, this moral rot.

For Christ's sake, folks, wake up. 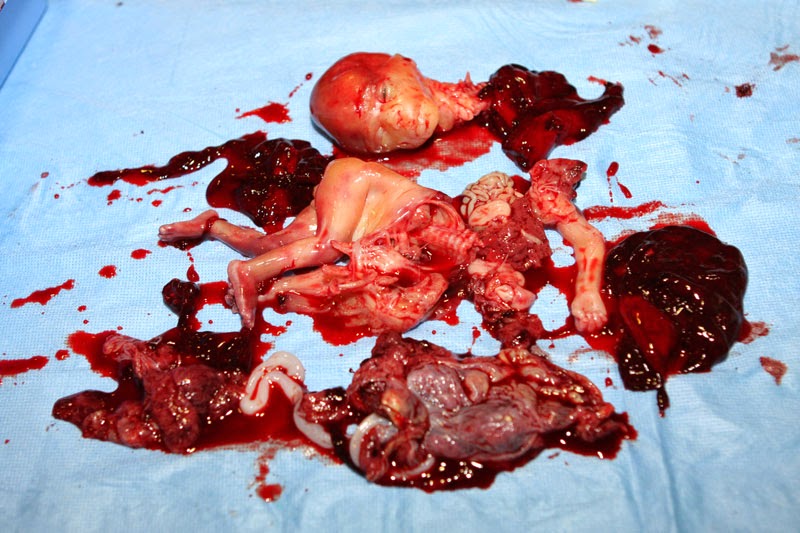 Justin Trudeau then added the one argument that some Liberals apparently feel is unassailable: “And since 1988, the Supreme Court of Canada has recognized that a woman’s right to a choice in this matter is a Charter right. [It’s] upheld by the Constitution.”

But as Margaret Somerville, founder of McGill University’s Centre for Medicine, Ethics and Law, pointed out this week, the idea that the Charter of Rights and Freedoms guarantees women an unfettered right to abortion is dead wrong.

In the 1988 Morgentaler case itself, the Supreme Court of Canada did indeed strike down Canada’s abortion law — but not because this is not an area [of] bioethics fit for legislation. Rather, the Justices found that the system of hospital committees that then regulated abortion access was restrictive, unpredictable and time-consuming — and that the health of women often was being compromised as they waited for doctors to pass judgment on their cases.

No one should want to go back to such a pre-1988 system, and the Supreme Court was correct to conclude that it violated a woman’s “right to life, liberty and security of the person” in a way that could not be reconciled with “the principles of fundamental justice.”

But in the same breath, the Chief Justice declared that “protection of foetal interests by Parliament is also a valid governmental objective.” Justice Jean Beetz added that “the protection of the foetus … relate[s] to concerns which are pressing and substantial in a free and democratic society and which, pursuant to s. 1 of the Charter, justify reasonable limits to be put on a woman’s right.”

Of course, leaders of all the other parties -- including the Prime Minister -- should take the above clarification into account, too. Protection of the interests of unborn children is "a valid governmental objective," according to the Supreme Court.

Note: I favour attempts to limit abortion in modest steps that will gain strong political support by all parties. Thereby, I believe, the larger population will slowly regain its moral compass. (Think of the British parliamentarian William Wilberforce's efforts against slavery in the film Amazing Grace.)

To be sure, such laws would not stop all abortions, but the laws would help save some lives, perhaps hundreds of lives, maybe even thousands. That, it seems to me, is an important step in a good direction.

A pro-life effort that I support is We Need A Law.