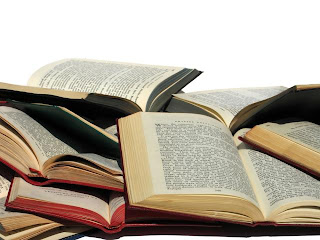 Over the past few years, the Canadian Association of University Teachers (CAUT) has been investigating and blacklisting several Christian universities because, CAUT alleges, these schools violate academic freedom. According to CAUT, culprit schools “have imposed [on faculty] a requirement of a commitment to a particular ideology or statement [of faith] as condition of employment,” and so such schools “cannot be practicing academic freedom.” Thus, or so CAUT would have us believe, the blacklisted Christian schools lack academic legitimacy and credibility.

Happily, last week CAUT announced that it will cease its lengthy formal investigations (which, as critics have correctly pointed out, could have been conducted in minutes simply by checking each school's website).

Unhappily, however, CAUT still plans to maintain a list of schools that require their faculty to sign a faith statement. (I say "unhappily" because CAUT's project continues to cast public suspicion on listed schools wholly in the absence of empirical evidence that the academic freedom of faculty or students in these schools has been actually impaired.)

In three previous Apologia columns (April 22, April 29, May 6, 2010), I set out three reasons for thinking that CAUT's blacklisting project is problematic. Today, I will add a fourth reason.

Reason 1. Via its blacklisting project CAUT is thwarting academic freedom broadly conceived. That is, CAUT is denying the fact that academic freedom is enhanced if we allow sub-groups of the broader scholarly community to accept the philosophical-theological light that they believe they have discovered, allow them to band together, and allow them to use the aforementioned light as a lamp unto their collective feet. Sure, these sub-groups might be mistaken; but they might not be mistaken. Either way, there is an increase in the freedom of the broader academic community to pursue knowledge and truth—which is good.

Reason 3. In an important sense it is false that a Christian school's requirement for faculty to subscribe to a statement of faith means that such schools "cannot be practicing academic freedom." In my personal experience teaching at a Christian university college, faculty and students have the freedom to investigate—and are in fact encouraged to investigate—the faith doctrines of their particular school. Thus, faculty and students have the freedom to seek truth even under the auspices of a faith statement.

Recently, I have learned of yet another good reason for thinking that CAUT's blacklisting project is problematic.

Reason 4. CAUT's major concern—that a school's requirement of faculty to adhere to a particular ideology or faith statement as a condition of employment may impinge on the outcome of an academic investigation and thereby impinge on academic freedom—is a concern for all schools, not just Christian schools.

To support reason 4, I will quote (with permission) from an email sent to me by my friend and colleague, Dr. Kevin Flatt, assistant professor of history at Redeemer University College. (Aside: When Kevin was a teenager, he was a student in one of my Sunday school classes—yes, the pupil quickly becomes the master!)

According to Dr. Flatt, "all scholarship, whether Christian or not,…involves parameters that limit academic freedom."

Dr. Flatt defends this claim with two excellent insights (so I quote in extenso here):

(1) Even secular universities impose limits on academic freedom on the basis of some (albeit minimal) shared perspective. For example, no Canadian university would allow a scholar to outright deny the historical truth of the Holocaust, or to argue that women are not full human beings, or to publish papers suggesting that professors should murder their students. Why? Because such "freedom" would strike at the very basis and mission of those universities. In this way, even secular universities constrain academic freedom on the basis of a shared starting point, even if the content of that starting point differs from, and is less specific than, that of Christian universities.

(2) But even if this were not so, on an individual level, every scholar works with what [Yale philosopher] Nick Wolterstorff calls "control beliefs" (Reason within the Bounds of Religion, chap. 9) that act as self-imposed limits on what theories that scholar will even consider. For example, someone who holds the non-existence of God as a control belief will always rule out a theory that involves miraculous divine intervention in the course of events, no matter how strong the evidence in its favour (I'm preaching to the converted here, I know). Admittedly, control beliefs can be revised over time, but at any given moment, every scholar must operate within their parameters. Even if the faculty at a secular university (unlike at a Christian one) have not joined together on the basis of shared control beliefs, the individuals concerned are still operating with those beliefs. And in any case, as I argue under (1), I think the secular academy does have some shared control beliefs, whether it wants to admit it or not.

Thus, the Canadian Association of University Teachers now has four good reasons to completely halt its blacklisting project—or, as Reason 4 suggests, at least include the rest of Canada's universities on its list.

I think your four posts on this academic freedom issue are very important, Dr. V., and you put forth some good arguments. Has CAUT responded to them at all?

I think that the main problematic assumption CAUT holds to (which reason #2 hints at) is, in a nutshell, "Secular/Non-religious = neutral, Religious = biased." Unfortunately this assumption seems to be deeply rooted in both academia and society at large. The public doesn't understand that everyone has particular precommitments, and that, as Wolterstorff points out, none of us are unfettered intellects. Besides, equating unfetteredness (is that a word?) with freedom also seems problematic. Perhaps meaningful freedom requires some ground rules.

P.S. How did you find a picture of my coffee table for the top of your post? ;)

Thanks for your kind and thoughtful comments. Nothing has come from CAUT (yet).

I agree with your identification of the generally-held problematic assumption, i.e., that “Secular/Non-religious = neutral, Religious = biased.” And I agree that we should clarify the nature of this problem as it pertains to the academic freedom issue, i.e., we should acknowledge that we all have intellectual precommitments and biases—none of us is intellectually neutral or can be neutral. Here, though, as a small (but important) step toward clarifying the ground rules for what you’ve called “meaningful freedom,” I would suggest that we make a distinction between psychological objectivity and rational objectivity. This distinction comes from philosopher J. P. Moreland.

What is rational objectivity? Moreland says this: “Rational objectivity is the state of having accurate epistemic access to the thing itself. This entails that if one has rational objectivity regarding some topic, then one can discern the difference between genuinely good and bad reasons/ evidence for a belief about that topic and one can hold the belief for genuinely good reasons/ evidence.” Rational objectivity, then, acknowledges precommitments and biases, i.e., it recognizes that we all have them and that sometimes they can distort the findings of our investigations of the world; but it also acknowledges that our precommitments and biases needn’t blind us to (fallible, non-exhaustive) knowledge of the world. Enter: the stuff on simple seeing that I’ve written about in two previous columns ("It's all interpretation?" x2), plus the application of reasoning that critically examines the influence of assumptions and bias, examines both favorable evidence and negative evidence, is open to correction, and is honest and truth-seeking.

So, to get back to “meaningful freedom” (in academic work especially), I think that it’s important to acknowledge the reality of precommitments and bias, but I think too that it’s important to realize that from the fact that we all have precommitments and biases, it doesn’t follow that all positions are equally justified by reason and evidence. I think that there is a common ground—i.e., the world itself and careful reasoning therefrom—that should be the source of our knowledge of truth about the world itself plus should serve as an important factor (if not the most important factor) for arbitrating between conflicting interpretations arising from our investigations of the world. Perhaps this could be a candidate for one of the "control beliefs" referred to by Kevin Flatt (and Nicholas Wolterstorff).

I hope that the above clarification is helpful.

I sometimes say more than is needed. Let me summarize the main point of what I argued above.

I agree that the following is a mistake: “Secular/Non-religious = neutral, Religious = biased.” In our correction of this mistake, however, I think it's important not to embrace yet another mistake: "All views (whether secular or religious) = biased, Truth/truth = not known fallibly and non-exhaustively via reason by anyone."

In the May/June 2011 issue of Faith Today magazine, John Stackhouse has the following helpful article: "Compromise on Academic Freedom: Why Canadian Christian universities deserve public support." As far as I can tell the article is presently available online only if you have a subscription to Faith Today. The hard copy version of the magazine is available in the Providence library.