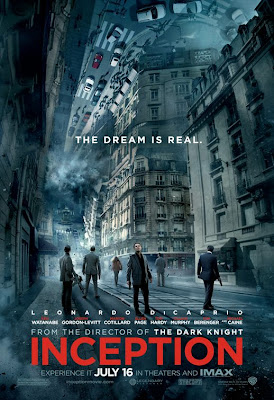 Should we be persuaded by radical skepticism? I think not.

There are at least four types of radical skepticism. Today we will look at funky/pop skepticism (my label). Funky/pop skepticism is probably best explained by considering some examples. (The examples are a bit weird, hence funky. Also, contemporary popular culture promotes the notion, hence pop.)

Consider the movie The Matrix. In this story what we perceive to be real is merely a computer-generated illusion, but in actuality, each of us is floating in an amniotic-sac-like pod with our nervous systems and brains wired into a common virtual reality. Whatever we sense—that is, whatever we think we sense—is merely what a supercomputer programs for us to sense. Nothing we see, hear, smell, taste, or touch is real.

Prior to The Matrix, philosophers entertained the possibility that we are merely brains in vats, kept alive by a mad scientist who feeds us patterns of electrical impulses which mimic our sensory organs.

Consider also the possibility that you are at this very moment dreaming. This example originates with René Descartes (1596–1650) and has been recently revived in the movie Inception. Whatever you see, hear, smell, taste, touch—and read—is simply part of your dream.

I might answer that I believe I am not in The Matrix because I haven’t yet met agent Smith. (Smith, according to The Matrix, is a representative of the supercomputer.) The skeptic responds that the supercomputer wants to keep me in the dark.

Or I might argue that I am not a brain in a vat because I can feel my skull with my hands. The skeptic answers that the mad scientist has wired me to perceive that I am touching my skull when in fact I’m not really touching anything.

Or let’s say that I argue that I’m pretty sure that I’m not dreaming because I heard my alarm go off this morning. The skeptic answers that it’s not at all unusual for one to hear one’s alarm go off in one’s dream.

Should I give up my knowledge of the external world?

There is a reasonable way to answer the funky/pop skeptic. In fact, there are five ways, which together constitute a formidable cumulative case argument.

First, we can point out, following the philosopher Ludwig Wittgenstein (1889–1951), that to imagine a doubt is not really to doubt. I can imagine that I am in a computer-generated world, but that doesn’t mean I really believe it. Simply put: imagining isn’t doubting. To think otherwise is to confuse two distinct cognitive categories.

Second, we can point out that if one were to be convinced of any of the above skeptical hypotheses, then one would be confusing logical possibility with plausibility/probability. Yes, it’s logically possible that the moon is made of green cheese (i.e., there is no logical contradiction in this claim), but from this it doesn’t follow logically that the moon is actually made of green cheese. In other words, the mere logical possibility of X is not the same as an adequate justification for X; therefore, the mere possibility of doubt does not constitute sufficient grounds for doubt.

Third, we can point out that there is no compelling reason to accept any of the funky/pop hypotheses: after all, all we have is the skeptic's mere assertion (of a mere logical possibility).

Fourth, we can point out that belief in any of the funky/pop hypotheses requires a denial of many of our prior beliefs that are logically incompatible with those hypotheses. Furthermore, these prior beliefs are not without epistemic weight—they also count as contenders for knowledge.

In other words, rational persons can weigh the pros and cons—in this case, one pro constituted by a mere assertion of funky/pop skepticism versus five cons or counter-considerations—to conclude that it is reasonable not to believe funky/pop skepticism.

We will examine some other forms of radical skepticism next time.

For the record, I think that the movie Inception is excellent. One of my new favourites! Here are a couple of trailers.

The soundtrack is excellent, too.

Okay, so I'm getting a wee bit obsessed with the Inception soundtrack. I really like this piece: Time.

Haven't seen the movie. But I look forward to renting it in the future. Looks intriguing.

Sorry for the sentence fragments.

Where does anyone encounter the type of skeptic you are describing in your article, Dr. V? I have never met such a person, though I have met many skeptics.

You asked: Where does anyone encounter the type of skeptic who is inclined toward funky-pop skepticism?

Here's my list: Descartes; those influenced by Descartes, i.e., those who think that knowledge requires the ruling out of any possibility of being mistaken (I have in mind some of the folks D.A. Carson calls "hard postmodernists"); anybody who confuses logical possibility for epistemic plausibility (I have in mind here some professors I've studied under, some colleagues, also some bloggers who hold that logical necessity constitutes the whole of good inference or what you've called "rational warrant"; usually these people are very bright and fine, but not aware that they're making the mistake/s involved in funky-pop skepticism).

But your question has to do with where does one meet such skeptics. I meet them in universities, colleges, coffee shops, blogs....

I hope that I haven't spoiled the movie for you!

Okay, thank you for that.

My next question would be then, how is it that Christians are not of the funky/pop cast given their belief in an alternate reality? Is this not having their cake and eating it too?

You ask: "how is it that Christians are not of the funky/pop cast given their belief in an alternate reality?"

My answer: Because the reality in which Christians believe is not a mere logical possibility; rather, it is logically possible and plausible/ reasonable to believe to be true. On the Christian view, the existence of the reality of God isn't merely asserted as a logical possibility; its actual truth is argued for via an appeal to evidence and good reasoning therefrom.

In other words, nothing philosophically illegitimate is being done to the cake.

For some of the evidence and arguments for God's existence which I've set out in Apologia, look here.

Cheers to you too,
Hendrik