Believing Christmas because of Easter 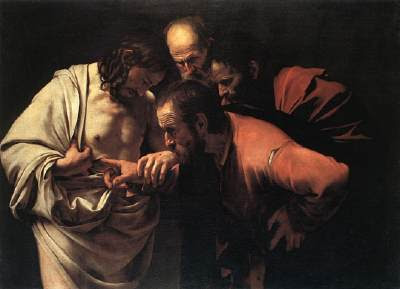 Believing Christmas because of Easter
Christmas is the time of year to reflect on the birth of Jesus. The heart of the Christmas story is that Jesus is God (God the Son) come to earth as a human being. Jesus is Emmanuel—God with us.

It’s an interesting story. But why believe it?

This, it seems to me, is where publicly-accessible knowledge of the historical reality of Jesus’ subsequent death (30-something years later) and resurrection (a few days later yet) becomes crucially important.

If Easter is true, that is, if Jesus really resurrected after His death, then this event would constitute a miraculous sign, i.e., an extraordinary supernaturally-caused, empirically-observable event that provides grounds (1) for believing Jesus is who He claimed to be (God in the flesh) and (2) for placing our faith in Him (as Lord and Saviour).

Some contemporary critics, however, inspired by philosopher John Stuart Mill (1806-1873), object as follows: Even if Jesus’ resurrection occurred, isn’t it likely that the alleged miracle will someday be better explained naturalistically, i.e., as produced by hitherto unknown laws of nature, without recourse to the supernatural?

In reply, I think that a reasonable answer to this objection is No. Here are some reasons for thinking that Jesus’ resurrection is supernaturally caused.

Concerning death, we have excellent knowledge of what relevant natural causes can and cannot do. Our universal experience (with the exception of Jesus' case) over thousands of years is that dead people, when left to themselves, do not resurrect or transform themselves into living bodies made with rejuvenated flesh and new powers. (Reminder: we are talking here about resurrection, not mere resuscitation). Also, our knowledge of cell necrosis (cell death) tells us that dead bodies not only stay dead, if no intervention occurs, but also begin, irreversibly, to decay. Bodily decomposition starts within minutes after death and, after a day or more without refrigeration, renders resuscitation, let alone a resurrection (on naturalistic assumptions), physically impossible.

Of course, to think that there are some previously unknown natural laws waiting to be discovered may be reasonable in some not well understood fields of investigation (say, a healing of cancer as an apparent answer to prayer); and so in those fields one must explain why one thinks one is not being rash in saying those laws cannot be found (perhaps our bodies have built-in, non-miraculous healing powers which become activated when we exercise an attitude of faith).

The fact remains, however, that it is not reasonable to think this way in the well understood realm of human death. As philosopher C. Stephen Evans observes, “we surely know enough about the natural order to know that it is most unlikely that there could be any natural explanation for a person who has been dead for three days being restored to life."

What is worse (for naturalistic explanations), in the case of Jesus’ resurrection we also have the resurrectee claiming to be God, thereby further pointing to supernatural causation.

In view of the publicly accessible historicity of Easter, Christmas clearly is not just another religious story. Easter gives us good reason to think that the heart of the Christmas story—the story of the supernatural God becoming a human being—is true.

Jesus is Emmanuel—God with us. This, it seems to me, is life-changing information.

Flew, in one of his recent books, commented that Atheism is essentially a beginning point, not necessarily an ending point. From an empirical point of view, do you agree that it can be both a beginning and ending point should one interpret the evidence that way? Further, from an epistemological point of view, is it not the case that the burden of proof necessarily begins with those who want to prove that something exists, not that something does not exit?

Thank you in advance

Dear old and good friend Jordan (with emphases on both “old” and “good”),

It’s great to have you visit this blog – thanks for your comment. I will reply to your two questions in reverse order of their asking.

1. Regarding the issue of burden of proof, I think that if someone asserts a claim concerning the existence of X, then that someone should shoulder the burden (do the work) of providing evidence for thinking that the claim about X’s existence is true. I would add a couple of qualifications, however.

In the case of what’s obviously true, e.g., that I have a nose on my face, I think that the person who wishes to deny the obvious must shoulder the burden of proof concerning that denial. I think that in cases of what is obvious, such as the case of my having a nose on my face, the obviousness of the obvious is enough, epistemologically speaking, for me to reasonably believe that I have a nose on my face. It’s hard, if not impossible, to provide anything more epistemologically basic than what’s obvious in an attempt to defend what’s obvious. So I’m a believer in at least some of what are sometimes called “properly basic beliefs.” In other words, I hold to a “particularist epistemology,” which is a common sense view about holding to some items of knowledge even though I haven’t a clue as to how I know them. (Some items of basic knowledge are these: that I am presently conscious and not dreaming; that the world has existed more than five minutes; that I’m not in the Matrix; that the principle of non-contradiction is true; that my sense perceptions of the external world are generally veridical [i.e., when I see my pencil, I see an actual object that fits the description “pencil”]; that I had breakfast this morning; that out of absolutely nothing, nothing comes; that torture for fun is morally wrong. I know that some people might wish to challenge my last two items, but I think that those people would be deeply mistaken—and I think that the people who think torture for fun is okay should be locked up.)

Also, I think that the word “proof” is limited only to a few contexts. We can have proofs in mathematics and formal logic, but not elsewhere. In other contexts—such as history, law, philosophy, the sciences—we usually have cumulative case arguments or arguments/inferences to best explanation, which are arguments based on evidence and good reasoning therefrom.

About the question of God’s existence (or not), I think that if someone such as myself thinks that God exists and is revealed via Christ, and if I wish to share this as a truth claim, then, yes, I should shoulder the burden of “proof”(argument) by backing up my claims with evidence and good reasoning therefrom plus deal with objections. For the record, I believe that I have been doing this sort of stuff ever since I became a believer at age 30. For a sketch of the arguments I have in mind, see my Apologia columns listed under God’s existence. For much better material than mine, see the works of William Lane Craig and Gary Habermas.

2. Regarding Antony Flew’s presumption of atheism (i.e., his view that atheism is the legitimate default starting point for reasoning until we find evidence for God), I know that he’s been taken to task for that position (e.g., reason itself can become undone on atheist assumptions, as C. S. Lewis, Alvin Plantinga, and Victor Reppert have argued); but I can sympathize with Flew, especially in a world which has plenty of competing religious claims. It seems to me, however, that a more philosophically astute starting place is simply to say “I don’t know” and then step out from there. (So, Jordan, I think that we are on the same page here.) In other words, I think that agnosticism, at least an open-minded truth-seeking agnosticism, is a good beginning. Then one should follow the evidence and the arguments therefrom wherever they lead.

Yes, one can end with an atheistic conclusion. However, it seems to me and many others—Flew included—that the evidence and good reasoning therefrom point us in the direction of God. On this topic, see Flew’s recent book There Is A God: How the world’s most notorious atheist changed his mind (HarperOne 2007). To be sure, Flew hasn’t gone so far as to accept Jesus as the Incarnation of this God, but it’s interesting to note that in Appendix B of the aforementioned book Flew has the highly-respected New Testament scholar N. T. Wright provide an essay on the empirical evidence for Jesus’ physical resurrection. I have become persuaded (reasonably I would argue) that Jesus' resurrection is an empirical (i.e., historically investigatable) sign given to us by God to allow us to take Jesus seriously. For more on Jesus' claims and His "gospel"/ good news, I encourage you to read the Gospel of John, which is found in the New Testment. (For starters, read the Gospel of John as an historical document that provides information about Jesus.)

To get back to your first question: Yes, I think that one can begin one’s empirical investigations atheistically, though I think (contra Flew) that it’s better to begin with a question mark (coupled with a desire to seek what’s true); and, yes, I think that one can end one’s empirical investigations with an atheistic interpretation, though I think (with Flew) that such an interpretation goes against the direction in which the evidence and good arguments point us.

Jordan, you were probably just looking for a sip of water, and I opened up a fire hydrant! I hope that what I’ve written is helpful.

P.S. A note for Apologia readers: Jordan and I were in graduate school together many years ago, and we shared the same thesis supervisor, even though we stepped out in some deeply different philosophical directions with our theses. Happily, over the many years, Jordan and I have maintained a wonderful friendship. (Okay, I confess for both of us: Sometimes our wives have helped us in being better social creatures than we are naturally inclined to be.) I will always treasure Jordan’s and my deep friendship and mutual respect.