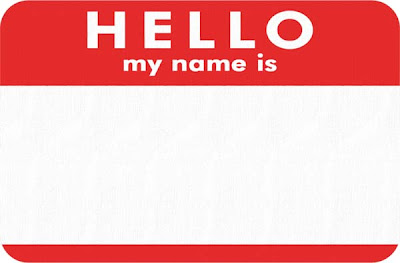 WARNING: The following topic is not on the list of usual matters taken up by Apologia; rather, for better or for worse, it is an attempt to end 2009 with a wee bit of humour.

I enjoy names. Not being called names, but the meaning of names.

Interestingly, some names fit their bearers like a glove.

I teach philosophy. The etymology of the word "philosophy" tells us that philosophy is, or is supposed to be, the love of wisdom. (The word philos is Greek for loving; the word sophia is Greek for wisdom.) It turns out that a very bright and wise colleague of mine from philosophy graduate school has the last name Wiseman. Professor Wiseman. Sigh. It is just sooo right.

It turns out too that there is a well-known philosopher whose name is John Wisdom. Professor Wisdom. Sigh. How wonderfully appropriate. I confess: When I think of philosophers Wiseman and Wisdom, there wells up in the depths of my heart a dark green gooey substance called envy.

But some names don't fit, or maybe they fit too well. And I don't envy the folks who bear these names.

Think of some of the financial scandals perpetrated in the not-so-distant past by some Christian televangelists. It turns out that I have a book on my shelf titled Introduction to Christian Ethics authored by a fellow whose name is Roger H. Crook. Go figure.

Speaking of books, a couple of years ago I received an advertisement from an academic publisher for a book titled Anxiety Disorders. One of the psychologists who authored this book has the name David Nutt. Dr. Nutt. I am not kidding.

Of course, the institution of marriage can do funny things to people’s names.

A philosopher acquaintance recently told me that he knows of a female ethicist named Sharp who married a man named Paine—and she combined her last name with his. Professor Sharp Paine. And some of my ethics students think ethics professors are a mere pain.

The nature of some names may actually be beneficial to others by encouraging the name-bearer to keep out of specific fields of employment. I knew a man whose last name was Coward. I shudder at the thought of him being an infantry officer. Major Coward. It just wouldn’t inspire confidence in the troops.

While on the topic of names and the military, please indulge me as I reminisce about a time at the dinner table when my wife’s and my two sons were quite young. During dinner I mentioned to our boys my penchant concerning the meaning of names. A bit later, just before desert, the boys were giggling, but with suspicious grins on their faces.

Carla and I asked what was going on. Our eldest responded politely with a question: "What if there was a soldier whose last name was Parts?" What if there were such a soldier, my wife and I asked. Both our sons quickly answered: "His name would be Private Parts!"

It’s been quite a few years, but I still laugh at our sons’ joke.

The year 2010 is just around the corner. I hereby wish my readers a Happy New Year—and I pray that you would be blessed by Him whose name is above all names.

(Hendrik van der Breggen, PhD, is assistant professor of philosophy at Providence College, Otterburne, Manitoba. The views in this column do not always reflect the views of Providence.)
Posted by Hendrik van der Breggen
Email ThisBlogThis!Share to TwitterShare to FacebookShare to Pinterest
Labels: Humour, Names, Wee attempt at humour, Whimsy

I was just laughing at an unfortunately named fellow who was being interviewed on the radio the other day. I would say his name, but that would only reveal my immature, crude humor. I'll just say his first name was Hairy.

Thanks, Tyler. It's good to hear from you. You're right: Some names are so funny, they're best left alone. Happy New Year!

That's hysterical! Your son is a cheeky mite. xo

Thanks, Stephy. "Cheeky mite" is right! Well, was right. He's grown up, and only the cheekiness remains. I'll let my son know about your comment.