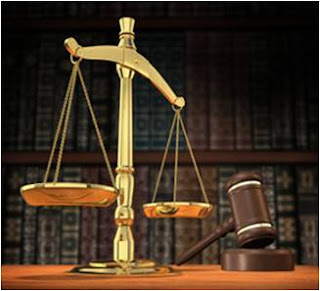 Part of the core of a liberal arts education is the art of argument and critical thinking. I hope I don’t sound snobby saying so, but in contemporary popular culture the art of argument and critical thinking seems to have become a sometimes forgotten art, if not a lost art. Moreover, lack of proficiency in this art seems due in part to a blurring of (at least) four important conceptual distinctions.

In today’s installment of Apologia I would like to disentangle two of these blurred distinctions.

“Don’t be judgmental,” we are often told. Many people today take this to mean that we should not judge positions/ views as true or false, plausible or implausible, right or wrong. With all due respect, these people are mistaken.

Yes, of course we shouldn’t be judgmental if by “judge” we mean to dismiss another person as morally inferior or worthless (usually when compared to oneself) or we mean to damn that other person (to hell). After all, Jesus said, “Do not judge, or you too will be judged” (Matthew 7:1). It would seem that this sort of judging is God’s job, not ours.

However, Jesus also said, “Stop judging by mere appearances, and make a right judgment” (John 7:24). There is, then, another sense of “judge” which is our job, not just God’s. By this sense of “judge” we mean the cognitive activity of making an accurate discernment.

Surely, some judgments are true and right: e.g., that the earth revolves around the sun; that clean drinking water and food are necessary for good health; that we should try to alleviate the suffering of others. Surely, too, some judgments are false and wrong: e.g., that the earth is the centre of our solar system; that oil spills help animal life flourish; that it’s morally permissible for a father to lock his daughter in a basement so he can rape her.

So, contrary to popular opinion—and as odd as it may sound to contemporary ears—sometimes we should be judgmental (in the sense of making an accurate discernment). Significantly, this requires proficiency in the art of argument and critical thinking.

“Don’t argue,” we are often told too. Again, an unnoticed ambiguity needs to be brought to light.

The word “argument” can mean quarrel, which happens when voices are raised, fists are clenched, and more heat than light is generated. If this is what we mean by “don’t argue,” then—yes, please—do not argue!

However, the word “argument” can also mean rational persuasion. In this sense, an argument involves a set of statements (premises) which are used to support, prove, or give reasons for another statement (conclusion). Such arguments are used in courts of law, in medicine, in the sciences, in history, in theology, in philosophy—in all careful investigation.

In this second sense of “argument”—i.e., argument as rational persuasion—the art of arguing is a collaborative affair. That is, when engaging in argument (sense 2) people work together to discern which position has the best reasons for thinking it’s true (or not). An important aid to success in this collaboration is that people show respect to those with whom they disagree. In this way, one’s ego or culture doesn’t readily get in the way of truth, since others often know more than we do, and their arguments may be better than ours.

Next: Opinion vs. opinion, and tolerance vs. tolerance.

For your information, here is a link to that excellent Christian liberal arts college at which I am employed: Providence College.