The Principle of Non-Contradiction 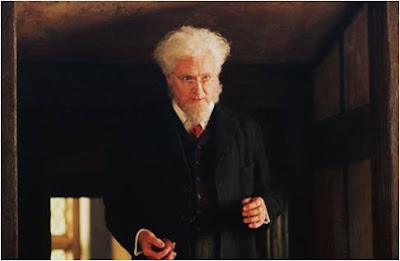 The Principle of Non-Contradiction

Near the beginning of C. S. Lewis’s The Lion, the Witch, and the Wardrobe, a wise professor (in whose home the Pevensie children first discover a passage to Narnia) utters in exasperation, “Logic! Why don’t they teach logic at these schools?”

Lewis (1898-1963) was bemoaning a general lack of proficiency in logic and critical thinking. Were he alive today, I suspect Lewis’s exasperation would continue.

Hoping Lewis would approve, I am going to devote occasional installments of Apologia to the clarification of some fundamental principles of logic and critical thinking.

For starters, let’s consider the Principle of Non-Contradiction (PNC). PNC says this: It is not the case that something can both be and not be, at the same time and in the same sense. The truth of PNC is known via rational intuition/insight: we simply “see” it to be true, once we think about it.

Strictly speaking, PNC cannot be proved because PNC is foundational to logic and thinking. Nevertheless, it seems quite reasonable to offer an indirect defence of PNC. How? By relying on PNC long enough to allow us to have a look at what would be the case if we attempted to abandon PNC.

(Note: We needn't be embarrassed at this limited question-begging since any opponent of PNC would have to do this too when he or she relies on PNC to argue for, contemplate, or assert the rejection of PNC.)

As an indirect defence of PNC, consider the following fun but insightful dialogue between A and B, two fictional disciples of the philosopher Georg Wilhelm Friedrich Hegel (1770-1831). (This dialogue is from H. Gensler’s book Formal Ethics [Routledge 1996], pp. 36-37.)

A: Are you still a follower of Hegel?

B: Of course! I believe everything that he wrote. Since he denied the law of noncontradiction [a.k.a. PNC], I deny this too. On my view, P [where P is any proposition] is entirely compatible with not-P.

A: I'm a fan of Hegel myself. But he didn't deny the law of noncontradiction.

B: You read the wrong commentators!

B: Yes, I guess they're compatible.

B: Yes, I guess they're compatible. I'm getting confused.

A: And you're also not getting confused! Right?

(End of fun but insightful dialogue.)

In other words—and more seriously—if one accepts contradictions, then the following pairs of theses are logically compatible (i.e., can be true together): that Martin Luther King's teachings against racial segregation are true, and that Afrikaner teachings in favour of apartheid are true; that women are morally equal to men (a view of western civilization), and that women are morally inferior to men (a Taliban claim); that murder is wrong (believed by most people), and that murder isn’t wrong (believed by serial killer Ted Bundy).

Surely, though, each of the above pairs of claims is logically inconsistent—logically contradictory—and cannot be true together.

It very much seems, then, that the Principle of Non-Contradiction is true: it’s not the case that something can both be and not be, at the same time and in the same sense.

Logic! It should be taught in every school.

Here is philosopher Douglas Groothuis on truth and contradiction. (The brief discussion of paradox in the comments section is helpful.)