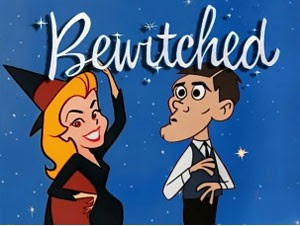 According to philosopher Ludwig Wittgenstein (1899-1951), "Philosophy is a battle against the bewitchment of our intelligence by means of our language." By this he meant (among other things) that often our confusions can be resolved by carefully attending to our use of words.

One function of language is to communicate stories to aid our understanding of the world. But sometimes these stories don't help—they bewitch us.

I put it this way: Stories without the light of reason and evidence blind us, and in the darkness bind us. (Yes, I love Lord of the Rings.)

Some examples (mine, not Wittgenstein's).

But wait. We are all blind, except for the storyteller, who assumes the perspective of the king?

Better lesson: We are not all (completely) blind—we too can have the storyteller's perspective. We can use reason and evidence to evaluate perspectives to realize that some are better (closer to truth) than others.

Some philosophers argue that language blocks our knowledge of reality. Language is socially constructed, it reflects our culture's values and reasoning processes, and language continually refers to other language (see dictionary). So we are in a "prison" of language. So communication falters.

But wait. Didn't the communication above take place via language? Didn't you understand what I just wrote?

Lesson: Philosophies of language/ knowledge written in a book must account for the known reality of that book and the known reality that the book's contents (words expressing the author's intentions) can be accurately understood by readers. If not, philosophers would never complain about being misrepresented. But they do. And sometimes rightly so.

Some philosophers have held the view that language is meaningless unless a claim can be verified empirically via science or it's analytic (i.e., true by its internal logic, such as "all triangles have three sides").

But wait. This view is neither a finding of science nor true by definition. It's a philosophical view (about science and language). And wouldn't a claim have meaning even before it's verified? If not, how could we know what counts as verification?

We all see (interpret) reality via paradigms (conceptual schemes) that are historically situated (conditioned), so all observation is theory-laden (reflecting our historical perspective/ bias), so we can never really know reality as it is.

It turns out that the claim that we all see (interpret) reality via paradigms is an outside/ meta-paradigm view, which we apparently do have, at least to some extent. And it's enough to give us a handle on knowing the real.

Science tells us that we only perceive sense-data (the neurological stuff sent to our brains via our senses), not the real world as it is.

But wait. To gain traction via science, doesn't this view depend on our truly seeing (via science) the way the senses and brain actually work? Answer: Yes. But this means that sense-data are not the terminus of perception but, rather, the means—that through which—we actually see.

No, I tell my students. Turn your face toward me (away from your iPhone), and you'll see me better.