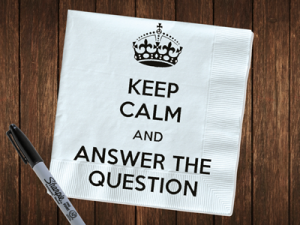 What is apologetics? Why is it important for Christians?

Apologetics is the intellectual discipline/ practice in which one presents reasons for one’s worldview or philosophy or spirituality, to commend it as true—done typically in response to questions or objections, to arbitrate between competing worldviews, philosophies, and spiritualities.

"Apologetics" derives from the Greek word apologia, which means a reasoned defence or justification of an intellectual position or even conduct. Plato’s book Apology is an extended apologia in which Socrates defends himself at a trial against false charges of corrupting Athenian youth, charges that arose from his relentless questioning of Athenian cultural pretenses. (An apology, then, doesn't always mean saying sorry.)

For truth-seeking individuals, the doing of apologetics—the presenting of an apologia—involves not only setting out reasons for a position, but also carefully assessing the reasons pro and con. If there are false or deceptive worldviews, philosophies, and spiritualities, we should strive to be critical thinkers who discern truth.

Specifically Christian apologetics involves setting out reasons for commending the Gospel as truth and refuting objections to knowledge of God, and such apologetics is to be done with gentleness and respect (1 Peter 3:15).

Why is apologetics important for Christians?

There are at least three reasons, which Christian philosopher, theologian, and apologist William Lane Craig sets out in his book On Guard: Defending Your Faith with Reason and Precision.

First, apologetics (done well) shapes culture in such a way that it inclines people to be more open to the good news of Jesus Christ. That is, apologetics creates an intellectual milieu such that the truths concerning the life, death, and resurrection of Jesus are not wholly dismissed as mere superstition. The alleged truths become, in the words of William James, a "live hypothesis" (i.e., a real possibility to be considered).

(This fits with what the Christian philosopher Francis Schaeffer called "pre-evangelism." This also fits with the notion of apologetics more broadly defined by religion professor John Stackhouse Jr., who suggests that "anything that helps people take Christianity more seriously than they did before, anything that helps defend and commend it, properly counts as apologetics." Stackhouse includes art and music.)

Second, apologetics strengthens those who are already followers of Jesus. I can attest personally that knowing that there are good reasons for believing that God exists, that Jesus claimed to be God, and that Jesus did in fact resurrect bodily after being killed—knowing these reasons helps me continue to be a follower of Jesus when I'm in doubt or struggling. Apologetics has helped me maintain my faith (and grow in faith) through three philosophy degrees at universities that were sometimes intellectually inhospitable to Christianity.

Third, apologetics wins people to Christ. Craig writes: "Like a missionary called to reach an obscure people group, the Christian apologist is burdened to reach that minority of persons who will respond to rational argument and evidence."

Clearly, the Holy Spirit uses reason and evidence to draw people to God!

Of course, apologetics isn't the only means whereby people are drawn to God. Living a life characterized by love of God and neighbour—what Craig calls the "ultimate apologetic"—is crucial. So is prayer.

To learn more about Christian apologetics, I invite readers to take the one-week course Special Studies in Philosophy of Religion: William Lane Craig's Campus Apologetics. This course will be offered at Providence University College from April 20 to 24 (check ProvidenceUC.ca) and will be taught by…me.

Resources that I've found helpful and which I recommend: