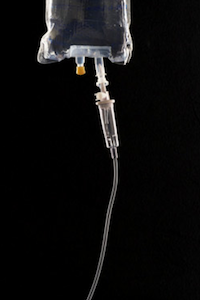 Unfortunately, public discourse on PAS has been skewed: it tends to look at arguments in favour of PAS, not against. But we should look at pros and cons, not just pros.

A major pro for PAS has to do with personal autonomy, i.e., the individual's choice in response to suffering. Suffering can be terrible, to be sure. And freedom is important, truly.

However, the freedom to exercise one's choice is not absolute. I do not have the freedom to swing my fist without regard for the tips of other people's noses.

So, yes, individual freedom is important, but the individual does not live in a social vacuum. In public policy debates we should think about the individual's freedom AND the consequences for the larger society.

The acceptance of PAS has (at least) four cons or concerns—i.e., four possible negative consequences for the larger society—which should also be considered.

Concern 1. With the acceptance of PAS, our society will see suicide more and more as a legitimate way of solving an individual's problems. Got a problem that makes you suffer? Don't forget you can get help to kill yourself!

(This scenario is not far-fetched. At one of the universities I attended not too long ago, I worked as a teaching assistant in an ethics course for a fellow doctoral student who told the class [a] that he had advised his roommate that suicide was an option as a solution to the roommate's problems and [b] that subsequently the roommate committed suicide. My fellow doctoral student displayed no qualms about the advice.)

Concern 2. Life will no longer be seen as society's default position and so our most vulnerable—the elderly, terminally ill, disabled—must begin to justify their lives. Surely, this is a nasty burden to place on people when they're already down.

Concern 4. With the acceptance of PAS, a non-fallacious, logical-legal slippery slope looms large.

Reasons for one action sometimes also justify other actions that are unintended to be justified by those reasons. The alleged right to end one's life because one is suffering justifies not only the situation of the terminally ill, but also the elderly, the disabled, the parent suffering the loss of a child, the person suffering chronic back pain, the depressed, etc. (Think of the experience of Belgium and Netherlands here.)

Enter: so-called safeguards—and their failure. Significantly, if we have already accepted individual autonomy as a legal justification for PAS, how can we deny anyone PAS?

Courts will do what courts do: promote consistency. But consistency requires that PAS's fundamental justifying principle—i.e., that the sufferer has the right to choose PAS to end his/her suffering—will carry more legal weight than the situational differences. The situational differences will (with the help of a good lawyer) be seen to be incidental.