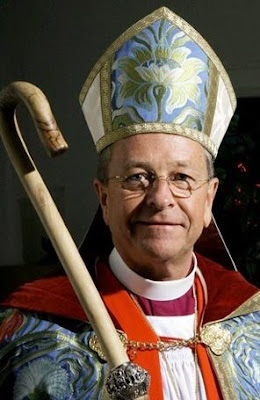 The openly gay Episcopal Bishop Gene Robinson (recently retired) claims the following in his book God Believes in Love (Knopf, 2012): "homosexuality as a sexual orientation was unknown to the ancient mind." Robinson adds: "The psychological construct of a homosexual orientation was not posited until the late nineteenth century…there was no understanding that such same-gender attraction might be 'in the nature' of a certain minority of people."

Some scholars today even claim that the notion of a sexual orientation separate from sexual behaviour was unknown to writers of the Bible.

I think the above claims are false. Here are my reasons.

Yes, the term "homosexuality" was coined in the late nineteenth century (by a German psychologist), but it very much seems that both the concept (idea) and the reality of homosexual orientation, in contrast with homosexual sexual behaviour, have been around much longer.

The ancient philosopher Plato (c. 429-347 BC) wrote a number of dialogues, some of which deal with same-sex sexual relationships. In Plato's dialogue Symposium it's difficult if not impossible to understand the relationship between the characters Alcibiades and Socrates without making use of the distinction between homosexual orientation and sexual behaviour.

Also in Plato's Symposium the character Aristophanes sets out an account—a creation story—of "original human nature." This story clearly points to the notion of sexual orientation as distinct from same-sex sexual behaviour.

Aristophanes' account of human nature doesn't use the words "sexual orientation" but his description reflects the reality and the concept that homosexual orientations—i.e., strong, persistent, enduring same-sex attractions—existed and were known to exist. Aristophanes' account also reflects the known reality and concept of same-sex sexual behaviour, for his account attempts to explain the origins of this behaviour. (For further reading, see Lysis, Phaedrus, and Symposium: Plato on Homosexuality, translated by Benjamin Jowett [Prometheus, 1991].)

The highly credentialed New Testament scholar Robert Gagnon confirms the above (Gagnon's graduate degrees are from Harvard and Princeton). Gagnon writes: "there is considerable testimony in ancient sources to the belief that same-sex passions, at least in some cases, are congenital" (The Bible and Homosexual Practice: Texts and Hermeneutics [Abingdon, 2001], p. 384).

Gagnon mentions Plato's Symposium, but also mentions the ancient philosopher Aristotle (384-322 BC): "Aristotelian thought speculated that some males who desired to be penetrated by other males…were so disposed 'by nature'…and others 'from habit'…."  Gagnon mentions other ancient sources as well. (See too Gagnon's criticism of Internet-sensation Mathew Vines on this point in "Theologians Find Vines' 'Homosexuality Is Not a Sin' Thesis Not Persuasive," Christian Post, April 20, 2013.)

Also, according to the Stanford Encyclopedia of Philosophy entry on homosexuality, "Alexander the Great and the founder of Stoicism, Zeno of Citium, were known for their exclusive interest in boys and other men."

Clearly, there are good reasons for thinking that in ancient times people in fact had—and knew about—enduring sexual predispositions, what we call orientations, which would incline a person to same-sex sexual expression or behavior.

Now, we should ask: Did writers of the Bible know about the concept of sexual orientation as an attribute of the person separate from their sexual behavior?

I think that the answer is Yes. Keeping in mind that the apostle Paul was acquainted with Stoic and Epicurean philosophers, permit me to appeal to the academic authority of the eminent New Testament scholar and historian of ancient history N. T. Wright.

Wright says the following (in an interview on the Bible and homosexuality): "One thing that I do know, as an ancient historian, is that there is nothing in contemporary understanding and experience of homosexual condition and behavior that was unknown in the first century. The idea that in the first century it was all about masters having odd relationships with slaves, or older men with younger men—yeah, sure, that happened—but read Plato's Symposium. They have permanent, faithful, stable male-male partnerships, life-long stuff—Achilles and Patroclus in Homer, all sorts of things."

Wright adds: "Paul in Corinth will not have been unaware, in a world where private life only is for the very rich and the very aristocratic, everyone else does what they do pretty much in public. Paul will have known the full range of stuff, so that the idea that 'Oh, well, in the first century they didn't know, we now with our scientific knowledge [do know]'—that's a little bit of Enlightenment arrogance again actually." (N. T. Wright, "On debate about homosexuality," YouTube interview, 2009.)

As Wright goes on to say, this doesn't settle the debate about what the Bible says about homosexual sex—it is to frame the debate.

In so doing, I would add, it wreaks havoc with frames, such as Bishop Robinson's, which misrepresent history.

P.P.S. For stories, questions, and resources on Christianity and same-sex attraction: