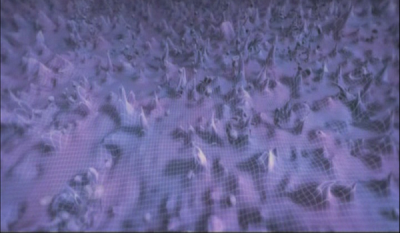 A fallacy is a mistake in reasoning or argument. Some fallacies are so common that they have been given their own names. Today we will look at the fallacy of equivocation.

According to logician Trudy Govier, "The fallacy of equivocation is committed when a key word in an argument is used in two or more senses and the premises of the argument appear to support its conclusion only because these senses are not distinguished from each other."

In other words, the fallacy of equivocation occurs when in the course of an argument the meanings of an ambiguous word or phrase are traded unfairly to get us to accept the conclusion when in fact we shouldn’t.

Sometimes the fallacy of equivocation is easy to spot. Consider the following argument:

Clearly, something is amiss with the above argument. Assuming that both premises are true (and ignoring the possibility that, say, dolphins are also rational animals), it turns out that the argument only goes through if we don't notice that the word "man" is used in two different senses: in premise 1 "man" means humankind, and in premise 2 "man" means male.

In other words, the argument only works by trading unfairly on the ambiguity of the word "man"—and so the argument commits the fallacy of equivocation.

Clearly, something is amiss here too. Yes, both premises are true. However, the argument only goes through if we fail to notice some semantic sleight of hand.

In premises 1 and 2 the words "no cat" first function as a description of the non-existence of a particular entity (i.e., "no cat" means zero cats); but then, when the argument invites us to accept the conclusion, the words "no cat" instead function as a name or label for an existing entity that has properties (i.e., a cat with eight tails). Hence, the equivocation fallacy occurs.

Now consider this argument (which members of the Philosophy Undergraduate Society at the University of Windsor proudly displayed on their T-shirts a few years ago):

Is something amiss here? Happily, yes. What's the problem? I will let the reader figure this one out! (Hint: the problem is similar to that of the previous fallacious equivocation wherein non-existence is given a name and mistakenly treated as if an existent being.)

Sometimes the fallacy of equivocation is not so easy to spot (and not as fun).

For the next example, some context and background information will be helpful.

An important argument for God's existence is the kalam cosmological argument. The kalam argument states the following: Whatever begins to exist has a cause for its beginning (because out of nothing, nothing comes); the universe began to exist (witness the evidence for the Big Bang); therefore, the universe has a cause for its beginning—a cause that is very powerful (because it produced the universe) and transcendent (because it brought all matter/energy, space, and time into being in the first place and so is beyond matter/energy, space, and time).

● Premise: Sub-atomic particles “pop” into existence out of nothing when a vacuum fluctuation occurs.
● Conclusion: Something can come out of nothing!

Thus, according to this objection, the universe began causelessly out of nothing—and so there's no need for God.

Should we be persuaded by this objection? Answer: No.

In the above argument the “nothing” in the conclusion means no being whatsoever, but the "nothing" in the premise means quantum vacuum. Significantly, however, a quantum vacuum is not nothing when "nothing" is understood in the second sense of having no being.

Why? Because a quantum vacuum is a seething, fluxing sea of energy—which means it is something, not nothing. Hence, the objection commits the fallacy of equivocation.

Thus, the truth of the philosophical principle out of nothing nothing comes remains, as does the soundness of the kalam cosmological argument.

The fallacy of equivocation is sometimes a fun fallacy, but at other times it's fanciful philosophical foolishness.

(Hendrik van der Breggen, PhD, is assistant professor of philosophy at Providence College, Canada. The views in this column do not always reflect the views of Providence.)
Posted by Hendrik van der Breggen
Email ThisBlogThis!Share to TwitterShare to FacebookShare to Pinterest
Labels: Critical thinking, Fallacy, Fallacy of Equivocation, Logic

For the record: I completed my Philosophy undergraduate degree at the U of Calgary, not U of Windsor.

I received your surprise package in the mail. Thank you very much for the essay. I really do appreciate all the thought you put into your blog here, and a caring connection with me. You are a good man, and I'm glad to know you.

As a return, I am presently editing an essay of my own. Though I cannot ensure Ph.D quality, I think you'll find it a fair look at the topic it covers.

I'm glad the essay arrived in the mail, and thanks for the kind comments. I'm glad to know you too, and it's good that we've been able to maintain our friendship. Oh no, I just left some nasty comments over on your blog –- so now you might have to recant! Seriously, I did leave a couple of comments on your blog, but they aren't nasty; they are merely thoughtful. I look forward to seeing your essay.