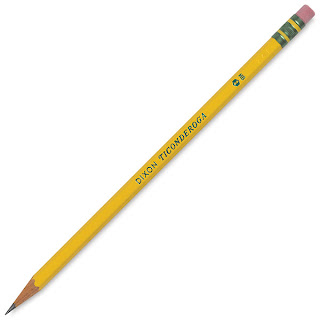 Here’s an example: Let’s say I argue that everything is either black or white, but X is not black, therefore X must be white. This is a false dichotomy fallacy because the truth of the matter is that there are shades of grey as well as shades of red, orange, green, etc.

Consider this claim from New Testament scholar D. A. Carson (Carson doesn’t believe this claim, he merely and correctly presents it as a fallacy incurred by some thinkers he calls “hard postmodernists”): “Either we human beings can know something absolutely, perfectly, exhaustively…or we human beings can at best glimpse some small perspective on something or other without any mechanism for discovering whether our perspective is an important part of the whole, a distorted view of the whole, or a skewed view of the whole….”

In other words, either (a) we can have certain, infallible, and complete knowledge of X, or (b) we should embrace skepticism concerning knowledge of X—i.e., we can’t know X truly.

Clearly, we do not and cannot have certain, infallible, and complete knowledge (because we are not God). So, or so the (fallacious) argument goes, we should be skeptical. We cannot know. End of argument.

Significantly, however, a third alternative is missing. Consider (c): We sometimes can and do know X truly, albeit fallibly and non-exhaustively.

I know that the object in question is a wooden pencil by carefully observing its salient features: It's about 7 inches long, yellow, wooden, thin like other pencils, plus has a blackish lead, brownish eraser, shiny metal band.

Of course, I should admit that it’s logically possible that I’m hallucinating or in a Matrix—clearly, I don’t have absolute certainty. However, I also know that mere logical possibility (such as the moon might be made of cheese) isn’t sufficient grounds for actually taking seriously that the possibility may be true (that the moon is in fact made of cheese). That is, I know that mere logical possibility (i.e., a description that isn’t internally contradictory) isn’t the same as epistemic plausibility or probability (i.e., an evidence-grounded knowledge claim).

Happily, via the doing of various types of critical thinking—e.g., the sciences, history, New Testament studies, philosophy, etc.—I can know even more things, or at least come to a reasonable belief concerning those things, albeit fallibly and in a limited sort of way.

The false dichotomy fallacy—it sometimes takes careful thinking not to be fooled by it.

To whoever is leaving links to pornography sites: Please stop.

This is a bit of an aside, but related: For an interesting discussion of postmodernism, look here.

(I confess: I lean toward the "Biola School" and "critical appreciation".)