Stephen Hawking, the Big Bang, and the North Pole 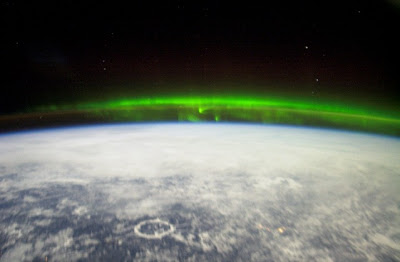 Stephen Hawking, the Big Bang, and the North Pole
For many thoughtful people, it seems that if the big bang occurred, that is, if the physical universe—all matter/energy, space, and time—exploded into being out of nothing physical, then this would strongly suggest that there is a powerful cause of the universe. Because this powerful cause would transcend the physical universe, it could provide evidence (as a part of a cumulative case argument) for the existence of God.

According to some critics, however, talk of a cause of the universe's beginning should be dismissed as nonsense. Why? Because to ask what caused the big bang assumes that the universe's cause came "before" time, but time itself came into being at the big bang, and so to think that something comes “before” time as the cause of time is to think that there is time before time, which is silly.

The above criticism sounds good, and persuades many, but is it sound? That is to ask, is it reasonable to accept? We should think not.

Significantly, this latter understanding of causality is all that is needed for the notion of the universe’s cause to remain within the realm of reason.

Or think of a ball sitting on a pillow for an eternity, causing an indentation on the pillow for all eternity.

In these instances of simultaneous cause and effect we see that some causes are (to use philosophical talk) ontologically prior to the effect, but not temporally prior. That is, they come first in terms of being, but not time. Although most causes do precede their effects in time (and no causes occur after their effects), and although we perceive simultaneous causation within time (we exist in time after all), it is nevertheless clear that causation is not essentially a temporal notion. Time is not a necessary condition of causality per se.

It's not unreasonable, then, to think that time's creation could occur simultaneously with its cause. Therefore, to talk of a cause of time is not logically absurd.


Contrary to what Hawking and company think, then, we are not asking something like "What is north of the North Pole?" Rather, we are asking something like "What is above the North Pole?" Because the answer to the latter question is not logically absurd, neither is the idea that the big bang—the beginning of all matter/energy, space, and time—has a cause.

Such a cause would seem to be not only very powerful and universe transcendent, but also timeless. Such characteristics strongly and reasonably suggest God.

(Hendrik van der Breggen, PhD, is assistant professor of philosophy at Providence College, Otterburne, Manitoba. The views in this column do not always reflect the views of Providence.)

P.S. The photo above is of the Aurora Borealis (Northern Lights) as viewed from the International Space Station Expedition 6.
Posted by Hendrik van der Breggen
Email ThisBlogThis!Share to TwitterShare to FacebookShare to Pinterest
Labels: Big Bang, North of the North Pole, Stephen Hawking