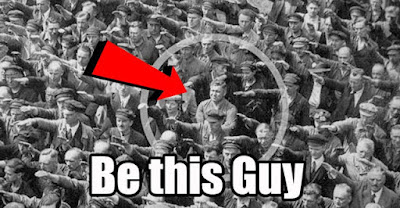 If you think physician-assisted killing is wrong, it's time to oppose it.

Yes, the Supreme Court of Canada calls it "physician-assisted dying." But this is a euphemism, a nice way of describing what is in fact not nice (like "going to the washroom" is a nice way of saying "going to take a piss"). Physician-assisted dying suggests comfort care at the end of life, but in actuality refers to doctors directly killing patients.

Yes, it's good for objecting doctors to insist on conscience provisions, i.e., insist that if a doctor thinks physician-assisted killing is wrong, then he/she shouldn't have to do it or make referrals to others who will.

But this is not enough. Think about it. If you think killing patients is truly wrong, as, say, slavery is truly wrong, then it's not enough not to be required to own slaves or not to have to refer slave-buyers to slave sellers. We must object that slavery itself is wrong, period, and wrong for all.

Manitoba's College of Physicians and Surgeons might object (as they do) that "Physicians must not impose their moral or religious beliefs about physician assisted dying on patients." But isn't the college (and Canada's Supreme Court) imposing the moral belief that life is no longer the default position and so the patient must choose to live or be killed (patients already have the choice to say no to extraordinary and burdensome treatments that merely prolong dying) and so doctors must ensure (by referral or providing accurate information/ directions) that somebody kills them?

Intellectual health warning: Somebody is having their philosophical cake and eating it too!

I am troubled. I believe we have not learned our philosophical lessons from history.

Consider the following passage from Dr. Leo Alexander (1905-1985), medical advisor to the U.S. Chief of Counsel at the Nuremberg Trials, trials in which Nazis were convicted of crimes against humanity (this passage is from Alexander's paper "Medical Science Under Dictatorship," The New England Journal of Medicine, 241:2, July 14, 1949):

"Whatever proportions these crimes finally assumed, it became evident to all who investigated them that they had started from small beginnings. The beginnings at first were merely a subtle shift in emphasis in the basic attitude of the physicians. It started with the acceptance of the attitude, basic in the euthanasia movement, that there is such a thing as life not worthy to be lived."

Dr. Alexander continues: "This attitude in its early stages concerned itself merely with the severely and chronically sick. Gradually the sphere of those to be included in the category was enlarged to encompass the socially unproductive, the ideologically unwanted, the racially unwanted, and finally all non-Germans. But it is important to realize that the infinitely small wedged-in lever from which this entire trend of mind received its impetus was the attitude toward the nonrehabilitatable sick."

I don't believe that there is a Nazi Party on Canada's horizon (thank goodness). But I do believe that some of the deep philosophical principles of what Pope John Paul II (1920-2005) called the Culture of Death are becoming prevalent in our society.

Surely we should instead encourage a culture of life wherein palliative care (which can manage physical pain 90-95% of the time) and social supports (for the sufferers and their care-givers) are better funded and more accessible across Canada.

"All that is necessary for evil to triumph is for good men to do nothing," is a wise saying attributed to Edmund Bourke and others.

Hendrik van der Breggen, PhD, teaches philosophy at Providence University College. The views in this column do not always reflect the views of Providence.