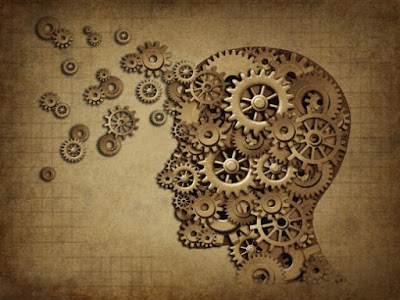 Today I will make a secular philosophical case for MLF (next time I'll provide a theological case). I'll define MLF, then contrast it with determinism, then set out four brief arguments—a cumulative case argument—for MLF.

MLF means that I am an intelligent causal agent. On this view, the cause of my action originates with, i.e., is produced and initiated by, me. Whether a particular action occurs is up to me. I have the power to do otherwise. Philosopher Robert P. George characterizes MLF as "the power of an agent to cause what the agent is not caused to cause."

In contrast, determinism says all my desires and choices to act are effects wholly necessitated (as opposed to merely influenced) by a set of preceding causes. On this view, "freedom" means merely that our actions result unhindered from our wants and desires, which are wholly caused by nature and nurture. Theoretically, I could do otherwise, if I wanted to. But my wants are wholly determined and are what they are, and I must dance to their tune. So, in fact, I couldn't do otherwise.

1. Our intuition that we are sometimes free agents counts in favour of MLF. My raw non-inferential experience in everyday life is such that I sometimes do in fact initiate an action.

Try this simple experiment. Hold out your index finger. Now realize that you can move your finger either to the right, to the left, up, or down. Now move it in one of these directions. The movement of your finger one way or the other is up to you. And you intuit—know—this.

But isn't it possible that the intuition is illusory? Maybe there are unnoticed causes at work?

Reply: Yes, it's possible. We can imagine that the intuition is illusory. But keep in mind that mere possibility is not plausibility and that to imagine a doubt is not to really doubt. Also, there are more arguments.

2. Our experience of deliberation counts in favour of MLF, too. Goal-oriented contemplation concerning which of two (or more) future courses of action we should choose makes good sense on the assumption that doing alternative A and doing alternative B are each within my power to do. I can weigh pros and cons—and still pick either alternative.

Philosopher Richard Taylor observes, "I deliberate in order to decide what to do, not to discover what it is that I am going to do."

3. The reality of moral judgment and moral obligation also counts in favour of MLF.

Philosopher Lois Hope Walker adds: "It simply makes no sense to say that I have an obligation to do something that I do not have the power to do."

4. Lastly, if MLF is false, then you are a robot (determined) or a mere spasm (undetermined/ random). But you know you are neither.

Thus, we have good reasons for thinking metaphysical libertarian freedom is true.

In a world generally governed by laws of nature, we are odd and mysterious creatures. Nonetheless, wisdom calls us to choose (and live in accordance with) life, truth, goodness, and beauty.