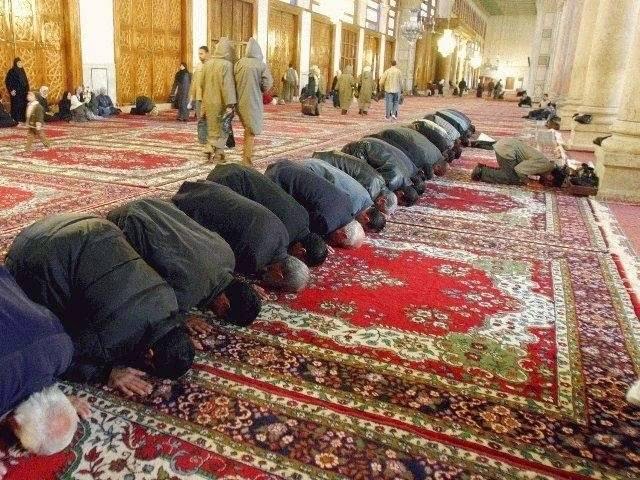 Jesus is an important prophet, according to Islam, but Jesus is not God in human flesh, contrary to Christianity.

Also, Jesus didn't die on the cross (somebody else did) and Jesus didn't resurrect bodily after death—all this according to the Qur'an, written in another country 600 years after the events. (Note: Christianity's New Testament evidences are closer to the events geographically and in time because they contain accounts of eyewitnesses and close associates of eyewitnesses.)

The focus of Islam is the man Muhammad, who is (allegedly) God's latest and greatest prophet. Significantly, whereas Jesus shed his own blood for others, Muhammad shed the blood of others.

Is jihad a holy war against unbelievers (infidels) or merely a personal spiritual struggle? Consider these observations from Irving Hexham, a well-respected professor of religious studies at University of Calgary, from his book Understanding World Religions (2011):

"[T]he popular milk-and-water version of Islam found in most religious studies texts [in Western universities] is, to say the least, misleading. Jihad is indeed primarily a form of warfare in defense of Islam [i.e., it's not merely a spiritual/ personal struggle against one's carnal desires]."

According to Hexham, "This means that, however much one may disagree with the methods of people like Osama bin Laden [ISIS, etc.], it is highly misleading to dismiss them as 'extremists' or argue that they 'don't understand Islam,' as some writers suggest."

Hexham adds: "The truth is, bin Laden [ISIS, etc.] have decided that Islam is under threat from the West and that Western values are undermining Muslim societies. Therefore, in their own eyes, they are fighting a legitimate war, or jihad, in defense of Islam."

When Muslims talk about Islam being a "religion of peace," peace isn't what we in the West usually think. It's not live and let live.

Hexham writes: "For Muslims, Islam is a religion of peace, because the imposition of Islamic rule brings areas under Muslim control to peace and order in accordance with Islamic teachings about the will of God. Thus it is a Pax Islamica, which imposes peace by dominating all opponents by force or arms."

So, are all Muslims terrorists? Answer: No, definitely not.

Zane Pratt, a Christian missionary to central Asia, is author of the article, "10 things every Christian should know about Islam." Pratt (correctly) observes: "The vast majority of Muslims are not terrorists."

Pratt adds: "In fact, normal Islamic religious law forbids the intentional killing of non-combatants in battle. It also forbids suicide. It's a small minority view that allows these things, and it's a small minority who engage in terrorist activities."

But let's pause a moment. According to Pratt, "it's a small minority [of Muslims] who engage in terrorist activity." Yet, according to Hexham, it is "highly misleading to dismiss them [this small minority] as 'extremists' or argue that they 'don't understand Islam.'"

Enter: the need to think carefully.

Review: (1) Islam denies the Lordship of Jesus Christ, who spread his message peacefully, but Islam admires Muhammad, who spread his message violently; (2) those Muslims who take jihad as killing non-Muslims understand Islam and are not extremists; (3) Islam, as a "religion of peace," tends to view "peace" as submission to, i.e., forceful domination by, Islamic rule; (4) the vast majority of Muslims are (truly) peaceful.

What should we do? I recommend that we show love to Muslims, pray for them, discern truth, plus speak truth with gentleness and respect.

Here is a helpful debate between David Wood and Shadid Lewis: Is Islam a threat to the West?

Here is a helpful website that features the apologetics work of David Wood: Answering Muslims.